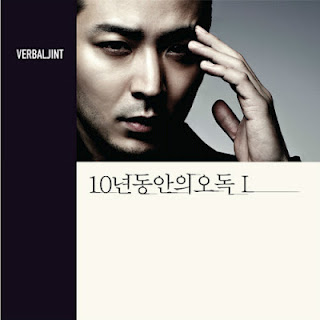 Who would have guessed? Verbal Jint leads the Korean hip hop scene in 2012

He’s been in the game for many years (13 exactly), but it was only last year, with the release of Go Easy, that he rose to mainstream prominence. His name? Verbal Jint. And his latest delivery was actually all about it. Entitled 10 years or Misunderstanding, the album, released in June, is as emotional as hip hop can get. That is, more than hip hop music, Verbal Jint has crossed styles and exceeded conventions to become this UFO in the Korean music industry.

Though vastly unreported, Verbal Jint’s whole album ranked high upon release and most tracks on it, though served by only a couple of live promotions, have remained steady in the charts, even to this day, 50 days after release.  Even idols with exhausting promotions and overblown exposure, struggle to achieve such rankings. In recent years in the indie field, this is a feat only hip hop legend LeeSsang has been capable of, with their 2011 album Asura Balbata, but actually failed to reproduce this year, with Unplugged.

Let it be known, Verbal Jint isn’t the underdog or this underrated artist anymore. He is the new leading figure of the Korean hip hop scene. And even if that could have been expected after his promising year in 2011, this goes down as one happy SURPRISE for 2012.