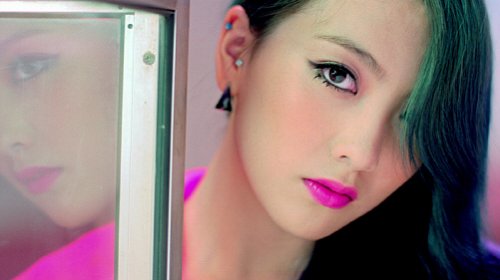 The first teaser photo revealed is for the youngest member, Jiyoung. In this new concept, she has departed from her usual maknae image and transformed to a grown-up image. Wearing a pink coat with her silver hair fringed, her eyes look intense at the camera as though she was looking at Pandora’s box.

Fans can look forward to the release of the other members’ teasers photos soon, in the following order: Hara, Gyuri, Nicole and Seungyeon. Pandora is set to be released on August 22.