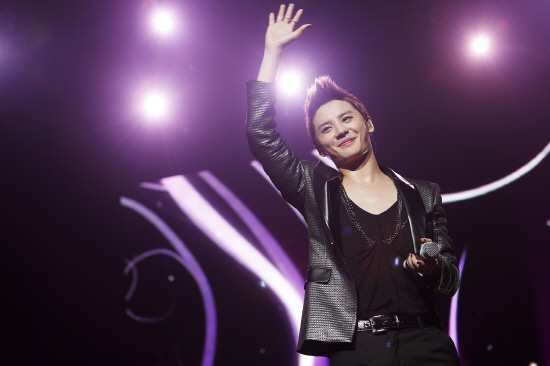 [The following is a direct translation of the article as it appeared on Nate via Sports Chosun.]

On August 30, JYJ member Kim Junsu started his first world tour in New York’s Hammerstein Ballroom. Until now, idol groups, girl groups, and agency ‘families’ have gone on these, but Kim Junsu is the fist solo artist to start a world tour alone.

To that extent, the New York performance had a special meaning to K-pop. This was a breakthrough not only for Kim Junsu, but also for K-pop, which had been hampered by limited genres and artists.

No more words are necessary. Kim Junsu is an artist that represents K-pop. The group he belongs to, JYJ, shocked not only the Japanese media but also Korean music authorities because the group gathered about 100,000 fans within two days at the concert that was held in Tokyo Dome in June 2010.

If you consider his fame, the small stage could be unfamiliar and awkward for him because the tour started in a stadium that could only hold 3000 people.

However, this was only a small part of the long-term project for Junsu to jump up to become a world star. His agency representative, Baek Chang Ju, said,

“In order to perform in many cities worldwide and not end with a one-and-done performance by being overly attached to scale, he performed in a small venue. Also, instead of receiving guarantees from a local promoter, the company is directly investing to run the tour. “

The reaction of 2000 fans that were able to obtain the ticket was fanatic. It was easy to find many women fans in their twenties not only from Asia but also from U.S., Canada, and Spain. 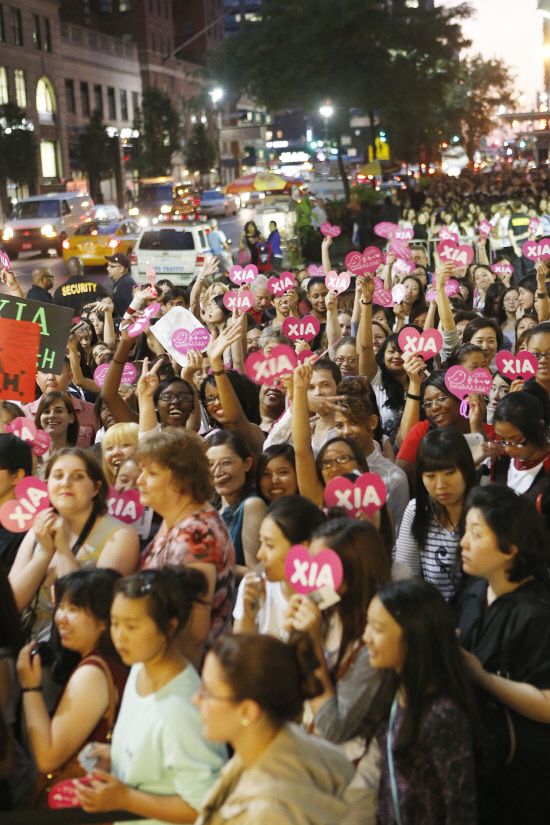 ▶The reason why Kim Junsu was the protagonist to rewrite K-pop history.

The music video of Tarantallegra, the title song of his first solo album, started the concert. The audience heated the atmosphere by dancing to the song. Next, Kim Junsu met the expectations of New York fans by dancing and singing to Dance and No Gain.

Meanwhile, even though many male soloists held concerts in foreign nations, the reason why Kim Junsu was the first to hold a world tour is special. It is precisely because he has the charm that is hard to find in other artists. As a musical actor,  he mastered acting and singing.

Showing off his singing skills by singing ballad songs such as You Are So Beautiful, 알면서도 (Even though you know), 돌고 돌아도 (Turning Round And Round) as a vocalist, he showed off his fancy dancing skills through Tarantallegra and Fever. Furthermore, he performed the songs he acted and sang to in the musicals he was part of: 마지막 춤 (Last Dance) from Elizabeth and 나는 나는 음악 (I’m I’m Music) from Mozart.

This concert went for 120 minutes with singing, dancing, and acting but the tension made those 120 minutes seem like a quick blink.

Having the worldwide star project ahead, he introduced his English single that day. The album containing the English version of Tarantallegra and an urban-pop style R&B song, Uncommitted, was recorded and the music video produced with the best crew in Los Angeles. On this day, August 30, by performing Uncommitted, he not only satisfied English-speaking fans but even raised their attention to the next level.

“I like the fact that Kim Junsu has that ability to express his emotions when singing which other singers do not have.”

“I saw his face right in front of the stage. It seemed like he was really enjoying it.” 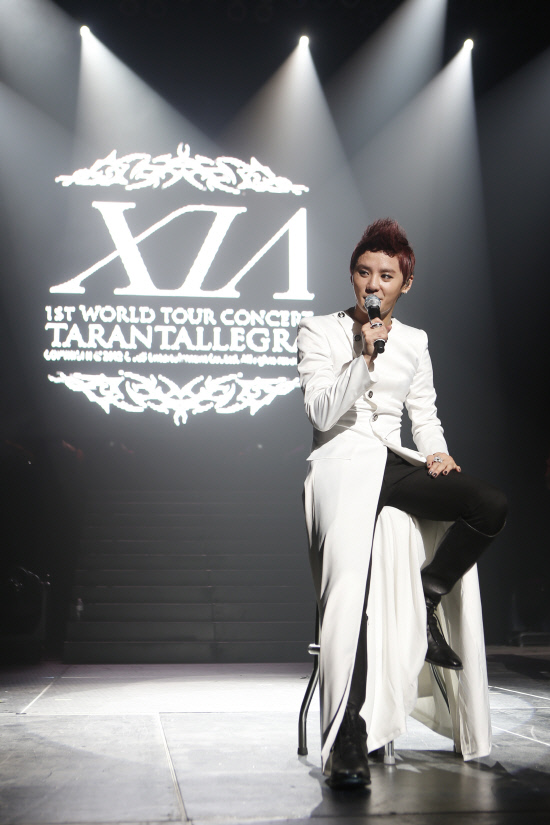 ▶ The significance of his tears every time he performed in New York.

Off of a fresh start, he will have future concerts on September 2 in L.A., September 6 in Mexico, September 8 in Brazil, and in two European nations in November.

Though he is evaluated to be a successful solo artist, ironically, Kim Junsu could not avoid this precise reality. The fact that JYJ cannot promote on TV made drama appearances – like those of other members, Park Yu Chun and Kim Jae Joong – the only TV outlet for Junsu. Still, because he was more confident in singing and dancing than acting, he had to fall into a dilemma.

In the meantime, Junsu chose the third option of recording a solo album and released his first solo album, Tarantallegra, as Xia in May.

Kim Junsu teared up three times on stage in New York. This showed how hard and stressful the long period of time that he had to contemplate on returning as a solo artist was for him.

He was able to meet high expectations even in the worst conditions because the era of publicizing music merely through broadcast has passed away. Junsu disclosed his opinion, saying:

“I think the conditions are no longer too hopeless because development in Internet technology has made it easy for the whole world to get in touch with content. This is why I decided to risk everything on the music video. I think the cost of filming was three times that of other musicians’.”

It is projected that the world tour, with its stable start, will lead to the era of “World Star Kim Junsu” as he releases more and more songs.