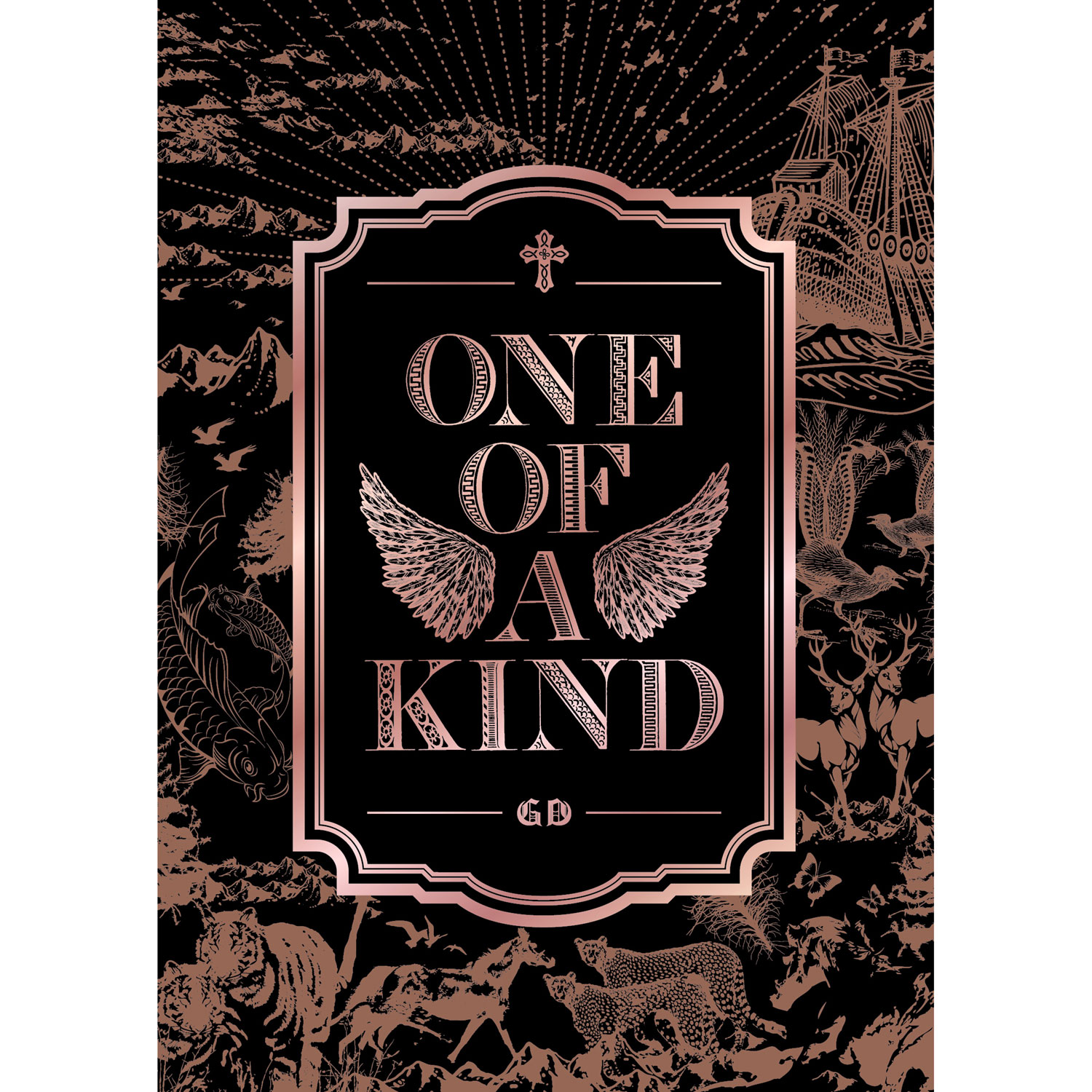 Album Review: G-Dragon – One Of A Kind 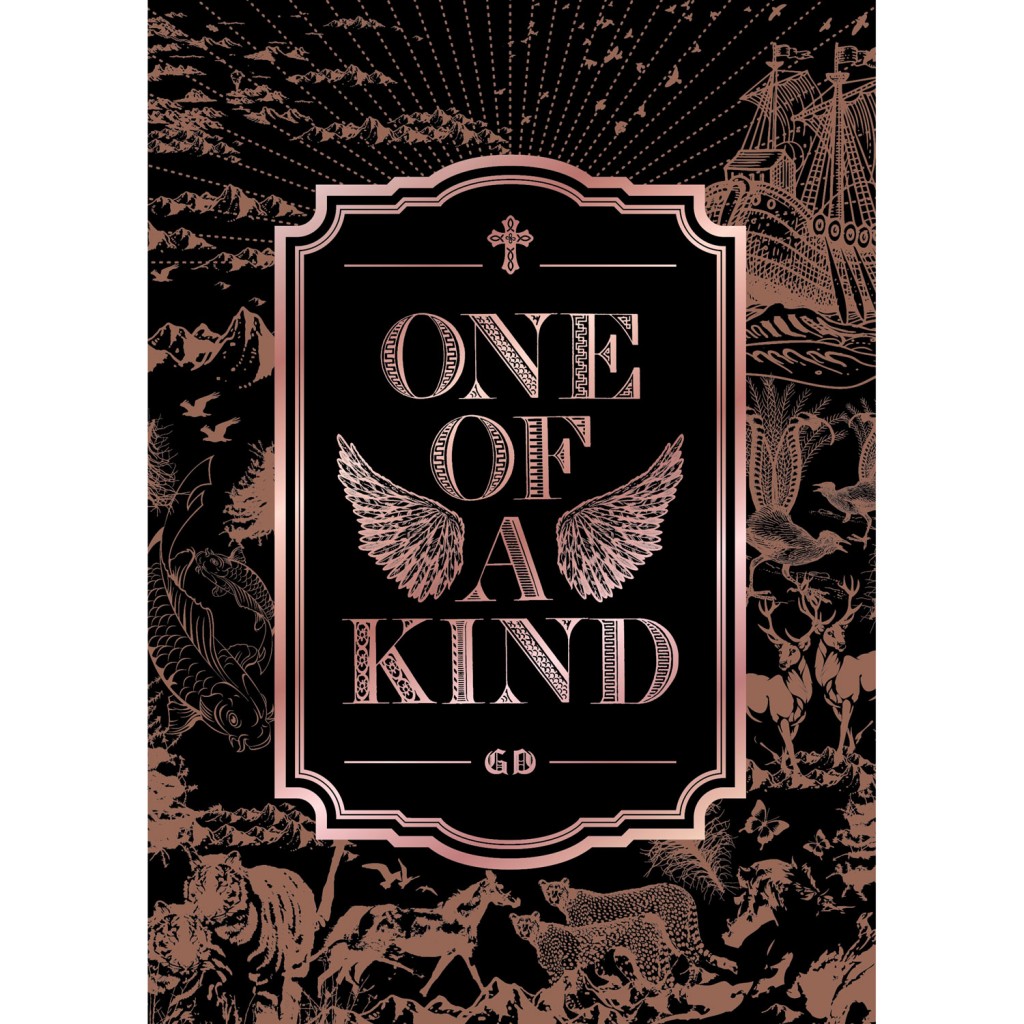 After six years, numerous group works and a critically disastrous solo debut, it still seems premature to say that G-Dragon has found a particular genre that’s perfect for him. That’s partly because he hasn’t built up a consistent discography (neither as a solo artist nor within Big Bang) in any one genre. But as of late, I’m beginning to think that another, more salient reason is that G-Dragon is simply the kind of artist that defies clean, easy categorization.

Consider One Of A Kind as another exhibit of that characteristic. There are two pretty different strands of pop contained in this EP; one is the club-anthem and its derivatives that the GD & Top project showed great promise with, and the other is the unplugged and toned-down alternative that Big Bang proper has been working with lately. I’m still not convinced that G-Dragon is all that proficient with the latter style, but with the former – there is variety and quality in droves.

One Of A Kind is deliciously attitudinal, being perhaps G-Dragon’s most swagger-oriented song to date; the punchy, minimalist beat gives the rapper room to play around with slurred pronunciation and stylized embellishments. Lead single 크레용 (Crayon) presents a frenetic beat that pulses with each cascade of synth throb and headlines the flow of the entire album. GD then changes the pace 결국 (Ultimately), an attractively breezy pop-ballad.

If these tracks’ relative lack of lyricism bothers you, Light My Fire makes amends. Dok2 is really the showstealer on this song with his fiery verse and Tablo is still Tablo even when keeping himself tame, but GD keeps his end of the bargain with a schematically (not quite substantively) clever set of short rhymes.

These tracks are not only well-conceived, but they’re also very nicely executed. That YG Entertainment sample-and-arrangement polish is apparent in all four songs. Meanwhile, G-Dragon is plenty well-versed in the conventions of these genres, and that savvy shows in the album’s smarter moments – the aforementioned Crayon throb and Ultimately’s rousing (and reminiscent of the A Fool of Tears verse recycled by Taeyang) bridge, to list two.

The album’s other part is another story. 그 XX (That XX), which made headlines by attaining an adults-only rating from Korea’s media rating board, turns out to be primarily a clever marketing ploy. It’s not a bad song – austere acoustics and melody are easy on the ears – but what is the point of the track’s rating? To slip in that one swear word with minimal implications? There were a lot of directions GD could have gone, thematically, once he decided to bear the nineteen-plus label. But That XX is a thoroughly, disappointingly pedestrian song.

Missing You and Today feature marquee names in Kim Yun-ah and Kim Jong-wan, but their talents seem ill-fit to each song. The former primarily has issues with pacing, as the repetitive beat isn’t given enough variation from the vocal lines to throw off the sense of monotony. And though it’s great that Kim Yun-ah can pull off the lithe tone asked of her as effectively as she does, the truth is that this isn’t her strongest or most unique suit. The latter, attempting a dramatic modal switcharoo between Kim Jong-wan’s tender verses and GD’s party anthem chorus, instead ends up completely burying Kim’s sections under the splashes of rock.

So One Of A Kind could serve as a good where-are-we landmark for G-Dragon. It shows what he does really well on one hand, and what he still needs to work on on the other. The reason why I’m not writing off the non-hip-hop side of this EP, and the same reason that I was able to say earlier that G-Dragon defies clean categorization, is that he still shows promise in those three tracks. GD performs well in slower tempo, vocally and instrumentally. The task now is to figure out what he can do to make these songs consistently engaging. YG isn’t an agency known for its downtempo artists, but GD has every potential to be the guy starting to change that.