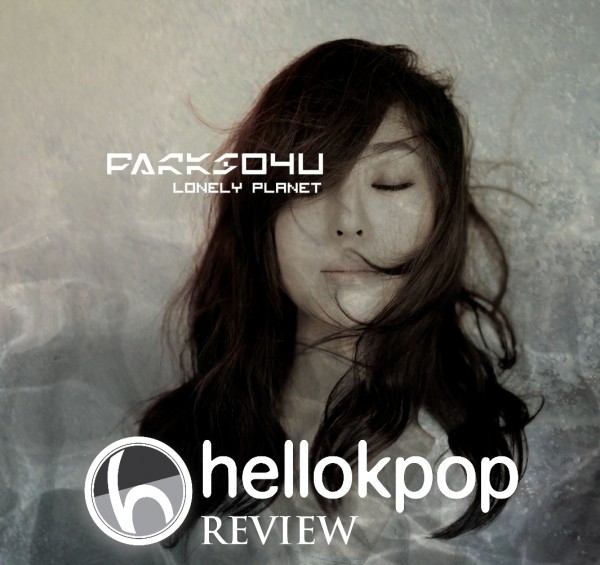 Rookie artists, and rookie singer-songwriters in particular, sometimes get a free pass on their debut efforts. Maybe their work is lacking thematic consistency. Maybe the arrangements aren’t up to par. Maybe the melodies just aren’t very engaging. You can chalk it all up to the rookie’s inexperience, and off they go to improve for their next release. Then again, sometimes you get a Park Soyu, who kicks all those concerns out the window in her debut album, Lonely Planet.

One common rookie mistake – and admittedly, one that’s more common at the big-agency level than in the indie scene – is over-extension. In today’s short-attention-span music markets, people feel the need to show off all the things they can do and impress listeners. More often than not, this only means that their debut releases feel like an unfocused mess that’s been slapped together without direction. What’s impressive about Lonely Planet is the way in which Ms. Park still does this, but makes it emerge as a natural display of her spectrum rather than a contrived attempt at versatility.

On the surface, Lonely Planet is a mellow pop album. It mostly uses lightweight instrumentation, ranging from acoustics to ambient electronics, to power its soft, amiable compositions. That’s embodied in acoustic opening track 널 불러보는 말 (Words That Call For You), which calmly recounts the regrets of two lovers in a back-and-forth dynamic between Park and Kim Jong-wan; similarly, bouncy synthrock piece (Danse) With Me has Park whispering a charming seduction to “stop the time and dance with me”.

There is, however, a layer underneath: a sense of unease and imperfection encroach upon the brightest songs of the album. 마음의 거리 (Street Of The Mind) features an airy, echoing vocal line that turns steely as the narrator distances herself away from the past, ultimately wishing “your two cruel faces to be shattered apart”. Rhythmic and string-based Stresssss (yes, five s’s – kind of like that W&Whale EP) also plays with the vocals, distorting and breaking the track as Park pours on poetic vitriol and refers again to the “two faces” theme.

The best (and most unlikely) example of this, though, is lead single Oheyo. It’s an uplifting modern-rock track that banks on careful instrumentation and rousing chorus, culminating in breathtaking repetitions of the titular call. Now, the song is about overcoming, but it seems to focus more on what is being overcome rather than the act itself. The verses sing:

What if this rain doesn’t let up today
Today’s the day that the world ends
Frankly, I want that day to come soon
One sad thing is, I won’t get to see you again

That’s a tough hole to dig yourself out of. Park addresses this in an interesting way: the chorus starts out with “But why is it so difficult // The only thing I can hold on to is my heart”. The odd word there is “but”. So apparently, we are fading away, unable to own anything, we are fleeting… and whereas one would think these are all bad, the song seems to say that these things actually mean our lives should be easier, not harder. Oheyo’s ideal, then, is not that we should be immortal and rich. It instead points us to imperfection, to finiteness and transience, and reminds us to never forget the really important stuff – “your warm hearts and the world you dreamt of”. This construction completes what is musically one of the year’s best pop singles, and becomes the glue that holds the rest of the album together. Lonely Planet’s overtly dark moments, like the heavy-handed despair of 유월 (June) and the pacifism-minded, apocalyptic vision of Destroy The World, can then be read as a natural extension of the imperfection theme as opposed to random angst.

So Park Soyu succeeds where veterans have failed, but Lonely Planet isn’t perfect. The latter half of the album, where the artist seems to take her foot off the pedal a bit, has a couple underwhelming tracks. Some songs, like Oheyo and Stresssss, could have benefited from longer running times to expand their strong sound. June could have done without the excessive moaning and dragging in the (I assume intentionally) nigh-unintelligible climax.

Yet those are minor complaints, overshadowed by the exceptional creativity found in the album. Park’s strong proficiency in a variety of styles helps her expressions emerge more colorfully, and it’s worth noting one more time that she’s clearly using that proficiency as a tool, rather than letting it dictate the album’s character. It reminds me of another recent rookie release – Flight of the Ugly Duckling by Son Seung-yeon – only with more original vision. Full of memorable moments and surprising polish, Lonely Planet is one of the best debut albums of 2012.