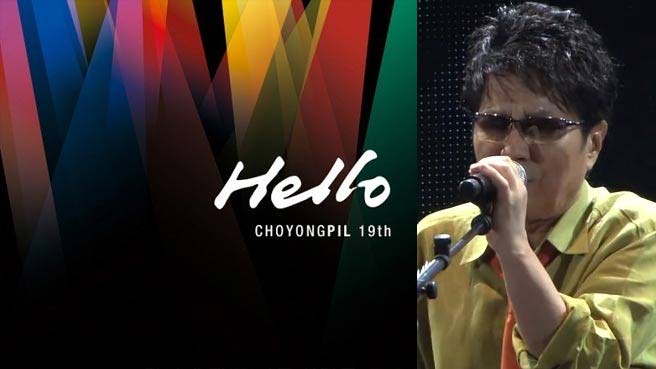 Veteran singer Cho Young Pil came out of nowhere to take over the charts with his digital single Bounce, which unsettled PSY‘s Gentleman which was at the top of the charts. Though Cho Young Pil is famous in the Korean music industry, he was hardly presented as a contender to PSY’s newest phenomenon. However straight upon release, Bounce topped every real-time charts and have been maintaining those rankings for the past two days, which subsequently prevents PSY from topping the charts for a full consecutive week.

After registering one of the most explosive debut in the charts to date, PSY’s Gentleman went on to be certified all-kill, then Perfect All-Kill on Monday morning but only for a few hours. Its failure to resist much toward the release of Bounce will perhaps now raise a few concerns in the YG camp. Could it be that Gentleman has already worn itself out with its dynamite debut, or simply that it has moved on its cruising mode by relinquishing the lead but staying firm around the top spots?

What are your thoughts about it? Did you expect Gentleman do be so easily out-shadowed by Cho Young Pil’s Bounce?

Stay tuned to hellokpop for the updates! 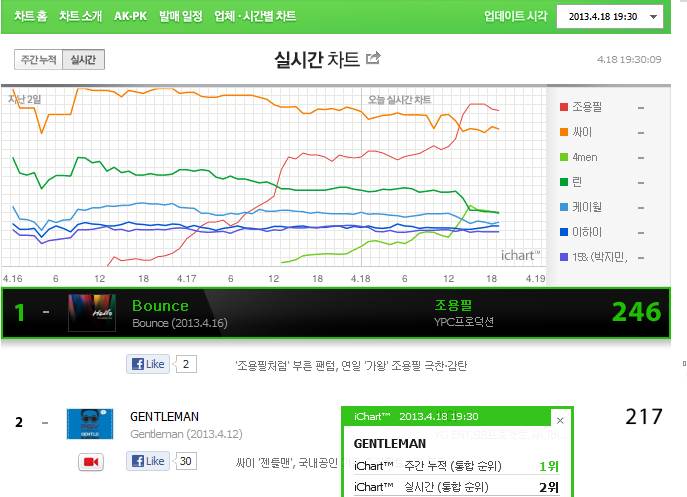 Hellokpop, as an independent Korean entertainment news website (without influence from any agency or corporation), we need your support! If you have enjoyed our work, consider to support us with a one-time or recurring donation from as low as US$5 to keep our site going! Donate securely below via Stripe, Paypal, Apple Pay or Google Wallet.
FacebookTwitter
SubscribeGoogleWhatsappPinterestDiggRedditStumbleuponVkWeiboPocketTumblrMailMeneameOdnoklassniki
Related ItemsBounceCho Young PilGentlemanPsyYG
← Previous Story C-Clown releases music video for ‘Shaking Heart’
Next Story → Chart Trends: Davichi’s ‘Turtle’ sales keep increasing!