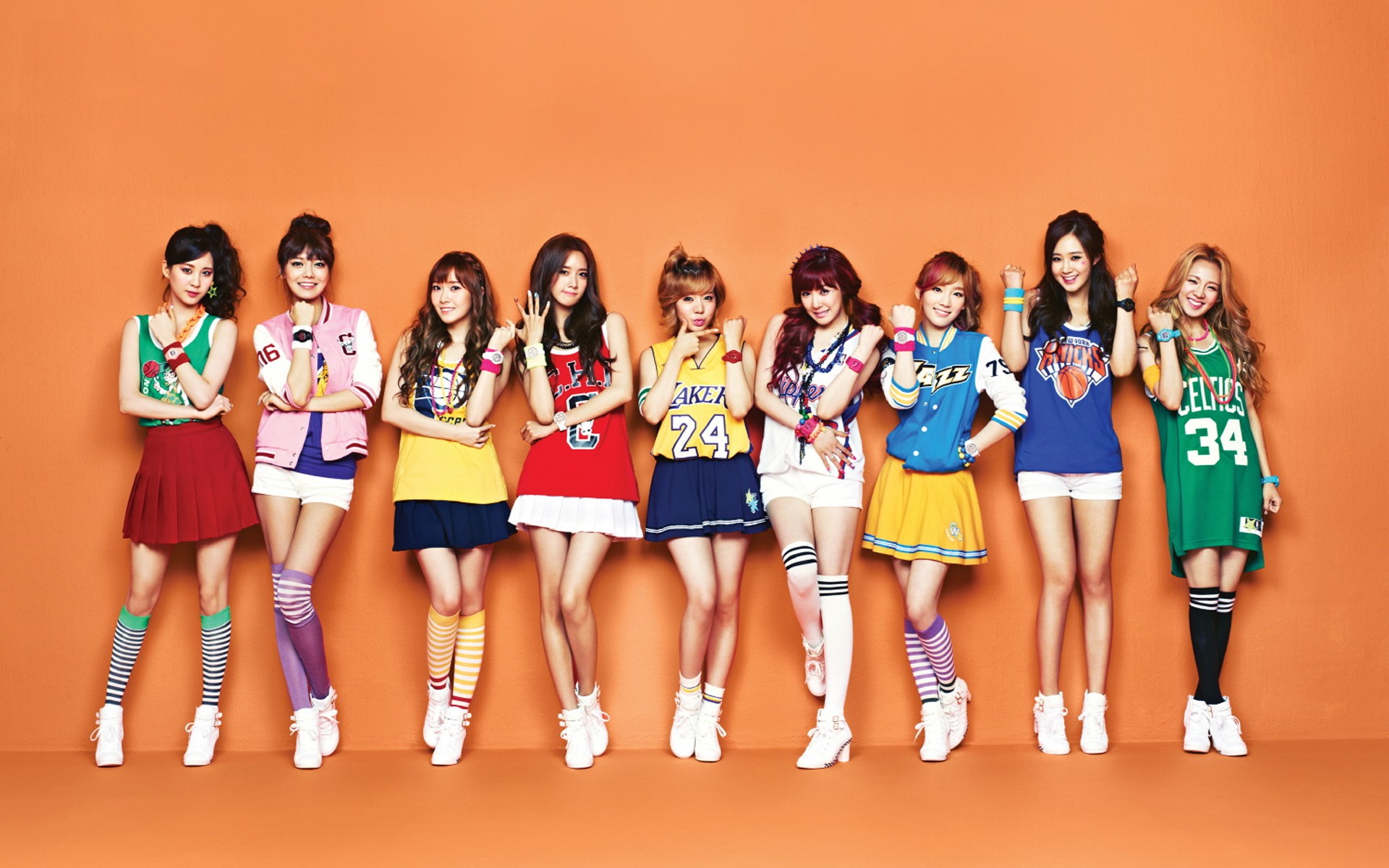 How to be a K-Pop star, or maybe not

We’ve all heard stories about life being a K-pop star, but the K-pop industry is tough and you may or may not want to pursue it after reading this.

With agencies churning out rookies one after another, one might pose the question: what is exactly needed to be a K-pop idol? If you aspire to follow your bias into the music industry, here is what you need, based on the analysis of contemporary singers.

BOYS WILL BE BOYS … or maybe not

If we were to become a pop star 15-20 years ago, it would have been the macho type of male. You know, be manly, sweat like a horse, be hairy and have a deep, deep voice or at least a very masculine one. Sort of a second Freddie Mercury.  Nowadays, however, the trend is for boys to be more … ambiguous. Girly, even. If you cannot sing, you better be a good dancer – or a rapper.

You have two choices. If you are a more feminine type, you don’t need abs. They will be delighted to look at your face only. If you are a more masculine type, abs are unavoidable. Be prepared for long hours in the gym. Then there are the mixed types, the baby faces with a body builder’s muscles. Those are the freakiest, frankly. 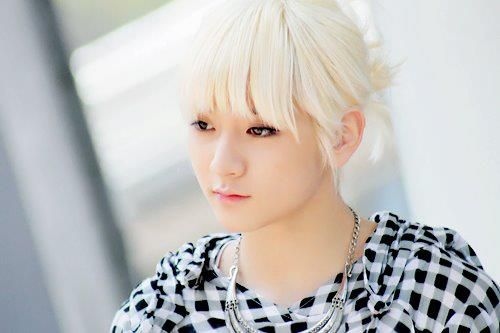 The uninitiated would never be able to tell he’s a boy (Ren from Nu’est).

As for the girls, besides being perfectly pretty, you have to be thin. Some agencies time and time again try to launch bands or singers who do not look like the average pole thin beauty – these are the rare exceptions (like Big Mama or Lee Hi). Long legs are a must, as basically every girl band goes for the shortest possible outfits. Curiously enough, it seems like you cannot have your upper body revealed, so tops and shirts would always be high or as closed as possible, but legs can be shown as much as you like. The requirement nowadays seems to be a double standard for girls; you need to be cute-innocent and sensationalized at the same time. Preferably, you should sing like a 12 year old and dance like a stripper, at the same time. 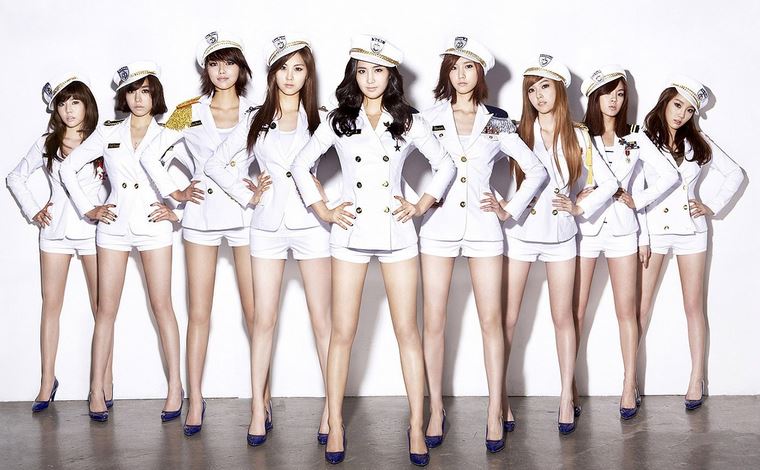 Be young. Well, above 15 but preferably below 25. Agencies are not very much known for recruiting “mature” men and women. Probably because kids are still formidable and easier to govern. If you are lucky you may be in the business for a long time, like Shinhwa, and then your age would not really matter much. But for starters, if you are 30, it will be difficult to sell you to predominantly teen audiences.

Cutesiness or aegyo is what a new K-pop idol should be capable of. Even those macho rappers show their tender sides from time to time. But don’t be extreme. Syrupy aegyo will be too much for foreign audiences. If someone is naturally cute in certain situations, that can be a big plus in endearing themselves to people. Overflowing aegyo may have reverse effects with older audiences. If you strive to engage a wider audience, you need to know when to do aegyo. If you are fine with 12 year olds or uncle fans only, just do it. 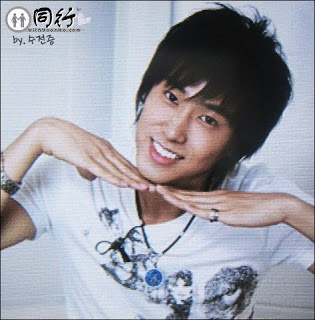 Some stars are simply not suited for aegyo… (Yunho)

You have to be fashionable, though some newbies might take it to the extremes in the company’s desperate attempt to ‘stand out’. Some stars, like G-Dragon are able to pull of the most extreme fashion styles and look good even in a potato sack but you need to keep in mind that this requires a certain natural personality. If you are only trying to look cool in certain fashion items, it will show. The best is to harmonize your fashion with your personality. Some agencies have concepts for artists and you might need to wear items you are uncomfortable with, just to build up an image. In the long run, fake images will be destroyed one way or another. Take Jaejoong for example, whose initial image was an Ice Prince dressed in ridiculous otherworldly clothes. Soon fans learned the guy is far from being icy.

You have to have a pretty face. No more Shindongs in the industry. It’s very rare for agencies to give a chance to guys like Shindong. The trend shows that you have to be very pretty and if you are not, either you are not accepted or told to go under the knife. For sceptics, do you really think every K-pop idol is born with a perfect ratio face? Currently there are more than 200 active K-pop bands on the market, with an average of five members. A thousand naturally perfect faces?

Have some talent. Truth is you don’t have to be the next Michael Jackson or Jennifer Lopez to be discovered by a K-pop agency. As demonstrated by some of the newest rookies, it is not necessary to possess the best singing skills. Some bands employ one or two members who actually can sing, and they are given the most difficult parts. The rest can sing whatever they can, and there is always autotune to help out. Very few bands are capable of delivering a live performance without pre-recorded audio. Dance skills can be basic too, as the company will always select some members who are great dancers, and they will pull it off in a way you won’t notice that the rest are just doing basic formation routines. Of course this is not always the case, as some agencies (big or indie) prefer talent over everything else. If you are very talented and happen to be pretty (or don’t mind if they make you pretty), you have bigger chances to become really famous and admired.

Endurance and patience are key words in the industry. Even if you are perfectly pretty and gifted as a singer/dancer, if you cannot endure harsh environments and slave work, you better not dream about becoming a K-pop star. Even though training periods have radically gone down compared to what had been the norm before, training is still nerve-wrecking. Trainees work long hours, besides going to school, and they need to deal with the mental hardships of rude criticism from their trainers. Even after debuting you might work your buttocks off and not be paid (well enough) for a certain period of time until your performances pay the investment back to your agency. Cramped in idol dorms, you might need to live like this for years before you would be able to afford to buy a flat. If you happen to be cast in an average band, you might not be able to earn as much as you dreamt about.

Is the K-Pop industry too tough? Let us know about your thoughts in the comments.

Be smart. If you are not smart, you will quickly end your career with any stupid move. Where trainees abound like a flock of sheep, you are quickly replaceable. Think before you act and keep in mind that the whole world is watching you. You are an idol, literally speaking: a role model for young fans. What you do, how you speak and how you act affects ductile young followers. Don’t underestimate this!

Fame doesn’t last forever. At least, not in K-pop, where bands come and go and can easily be forgotten. Don’t neglect your studies, you might need that degree 10 years later when nobody remembers your face anymore. Even the most famous and richest idols plan ahead, they invest their hard-earned money for their future. They buy property, they open shops, restaurants or otherwise build up a business, so they have an income after fading out as an idol. 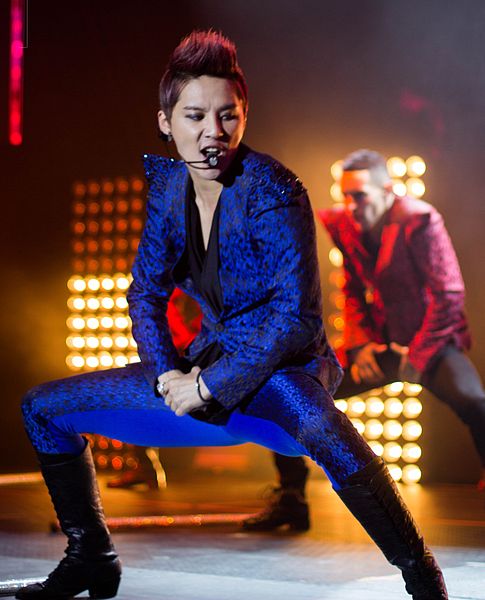 Smart boy: Junsu is known to be the richest idol in terms of real estate property.

Be versatile. Nowadays, if a K-pop idol is merely a singer or a dancer, it is difficult to compete with look-alikes and the constant stream of up-and-coming rookies. There is not a minute of rest in K-pop. Many idols seek opportunities in variety shows, television dramas and movies, because the more feet you stand on, the more stable you are, and the more visible you become to industry leaders and the audience alike. True, as my colleague Brandi pointed out, this carries the danger that you are not able to focus on one area of expertise and become superficially trained in multiple crafts. On the other hand, competition is so huge nowadays that K-pop idols need to grab whatever opportunity comes along, simply to stay alive. The luckiest will achieve new heights this way, like Yoochun did, others will stumble and fall. Like a natural selection process.

Be emotionally stable. It’s difficult. It’s difficult when you have to keep up the pace, follow strict schedules, fight sasaeng fans, deal with constant criticism, and you cannot see your family as often as your soul would need, either. You will be tired, and you will eventually face depression. Even some of the biggest stars have to go through this phase now and again. Have friends you can confide in. Keep your original surroundings as much as you can, try to stay on the ground and play it cool. If you take things too seriously, that’s going to have a toll on your mental stability. We all know about the celebrities who committed suicide because they were no longer able to cope. Seek professional advice if you feel down. It’s not very much accepted in Korea but you have to think of your own health and not what others think is right.

Kim Hyun-joong tells how friendship helps him cope with stress.

Eat well! In the desperate fight for survival in the industry, many K-pop idols resort to torturing diets and workout programs. Unfortunately, many girls as well as boys feel they need to be pole thin to be pretty. This comes down to the stupidity of the ‘fans’, actually, who point out even the slightest weight gain, even if the person is not overweight or unhealthy looking at all. But as public figures, K-pop stars are the ones who can change this. If they advocate healthier diets that show a balance, eventually fans will approve. If the idol resorts to eating almost nothing for weeks, fans will think this is the normal way to live.

Would you still want to be a K-pop star? Let us know about your thoughts in the comments.