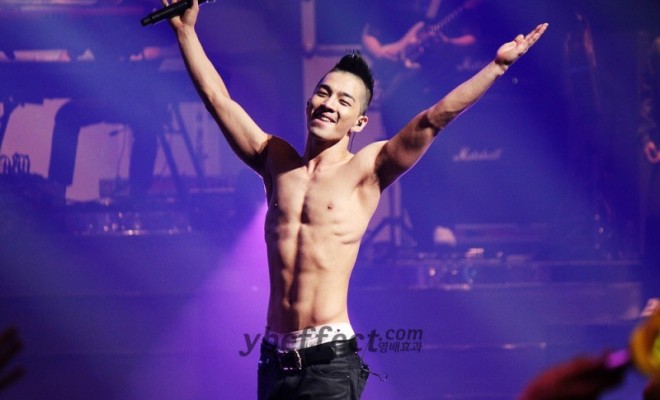 We all know that K-pop stars maintain their figures by dieting and this has sparked a number of articles already. But while we mostly tend to associate dieting with great figures for women, it is easily forgotten that male stars also need to maintain their bodies. They do this not only by working out in the gym like crazy, but also by adhering to strict diets, just like the ladies do.

I personally believe that the crazy dieting trend of K-pop is bad. It’s bad because it gives all the wrong impressions to gullible teenagers, and distorts their own body image. Yes, being pretty or breathtakingly muscular is what everyone wants to achieve, but it’s important to note that you can do it without torturing your body too. It will take longer, of course, and that is why celebrities turn to ruthless diet programs, because they yield results faster. K-pop is an extremely competitive industry, where artists have back-to-back schedules and new projects follow each other like ducklings at the waterside. They might need to launch a new image every six months or so; a new comeback, a new TV series, or a new endorsement (you name it) may require them to lose or gain weight or work out more. This doesn’t mean that you need to follow them blindly yourself. You can bet that while they smile into the camera they go through hell at home to maintain that body.

Back to the guys now. From time to time, we read snippets of news about guys dieting, but they don’t get as much attention as girls do. Probably because we think men are tougher, and thus it is easier for them to go through the hardships of dieting. Well, ask a guy his opinion. Guys I know like eating, and I love a guy who knows how to eat well. It’s just… manly. When a guy needs to give up his regular delicious Korean food for eating nuts, fruits and a diet shake, like  J.Y. Park did, you can bet it is difficult. If my husband did this to himself, I would be heartbroken for sure. You can’t live on nuts for weeks. Others also followed strict diets to achieve or maintain their admired chocolate abs. 2PM‘s Junho lived on a meal comprising of steamed cabbage, sweet potato and one tiny chicken breast – once a day. Sure, we all love his abs, but one meal a day? 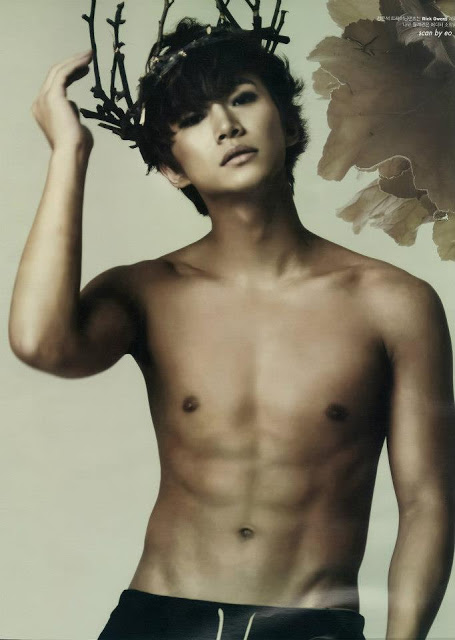 A famous dieting no-no is what Rain did to his body back when he was preparing for his role in the movie Ninja Assassin. He talked extensively about how he had to stick to eating salmon or chicken breast with eggs and nuts for months, without sugar and salt, along with training day and night. The result was breathtaking, but it sure did involve a lot suffering and nerves of iron to achieve.

Rain shows his diet during the shooting of Ninja Assassin. (From 6:00)

For me, one of the most shocking weight losses recently was Kim Jaejoong‘s, especially because he is known to be a big eater, who loves to cook and eats like a healthy Korean guy would eat. He loves his tummy, period. In February 2013 he posted a photo on his Twitter, where his scale read 57 kgs (126 lbs). That’s extremely thin for a guy standing at a 180 cm in height. Even though there was no news about him being on a diet, and stress and hectic schedules might account for some of his weight loss, I doubt he would be this stressed.  Especially since his individual and band activities are all going well recently, and he enjoys much more personal and artistic freedom compared to idols under big company contracts. A few months later he gained around 4 kgs, but that is still far from what a guy of his height should normally weigh. 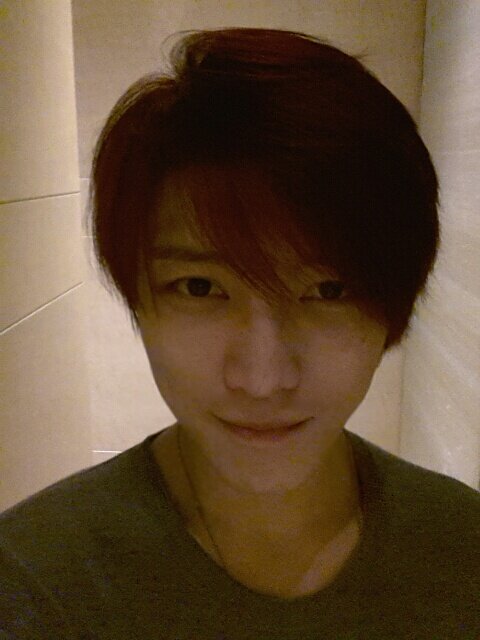 Dieting is OK to a point. We have all done it, or will do it at some point in our lives, although not everyone needs it. These men, who have breathtaking bodies anyway, certainly do not need to lose more weight. Of course, you could argue that the industry demands it, that they do it for their roles in movies (like Hyun Bin lost 8 kgs for Secret Garden), that they want to present better images of themselves – but this is still not healthy. When you are slim and brawny already, and you decide to lose more weight, it’s not what your sane doctor would approve of, unless you pay him to shut his mouth. What I worry about is the reactions of netizens to such diets, be it male or female celebrities. Many young girls take these idols as idols, as in: examples to follow. Artists and management alike should be more conscious about what they represent and what enormous influence they have on youngsters’ lives.

Don’t be excessive in your diets. Just because your bias started shredding kilos for whatever reason, it doesn’t mean that you need to follow along. Healthy meals, regular exercise, less sugar and more veggies – this is all you need to look good.