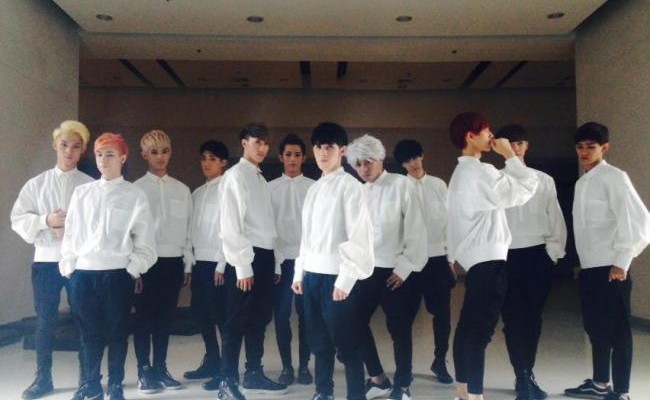 They dress like EXO, dance like EXO, and have even dubbed as ‘EXO-T’. They are Millenium Boy, a Thai cover group.

The dance group rose to fame in Thailand after numerous performances of EXO songs, but they are now under attacked by EXO fans for ‘copying’ and imitating the successful Korean band.

EXO fans are accusing the Thai group for using EXO’s brand to promote their own popularity.

Like the original EXO group, Millenium Boy are composed of 12 members and ‘debuted’ in 2012. The cover group only dances to EXO songs.

Millenium Boy are so popular in Thailand that they have held successful fan meetings, solo concerts , despite not having released an album or song.

Fans are accusing the cover group being unlawful for using EXO’s logo, album design, signature and even their group poses without permission. 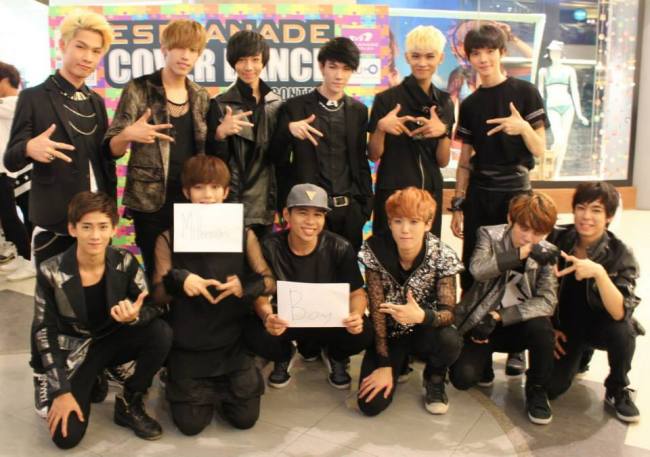 Millenium Boy have held successful fan meets and solo concerts despite not having released any songs or albums. Picture: Facebook

Many Millenium Boy fans and local media have already dubbed them as ‘EXO-T’, misleading new fans of EXO-K (Korean sub-unit) and EXO-M (Chinese sub-unit) to thinking the cover group is another sub-unit of EXO.

Both Korean and international EXO fans have taken it to the Millenium Boy’s Facebook page to demand the group to stop imitating EXO.

One EXO fan wrote on Millenium Boy’s page: “Hey B***h !!Why you cover EXO? You do not qualify, okay? Is really an insult to the EXO! please think properly! u are not EXO and please STOP cover EXO!!!! F**k! (sic).”

“Hey b****s. You guys not EXO. The way you are showing to the world just like you are trying to be someone , not who you are . DISBAND DISBAND . Don’t try to be our EXO . Becuz you not them (sic).”

Millenium Boy released an ‘explanation and apology’ video earlier this week after some of the members swore on social media out of frustration with anti-fans.

“I’ll say that I feel so much pressure from Korean anti-fans. We try to stay still but when I was faced with anti-fans from Thailand, I felt so paranoid so I typed rude words on social media,”

“I want to say we try to be similar to EXO but everything happened. The hateful comments makes me feel upset because I’m a normal person and I’m not the artist, it makes me feel angry.” One member said in an English translation.

“We have no bad intentions. We’ll continue supporting and covering EXO.” Another member said.

Check out their cover of EXO’s Overdose.

Post by hellokpop.
We need your support! If you have enjoyed our work, consider to support us with a one-time or recurring donation from as low as $5 to keep our site going! Donate securely below via Stripe, Paypal, Apple Pay or Google Wallet.
FacebookTwitter
SubscribeGoogleWhatsappPinterestDiggRedditStumbleuponVkWeiboPocketTumblrMailMeneameOdnoklassniki
Related ItemsEXOmillenium boy
← Previous Story YG announce mysterious debut plans for WINNER!
Next Story → SM Entertainment drops lawsuit against Thailand’s ‘EXO-T’