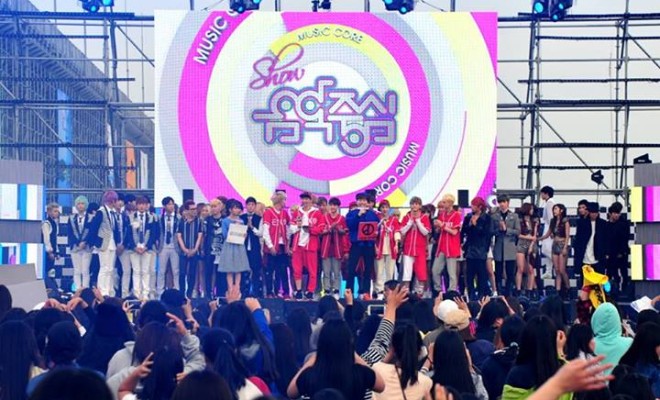 It was revealed through the Chief Producer of MBC Show Music Core, Park Hyeon Seok, who mentioned on a culture show that “Singers who do not sing on stage do not qualify at all,”

“We are going to check all MR recordings with each company in order to get rid of those who only open their mouths.”

In music shows as such, idols should show a strong and real performance on stage for their fans. As a result, there are many cases where live performances aren’t truly live.

The amount of performances that are done through MR recordings is increasing greatly. Park said, “10-20 per cent of the idols and artists that go on stage are fake but there are cases where a live performance is recorded and then played, which makes it look like if it were real and all they do is deceive the public.”

MBC has made this decision for K-pop to be at par with global standards and let out real and quality performances. Knowing that these stages are for their audiences worldwide, they did not want to let this trend decrease the value of an artists’ performance.

Park added, “It doesn’t matter if the performance is strong. It comes down to, whether it is a rap or in singing, satisfying the listener through live.”