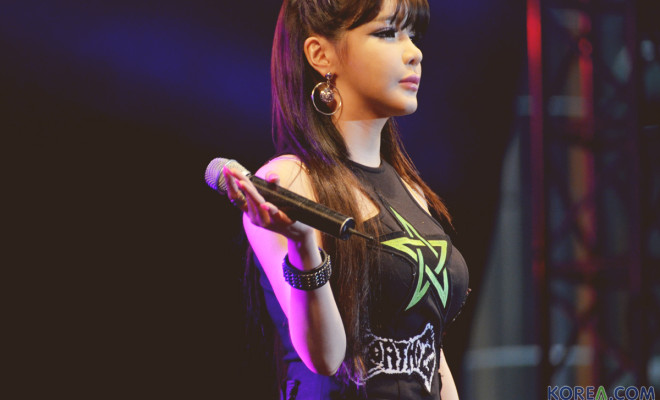 YG: Park Bom not a ‘drug smuggler’, reveals her dark past

Last night has been a busy night for YG Entertainment and K-Pop fans alike after news broke out about Park Bom’s alleged drug smuggling case from four years ago.

Since then, YG Entertainment has promised to release an official statement following the rumors which led netizens to call for her to ‘retire’.

Yang Hyun Suk has taken a personal stand for Park Bom rather than releasing an official statement from the company as he explains:

I would like to point out the articles refer to the incident that occurred 4 years ago. Back then, Bom’s parents paid a private visit to inform me her family had been investigated due to the incident and revealed to me for the first time, in private, a shocking incident Bom experienced in the past along with her medical history.

As the Executive Producer, what are your thoughts on this?

I am left aghast and am at a complete loss for words.

For the fans cheering on for 2NE1, who are now in the middle of their World Tour. And for Bom, who is like a sister to me, who is now labeled a “drug smuggler” overnight, I could do more than just watch these things happen to her.

What is the truth?

As the fans would already know, Bom lived in the U.S. for a long period of time before making a debut as 2NE1 and she once had a dream of becoming a soccer player.

But unfortunately, she had to witness a close friend’s death during a soccer match and she was put into deep shock and sadness that were too hard for a young girl to handle.

She went through very difficult times, having to undergo psychotherapy and psychological treatment at the same time.

She had been consistently taking medication officially prescribed by a famous university-affiliated hospital in the U.S.

The problem at the customs arose as the medication happened to be banned in South Korea.

Fortunately, we received all the prescriptions and Bom’s medical record from the U.S. hospital, and we handed them in during the investigation. The case had since been closed, as all the record submitted had been proved true.

It is said the medication contains narcotic components — were you informed of this?

For Bom, she only knew the medication she had been taking for years was not handled in South Korea, but did not have the knowledge that it is prohibited for import.

Since she was informed of the fact 4 years ago during the investigation, she replaced the medication to one that is prescribed by a university-affiliated hospital in South Korea.

I had not seen Bom for a while since she was busy with the World Tour, and just last night she came into the office for recording, and the articles were published.

I had to watch Bom break into tears all night, and I feel terrible that I am in the position to bring up her painful past that she did not want to reveal.

Yang concludes by expressing his deepest apology and promises to bring better news in the future.

We need your support! If you have enjoyed our work, consider to support us with a one-time or recurring donation from as low as US$5 to keep our site going! Donate securely below via Stripe, Paypal, Apple Pay or Google Wallet.
FacebookTwitter
SubscribeGoogleWhatsappPinterestDiggRedditStumbleuponVkWeiboPocketTumblrMailMeneameOdnoklassniki
Related Items2NE1Park Bompark bom drugs
← Previous Story Netizens saying Park Bom should ‘retire’ and be thrown in jail
Next Story → Prosecutor defends Park Bom over drug smuggling claims