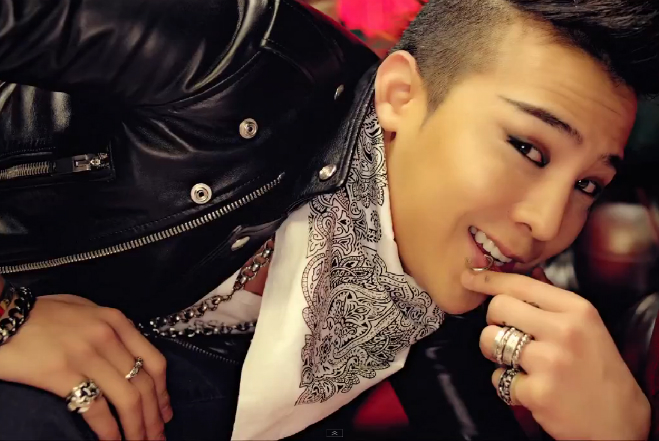 G-Dragon never fails to astonish us, again and again, with his uniqueness. He has proven over the years to be a real chameleon who changes his looks as often as others change their bedsheets. His slim figure and delicate facial features allow him to look good in practically anything; we are sure that he could even put on a potato sack and still be as majestic as ever. G-Dragon has literally had more than a thousand faces so far, as his looks constantly change.

Let’s take a look at why he is the ultimate chameleon of K-pop!

He loves food – as fashion items

Why else would he want to wear food items for a hairdo? Jokes aside, his daring attitude to his ever-changing hairstyle is something to admire. And we have to admit, even if it looks strange at first, you just gotta love his almost-edible do’s!

Is this mushroom edible?

The legendary seaweed ‘do

He is an incredibly versatile model

It’s rare for any celebrity to be naturally good at portraying weird, unusual or even shocking concepts. G-Dragon is particularly marvelous as a model.  Not only does he know how and when to pose, but is also ready to submerge into the concept, however extravagant or shocking it might be. He is not afraid of anything, and this makes him a true, and incredibly versatile supermodel. If he were not a K-pop star, we would surely see him on the catwalk!

Delicate, soft, almost feminine: he looks as if he were born with pink hair.

The genie out of the bottle. G-Dragon was the perfect model for Vogue’s special concept.

Vogue particularly likes to work with GD. For an obvious reason: he is breathtaking in any concept.

G-Dragon has the ability to transform, which makes him an ideal candidate for stunning concepts like this one.

No, really. No one denies that G-Dragon is full of swag, or that he carries himself in such a majestic and delicate way that makes people watch in awe. However, he also has a cute side to him, coupled with unexpected clumsiness at times, which makes him all the more adorable. And all the more versatile.

Look at that smile!

Clumsy GD is just too cute not to pinch his cheeks!

Isn’t he just the sweetest thing?

He is scary at times

G-Dragon is one of the few idols who has not turned to acting–so far. In his case it is a pity, as he is clearly capable of portraying different emotions very well. At times, he is definitely borderline creepy… Take a look!

This is probably the scariest of them all.

But one thing is sure

Whether you agree with us on G-Dragon being the greatest chameleon in all of K-pop, no one else could have pulled this Cruella de Vil look off with such dignity and swag.

What do you think of chameleon GD? Which side of him do you like most?