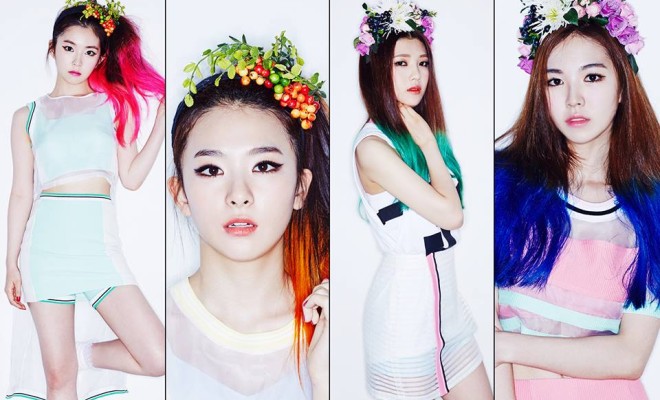 2014 has been one heck of a year for SM Entertainment as the record label manages to capture its fan’s attention every month. Despite the obstacles it experienced earlier this year, SM Entertainment has not taken a break and has continued on with its plan to introduce its newest addition to the SMTOWN family, Red Velvet.

As Red Velvet hails from one of the Korean music industry’s most influential music companies, the girls are anticipated to be a crowd favorite like their label mate seniors. However, due to its introduction during a complicated period, the group is off to a rough start as fans have provided mix feedback on the group’s debut.

With news of f(x)‘s short-lived promotional period still fresh in their minds, fans have taken their distress out on Red Velvet’s teaser video. The video received a significant amount of “dislikes” due to fans’ discontent with the label’s promotion of Red Velvet following the announcement of f(x)’s withdrawal.

Various K-pop fans also criticize SM as the teaser did not captivate them as much as previous SM teasers had. Fans share that the teaser lacks the uniqueness that SM is most acknowledged for as it presents a familiar concept. 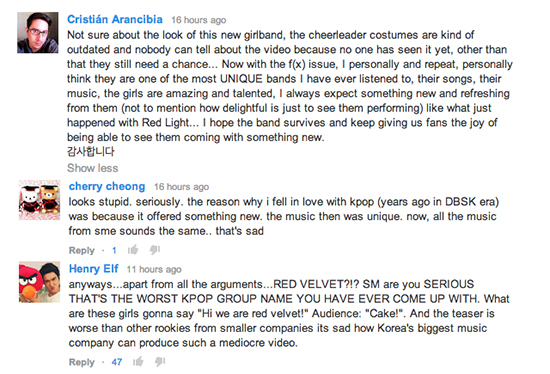 While there are viewers who express disinterest in the group, Red Velvet receives support from new fans who empathize with the group’s position during this time of confusion. Majority of the comments refer to angry fans who are reluctant to accept the group. 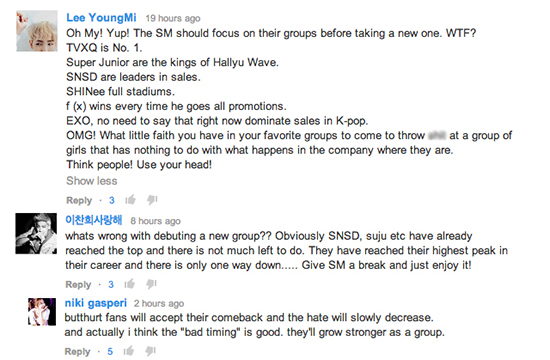 There is no need to worry because Red Velvet is receiving a lot of love and is already building up a fanbase! Many fans are anticipating the group’s debut as most of the members have already displayed their talents while in SMROOKIES.

On a lighter note, many comments on the video are not written in a serious tone. If you are have heard of the jungle-themed animations Rio and Madagascar or if your country is familiar with red velvet cake, you will definitely understand these comments: 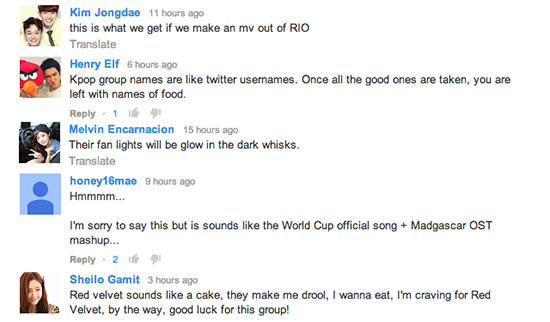 So here we have it, the fans have spoken. A large amount of SM fans are not ready for the new group, but many are also anticipating Red Velvet’s debut as the company has not debuted a female group since 2009.

What are your opinions on Red Velvet’s debut? Is it about time SM Entertainment debuts a new girl group or is the timing just wrong?

Red Velvet is a four member group consisting of members Irene, Seul Gi, Wendy, and Joy. The group released a teaser video for its debut track, Happiness, on July 27 and will officially make its debut on August 4. The teaser can be viewed below: