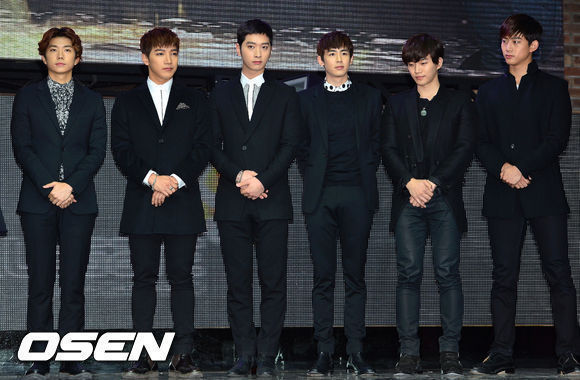 JYP Entertainment has announced on Friday that 2PM will make a comeback next month with a self-composed song.

It will the group’s first time making a comeback with a song that isn’t written by JYP.

The title track will be written by member Jun.K, who has written songs on the group’s past albums.

“2PM is getting excited about its comeback in September. The members are passionately wrapping up their work on the album,” JYP Entertainment said in a press release.

In the lead up to the comeback, 2PM will participate in the joint concert 2014 JYP Nation — One Mic.

FacebookTwitter
SubscribeGoogleWhatsappPinterestDiggRedditStumbleuponVkWeiboPocketTumblrMailMeneameOdnoklassniki
Related Items2pmJYP
← Previous Story Trending: Kemy disses Park Bom in a rap, Red Velvet faces controversies over debut
Next Story → SHINee: No Plans for a Comeback Until the End of the Year