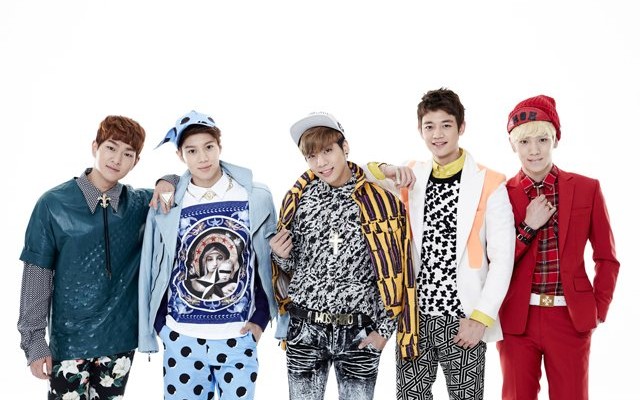 I thought boy groups were extinct in America like the dinosaurs, but it seems that they have evolved and are alive and prospering in the tween market. I am not going into detail about what tweens are or why they are important, because I already covered that in the girls addition. So if you still have not checked it out, you can do so here.

So how did boy groups make a comeback? One word – Metrosexual. So what is a metrosexual and how does it relate to boy groups? First let us look at what exactly is a metrosexual, because it is much more complicated than you think.

According to Dictionary.com, a metrosexual is described as a “heterosexual,  usually urban male who pays much attention to his personal appearance and cultivates an upscale lifestyle.” Depending on where you decide to check, the definition can change. According to Urban Dictionary a metrosexual is “a normally straight male who possesses qualities of a gay male without being attracted to men. A metro often appreciates the finer things in life and enjoys making himself look good; be it through styling his hair or wearing fashionable clothes.”  Word reference defines it as a “heterosexual urban man who enjoys shopping, fashion, and similar interests traditionally associated with women or homosexual men.”

But what is common with all of these definitions is that a metrosexual usually refers to a man who spends a lot of time and money on his appearance. A recent discussion with a friend made me realize that there is even more variability among people and their definition of what makes a guy metrosexual.  Does he wear fashionable clothes? Does he have feminine features? Is he skinny? Does he look like a gay guy?

It’s all very confusing, and it brings us to what a metrosexual is and where the term came from. Mark Simpson was the first person to coin the term in 1994. He first  referred to this term in his book where he discussed masculine identity in a media driven world.  Advertisers were trying to target men who generally did not spend a lot of money on themselves.

In order to get men to spend money on things they usually did not buy, they introduced the concept of the metrosexual male. Someone who was more concerned about his looks and image and is more likely to buy hair products, clothes, creams, face washes, etc.

This trend has started to become more popular in North America which has helped boy groups to gain more popularity. South Park picked up on this growing trend and decided to do a parody on it. In the video, the boys are at a metrosexual parade and their chanting, “We’re here, we’re not queer, but we’re close. Get used to it.” This brings up the biggest obstacle to metro-sexuality in North America: the fear of homosexuality. 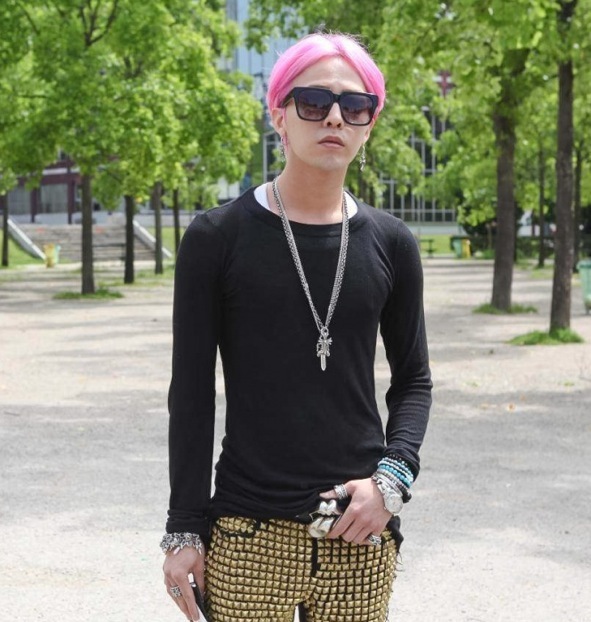 Maybe fear is not the right word, but people in North America are overly sensitive to it. Anyone that seems to fit the narrow view of what homosexuals look and act like, are automatically labeled as being gay. I am sure some ladies are aware of America’s Next Top Model. When I was watching it, my brother came into the room and asked if they were all gay. I said yes, but I was not sure about Nigel. He looked good, he looked like he took care of himself, he was well dressed and he was in the fashion industry (most guys in the industry are gay, or that’s what the TV has taught me). Then I remembered an episode where he mentioned that he had a wife, so I told my brother that Nigel was not gay. To which he responded, “He looks gay,” and left the room.

I am sure every kpop fan has experienced this even though they might not have watched America’s Next Top Model, Project Runway, or Sher Genius. This is because the men in kpop tend to fit the description of what homosexuals look like in North America. This same stigma with metrosexual men is generally less prevalent in Asia. You can easily see the differences by examining Korean and American advertisements. In Korea, men advertise face wash, jewellery and even make-up, which may seem downright strange in North America. 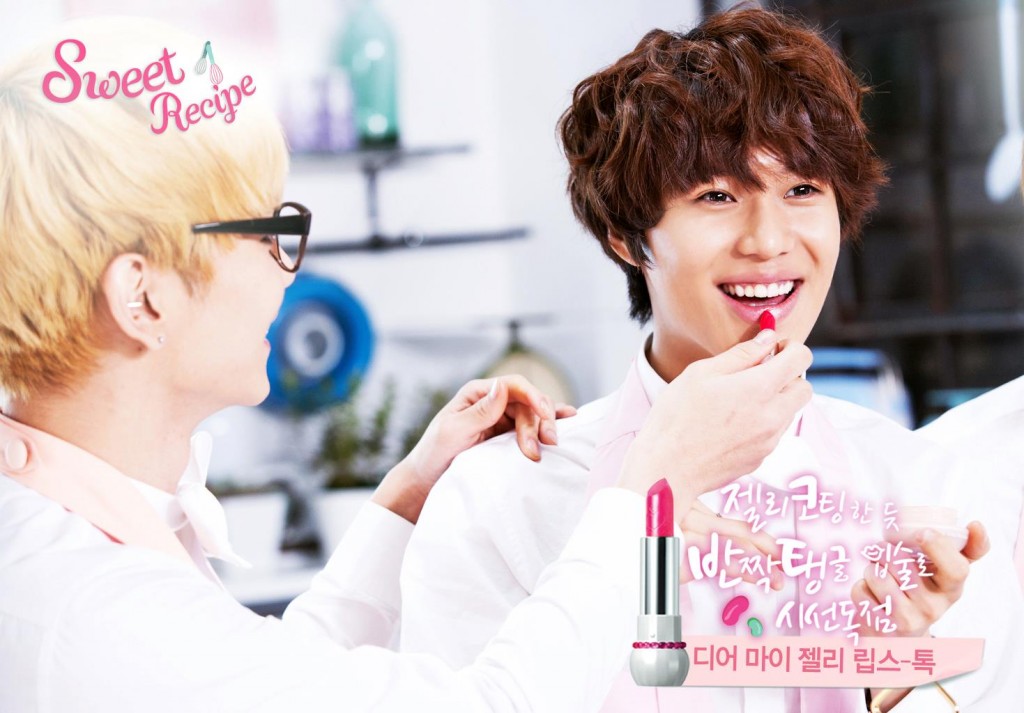 In Korea, metrosexuals have a different name. They’re referred to as Flower Boys. Flower boys do not appear in the dictionary, but the article, Undestanding the lure of ‘Flower Boys’ does a great job in explaining what the term means. Flower boys either refer to a guy who looks like a girl, acts like a girl or both. Simon and Martina, a couple from Korea, go into further detail of what exactly a flower boy is. They explain that a flower boy is someone who looks a bit like a girl, may wear a bit of make-up and is fashion forward. You can check out their full video below:

While Flower Boys are generally loved in Korea, America seems to have a love-hate relationship with metrosexuals. Some people love them while others seem to like making fun of them or are simply confused at why girls find them attractive (this refers to guys as well as girls). Still, metrosexuals are starting to gain popularity especially with the tween market. This is important because boy groups are generally viewed as being very cheesy and gay, especially in North America.

The first boy band to break into the tween market was the Jonas Brothers. They were well dressed, well groomed and therefore fit into the concept of a metrosexual man. Especially Nick Jonas who was dubbed ‘the cute one’ in the group. They were a hit with the tweens, but they were largely ignored by the older demographics. Then came Justin Bieber, who perfectly sums up how America feels about metrosexuals.

While Justin Bieber is famous among the tweens and is well loved by his fans who think he is the cutest/hottest guy on this earth, teens and older adults generally hate him. So why does he receive so much hate? Is it because he is not a good singer? Not a good dancer? While he is not the best, he is neither bad at any of those things. No, I think it is because of his looks. The most common insult thrown at Bieber apart from his lack of talent are comments about his looks. It’s not uncommon to hear people insult him because he looks like a member of a boy band or a lesbian.

Take Bieber’s music video for Baby, which  has over 700, 000, 000 views! It also might be one of the most disliked videos on YouTube, with over 2 million dislikes and his wall is covered with insulting comments that are directed towards him. The most popular comment being, “gay.” Another interesting fact about this video is that the most popular group viewing it are females who are 13 to 17 years old, and men aged 13 to 17 and 35 to 44.

Why exactly are men who are 35 to 44 years old viewing a video that is aimed at tween girls? I might be going out on a stretch to say that their viewing it to leave hateful comments on the video and to dislike it, but I don’t think I am. This is the biggest obstacle to boy groups in America. It is mainly men who seem to dislike metrosexual men ( I am not going to try to explain why, that is for another article), but even though Justin Bieber may be the butt of all jokes, he is still raking in the cash and has a strong and dedicated fan base.

Even Kpop fans hate Bieber but the truth is that he would be a flower boy in Korea. Justin Bieber is definitely bringing metrosexual back, especially since he admitted that he likes to wear women’s jeans because it fits him better. Kpop’s very own G-Dragon from Big Bang has also been spotted wearing girl’s clothing in Se7en‘s video, When I Can’t Sing, but this did not surprise his fans. G-Dragon is known for his fashion sense, and he does not pay much attention to society’s rules on what men are supposed to wear or look like. He wears anything he wants to wear.

For now, G Dragon’s fashion may be too much for the American market, but Justin Bieber has opened the door for boy groups to enter the market. The ones that have gained popularity recently are One Direction, Big Time Rush and Mindless Behaviour.

Notice that the members of the groups that are popular in America are all well groomed and dressed, but their clothes are quite conservative when compared to Korean boy groups. Their clothes seem like something you can get in the store or you can probably see someone wearing these same clothes on the street. Kpop boy groups are notorious for adopting a wide range of styles. From normal clothes to clothes that look more like costumes. If kpop boy groups want to be accepted into the American tween market, they just need to tone it down.

Out of all of the groups that are popular in America, one group has a lot in common to kpop boy group, so much so that it inspired me to make this article. The group I am referring to is Mindless Behaviour and their MV, Girls Talkin’ Bout. After you see their video, check out Big Bang’s Number 1, which has a lot in common with their video.

Both music videos use the same colour palette. The video is dark, yet it is very bright with splashes of colour either from their clothes or the coloured lights. They’re slick, well produced and and both of the videos are in English! They’re all wearing normal clothes, except for TOP who wears some interesting glasses and GD who also wears a furry coat and has an afro (same hairstyle as one of the members in Mindless Behaviour….).

Both of these groups sing pop/hip hop and have some dance choreography in it. In fact, the choreography does not look too different with Mindless Behaviour even doing quite a few hip/pelvic thrusts (don’t ask me if it’s appropriate for them to do that, because that is a whole different article).

I would also like to add that Korean boy groups do not only need to tone down their clothes. They also need to make sure to tone down the hair, makeup and the fan service.

I am sure most of you know what I mean by fan service. I divide fan service in two different categories. The first type is idols showing off their body. The second type is when members get a bit too close to other members of their bands or other idols. Both types of fan service are to please fan girls, but the second type is usually not seen much in American culture and they will be labeled as being gay. 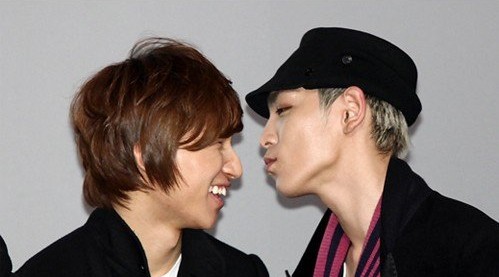 So TOP, please no kissing of the other members in the band if you’re being interviewed by American media ( I find it awfully cute, but Americans can take it the wrong way). This includes no hugging, holding hands or sitting in each other’s laps. Do not engage in this behaviour when you are in America (only allowed to do this in Korea, your fans might miss it, but we have tons of pictures and fan fiction to satisfy us). Once you get popular, then Korean boy groups can bring back all the make-up, hair, clothes and fan service, because that is part of the reason why I fell in love with kpop in the first place.