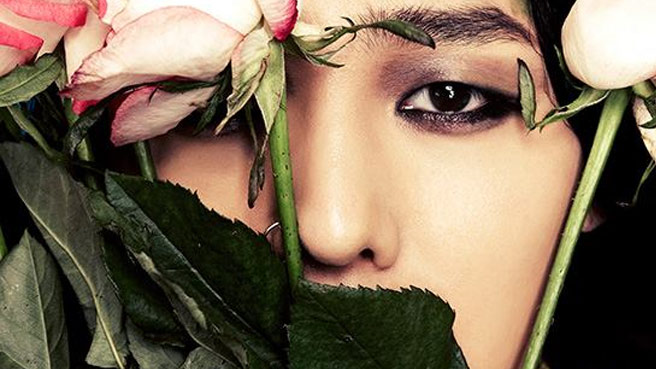 Born to entertain: 20 years of G-Dragon

Today is a significant day for two reasons: it’s G-Dragon‘s 26th birthday (27 in Korean calculation), and this year also marks the 20th year he has been an entertainer.

No, I have not made a mistake. Though G-Dragon officially debuted as an idol with Big Bang in 2006, fans know that he has been in the entertainment business for much much longer: he started out as a child dancer and actor  in a popular children’s morning show called BboBboBbo, when he was 6 years old.

The expression ‘born entertainer’ is really fitting in his case. From early on, it was clear to his parents that he was talented, though he admittedly hated going to auditions, photo shoots and getting ballet lessons – the latter mainly because he had to wear pink. He loved to dance, though, and that’s how he got to be a member of the child group Little Roora when he was eight. Even then he had such ‘swag’ (or rather, let’s call it confidence) on stage that it mesmerised the viewer:

The Roora period did not last long: after putting out a Christmas album, the agency cancelled the contract. Jiyong promised his mother to stay away from entertainment, but during a family vacation he won a dance contest against older contestants – and the MC happened to be Lee Soo-man, the founder of S.M. Entertainment. The little boy was scouted and spent 5 long years at the agency basically doing nothing, as training was disorganised and he could not sing, so the company was clueless what to do with him.

In the meantime, Jiyong became interested in hip-hop, through a friend who recommended the music of the Wu-Tang Clan to him. He began to take rap lessons from PeopleCrew, and participated in the hip hop album Korea Hip-Hop Flex in 2001 with his own rap lyrics, as the youngest rapper in the country.

At the age of 12, he caught the attention of rap duo Jinusean, who quickly let their boss Yang Hyun-suk know about the rough diamond they found. That’s how Kwon Jiyong landed at YG Entertainment, where he spent the next 6 years in training, learning from the best hip hop artists in Korea, and already writing his own raps, featuring in well-known artists’ songs. This is also the place where he met his eternal best friend-to-be, Dong Youngbae, now famous under the pseudonym Taeyang.

Despite clearly being the gem of the company, his trainee years were difficult. He and Youngbae prepared to debut as a hip-hop duo, but aside from the long hours of rap, vocal and dance trainings, they also had to experience unpleasant things. Waiting long hours to get featured on stage but having been forgotten by the manager and cleaning up after artists and producers was also a daily routine. Then finally, when it was looking like they would finally debut under the name GDYB (they even had their own website), President Yang changed his mind.

BIGBANG – WITHOUT A BANG

The president decided to assemble a boy band, and Jiyong and Youngbae were made candidates, along with Kang Daesung, Lee Seunghyun, Choi Seunghyun and Jang Hyun-seung. And he was to make a TV documentary about the selection process; where the boys had to compete and show their best performance to be eligible as a band member. Jiyong was no exception – it did not matter any more, he already spent many years at the company.

He admitted later that he was not happy with the decision, as he really wanted to do hip-hop – and not pop. Also, he was named the leader of the new formation that finally debuted with 5 members – and that went along with a lot of responsibility placed on the shoulders of an 18-year-old boy. He was scolded many times, and in turn he had to scold his team members as well. He was quoted saying that:

“Not long after our debut, I had to make the boys work harder. This was my duty as a leader, I had no choice, I had to be the bad guy. When people meet me off stage, they say I’m an idiot – but when I am working, I think about everything precisely.”

Big Bang debuted, but the ‘bang’ somehow did not come. They had an average debut, nothing spectacular or chart-sweeping, the reason for which is probably to be found in the rapid decline of the popularity of hip-hop. They were even called “ugly” by some. Big Bang needed a make-over, and Jiyong, now known as G-Dragon, had a major role in it – not even knowingly.

G-Dragon, having an affinity towards rap-writing, was constantly being challenged at YG, having to write multiple songs every day. He was promised a solo album, and thus he was diligently working on his songs. When he finished one, he sent it to President Yang, who scrutinized it, tore it to pieces and made Jiyong want to do better. At one such instance the President called Jiyong and told him the song he sent over was impossible to be put on his solo album. All of us can imagine the reaction: shock, tears, disbelief. Until the president cheekily announced it had to be put on the next Big Bang album. Of course, G-Dragon was not happy, he had to rework a solo song he spent months polishing, to suit two rappers and three vocalists.

Yang Hyun-suk sensed that the song was so much different, it could actually save Big Bang. Lies proved to be a real game changer, carpet-bombing national charts, raising Big Bang to the top and putting a young 19-year-old songwriter into the industry limelight. It remains an all-time favourite with fans, and was even named Song of the Decade by M! Countdown.

G-Dragon constantly evolves, transforming not only his looks, but his music and image as well. From an almost feminine, delicate model with androgynous looks, a cute boy, a swag-loaded tough rapper to a crazy party animal; he can change in an instant, and it is impossible to tell which image is his true face. He has over a 140 songs registered at the Korea Music Copyright Association, reportedly earning more than a million dollars from royalties. Out of all the songs he produced or co-produced, 16 charted at first place in Korea and elsewhere, including Lies, Haru Haru, Last Farewell, Heartbreaker, High High, Tonight, Blue, Fantastic Baby, Crayon and Who You. His critics are divided: some consider him a musical genius, others voted him the most overrated songwriter ever. He does not seem to care much about negative criticism, he just wants to do the kind of music he likes.

He is considered a fashionista, a trendsetter and is sought out by major brands to endorse their products – it seems like anything he touches will turn into multiplied revenue for his sponsors. He befriended world-famous musicians and fashion designers, and the latter stand in a queue to gift him limited collection items and special designs.

The little boy who danced so fiercely at family events and TV shows grew up to be a unique phenomenon not only in K-pop, but in the world of popular entertainment as well. His name is now not simply a stage name: G-Dragon became a brand of his own. Today, he turned 26. Still only 26.

We wish him 26 more years of success, at least. Happy Birthday, G-Dragon!