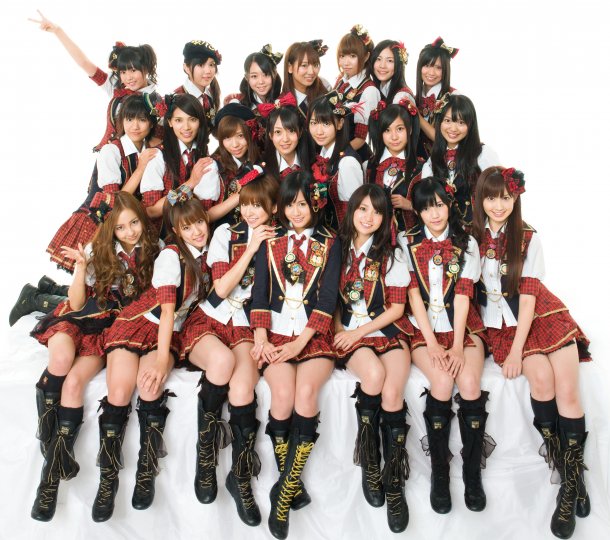 Can Korea create their own AKB48?

By The Editor | July 10, 2012
FacebookTwitter
SubscribeGoogleWhatsappPinterestDiggRedditStumbleuponVkWeiboPocketTumblrMailMeneameOdnoklassniki

Lately, I have been watching Kpop Extreme Survival (aka., Strongest Kpop Survival), where the story focuses on an idol group called M2. The group M2 has some of the members graduating, which means they will be leaving the group and will be replaced by new members. This is the same system that is used by AKB48, which is a popular idol group in Japan.

Despite their name, AKB48 does not have exactly 48 members. The number of members in the group can be around 40-100 people. This is because AKB48 is a dynamic group that is always adding new members and letting go of others. This concept is also known as  the ‘revolving system,’ because eventually all the members of the group will be replaced by new ones.

Therefore, it is not surprising that this system is disliked by most K-Pop fans. I even found myself getting emotionally involved in the drama and shouting at my computer screen that this was not Japan and to stop with these rotation groups. It was probably because of the scene where fans of M2 were protesting the members’ graduation, which reminded me a lot of Super Junior.

For those who do not know, Super junior is a popular South Korean group that was initially planned to be structured the same way as AKB48.  Originally, Super Junior was a group of extra trainees that SM Entertainment had no idea what to do with. Not wanting to drop them, SM decided to put all the trainees into one group and debut them as Super Junior.

Their name makes more sense when you understand the initial purpose of Super Junior. The members of Super Junior were trained as actors, MCs, singers, comedians and dancers. The group was supposed to bring the members enough fame, so that when they did graduate, they would be popular enough to pursue their individual careers in the entertainment industry. The members who left were supposed to be replaced with other trainees. Therefore, the group would always have young members.

This model, however, was thrown out the window because ELFs (Super Junior’s fans) had fallen in love with the members of Super Junior and did not want them to be replaced. When new members were added to Super Junior, ELFs grew afraid that the rotational system would be put into place once again.  This is when the conflict erupted and from where the term, ‘only 13′ came from.

Generally, K-Pop fans do not like the graduating or revolving method. Rightfully so, because it changes the whole dynamic of the group and members’ places in the group do not seem so secure any more. There have been a lot of complaints by fans of Korean group, After School, who are opposed to the revolving and graduating system. With one of the most popular members, Kahi, leaving the group, many fans have expressed that this is the end of After School. A lot of controversy has also revolved around the new member of T-ara, with fans saying she is too young to join the group.

So why does the graduation and revolving system receive such tremendous support in Japan compared to Korea? This is because groups in Korea and Japan are structured and promoted differently, and they are competing in different markets. The creator of the popular Japanese  group,  Yasushi Akimoto, have also created other groups such as SKE48, NMB48 and SDN48. All of these groups were created from the same model as AKB48.

The biggest challenge to graduating groups is the connection between fans and the group. Ironically enough, AKB48 deals with this by having a large amount of members in their group. When Akimoto created AKB48, he presented a concept known as Aidoru, which is an abbreviation of ai ni ikeru idol. Translated it means ‘an idol that you can go and meet’. This certainly seems to be true, because almost everyday, a subgroup of AKB48 puts on a performance for their fans and they have their own theatre where they do this.

Imagine performances everyday by a K-Pop group. This allows fans to feel closer to the idol. If you also purchase one of AKB48′s CDs, you will receive a lottery ticket in order to win a chance to attend a ‘Handshake Event’, where fans shake the hands of their favourite members. K-Pop idols have these events too, but AKB48 does it regularly with hundreds of fans. If you take a look at the video below, the place where the handshake event is being held is a large shopping mall, and it looks like there is about a thousand people in there. This can only be done because of the group’s large size.

When one group promotes a song or an album, another group puts on a performance in their theatre and meets their fans on a regular basis.  The large amount of members also helps them to dominate the entertainment industry and help promote the group whenever they conduct their individual activities. In a way, Super Junior did the same when they first started out. Each of the members’ solo activities helped to bring in fans. With a total of 13 members, Super Junior dominated the entertainment industry in a wide variety of areas that included dramas, movies, variety shows, radio shows, commercials, musicals, etc.

The type of connection is also very important.  The type of connection fans have with Korean and Japanese graduation groups are different. Since Korean groups are smaller, fans can learn all of the members names and form connections with the members individually. Even though Super Junior is the biggest group in Korea, it’s still small enough for fans to learn their names if they want to, though it can take a long time. Personally, for me, it took one year.  So, that might explain why I love the group so much. All that time I spent learning their names would go down the drain if I was ever to stop becoming their fan.

The connection fans have with AKB48 though is different. Only die-hard fans would take the time to learn 40-100 names! Instead, the connection they have to the group is like the love a person has towards a favourite baseball team or for cheering on your home countries when the Olympics come along. As long as the person is a member of the group, fans will support them. In fact, in K-Pop, this would be the equivalent of being a YG or SM Stan, where fans generally love most of the artists under a label even though the names of the artists might change.

AKB48 also promotes fan participation, which helps the fans to get attached to the group. Imagine a K-Pop group where you can pick the face of the group, and who gets to have the lead role in a song or a MV. Fans do this by buying their albums, where they receive a slip of paper that allows them to vote. Therefore,  in order to see your bias do well in the rankings, fans need to fork over some money. This allows the more popular members to get featured rather than the unpopular ones. This also creates competition among the members, but the up-side is that fans feel like they have some control over the group, which is important when members are temporary and can be replaced at any time.

The biggest challenge to graduating groups though, is training time. AKB48 and their sister groups usually have a couple months to a year of training before they debut. Korean idols, though, including After School members, usually experience a longer training period. Losing a member after putting a lot of resources in them is not the best idea. If a popular member leaves, then the group could very well lose a large fraction of  their fans.

So, the simple solution to this would be to decrease the training time, but here is the main difference between the two music industries. AKB48′s charm is that they are unfinished. Fans can cheer on their favourite idols and watch them as they grow. In Korea, however, there are high expectations for rookie groups. Only the most talented rookies come out on top. This is why rookie group B.A.P has received a lot of praise. They exude an energy and vibe that does not seem like it belongs to a rookie group. A group like AKB48 might not survive for long in Korea.

There are only two ways I see the graduation model working in Korea. Companies could scout trainees who have been cut from the entertainment companies. This way, the trainees would have already received some form of training before they get picked up. A lot of popular idols today like IU, Hyuna from 4Minute and Kikwang from BEAST got famous even though they were dropped as trainees. Plus there are numerous groups out there who have failed to reach immense popularity and have had to break up. So, it should be quite easy to take on the members from those groups. I think the number has increased this past year judging from the sheer amount of groups that have just debuted.

Or companies that wanted to create graduating groups could pick plan B, which is my favourite:  start putting all your trainees into one group!

I want to see the Kwon twins from YG entertainment! 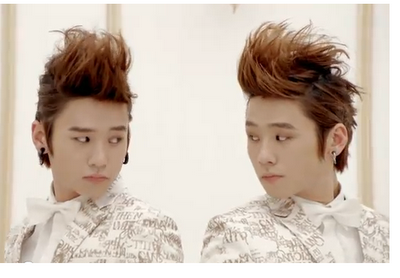 I want to see Cho Jino from SM Entertainment! 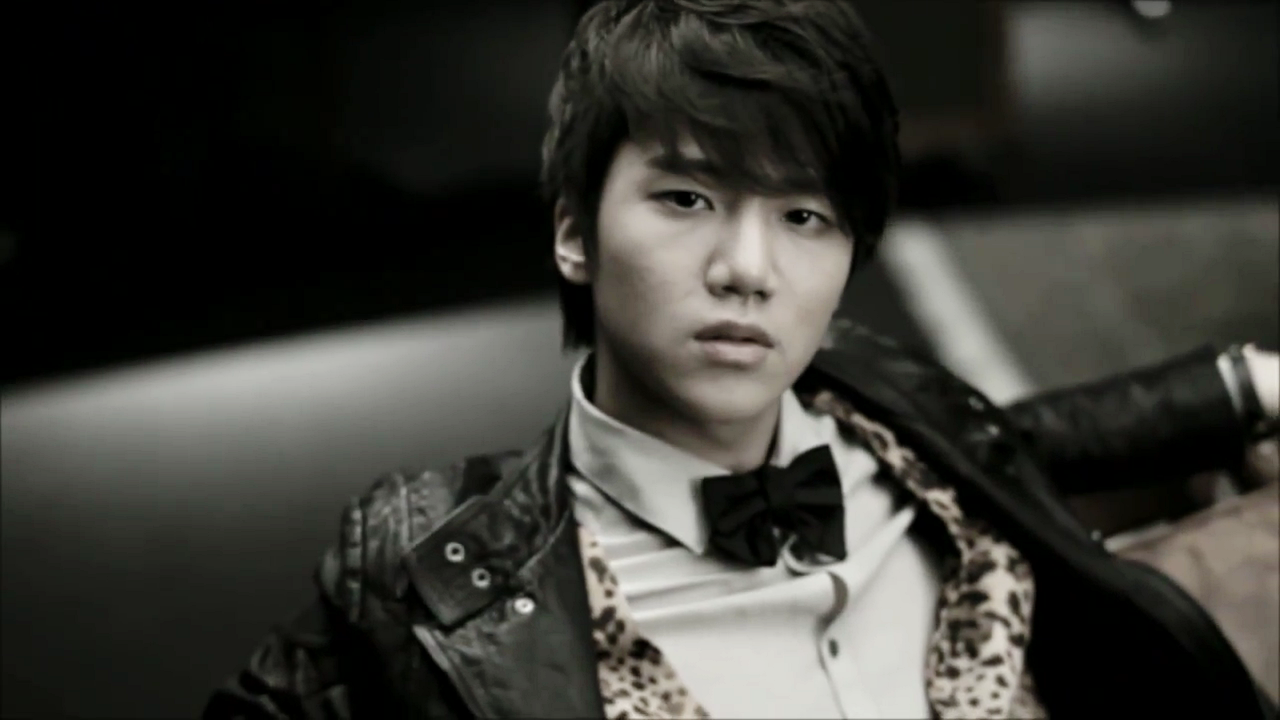 Most of all, I want to see every single trainee from Pledis Entertainment! 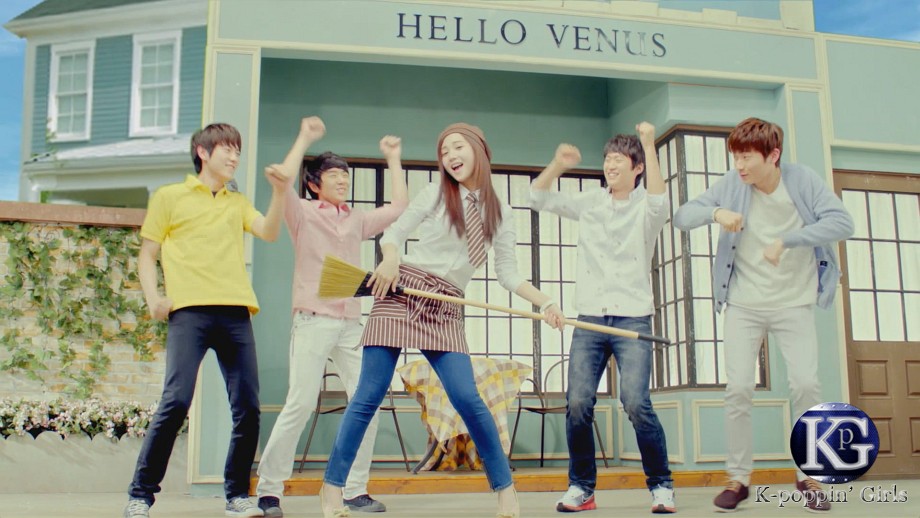 The twins from YG have been in a number of music videos, and they have their own fans, even though they have not debuted yet! These boys have made their appearance in Senguri’s music video for VVIP, GD & TOP’s Baby Goodnight and BIG BANG’s Fantastic Baby.

Jino from SM Entertainment has already been a member of a temporary group called SM Ballad. When EXO made their debut, a lot of people thought he was going to be one of the members of the group. Needless to say, his fans were extremely disappointed when they found out that he would not be debuting yet (myself included). What do I need to say about Pledius Entertainment? Ever since NU’EST debuted, everyone has been interested in their male trainees, trying to figure out which boys will be in Tepest and which one will be in the larger group Seventeen.

Putting all your trainees in one group can be advantageous. Trainees can learn things they can’t learn just by training. For example, they can get comfortable in front of the camera and large audiences, as well as getting more comfortable with performing. Putting them into a group also has the added benefit for the company and the trainees to earn a few extra bucks. When graduation time comes around, the trainees don’t have to necessarily leave the company. The popular trainees, or ones that show potential, can be put into another group. The company will have the extra benefit of being able to gauge which member is popular and bring into the new group an already established fanbase.

Most importantly, the public will already know that the group is temporary and is meant to showcase the company’s trainees. Fans will automatically lower their expectations and they can watch while the trainees grow and develop their skills. The graduation group can act as an intermediary step between training and becoming a full pledged idol. With a lot of these big companies housing a lot of trainees, I would like to see this happen.

Does anyone else agree with me, or should graduating groups only be confined to Japan?