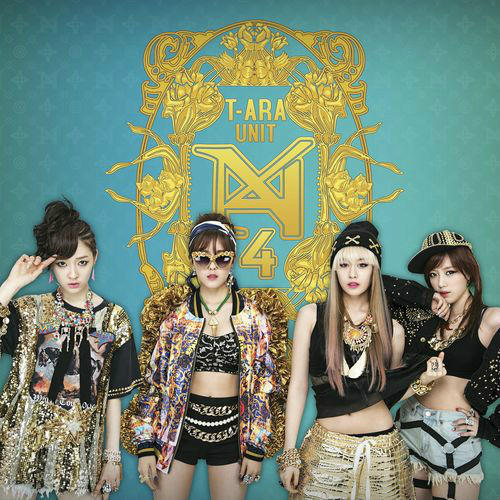 Chart analysis: T-ara N4 album sales confirms the idol group is still one of a kind

This is an outstanding underlined fact perhaps mostly ignored in the K-pop world, but T-ara is indeed one of the top Korean album sellers on earth.

The main reason for it being that those physical sales are completely overshadowed by their records breaking digital sales, nevertheless, ever since their debut in 2009, the CCM’s main group physical sales have only been second to IU and SNSD for a female artist. Overall, the group has sold about 500,000 albums in Korea alone, and close to a million worldwide (including their Japanese releases).

Up until the huge controversy last year which lead to member Hwayoung‘s dismissal, every T-ara physical release would sold between 70k to 100k. However, their last Korean release, Mirage, saw a fall to 36k. Time passed after, and T-ara’s first original Japanese single, Bunny Style, broke their own weekly record in Japan and is expected to be certified ‘Gold Disk’ before the year is over. T-ara’s subsequent Korean release came on the dying days of April 2013. CCM’s official announced they would only produce 40k albums of the idol group first sub unit T-ara N4. As many expected, they did not sell out their stock. No, T-ara N4 debut single sold exactly 26,080 copies.

The number could sound a derisive disappointment to the charts ingenious, well mind you, it is more than female heavyweights of the industry such as SISTAR, Secret, Brown Eyed Girls, Rainbow and Girl’s Day ever sold; and more than Davichi, Miss A and After School sold since 2011. As for direct competitions this time around, this is simply twice as much than Name is 4Minute who sold 13,508 copies since release, Lee Hyori‘s Monochrome (12,573 albums sold) and three times as much as Secret’s Letter from Secret (8,388).  T-ara N4 simply grossed the highest sales to date for a female sub-unit next to Taetiseo (SNSD’s subunit); all this in just a month.

Despite the backlash in public opinion and the guilty pleasure some media outlets rejoice on denouncing the disgrace, T-ara, as a whole, continues to make history. Certainly, it’s not as impressive as SNSD and chances are it never would be. T-ara has only an edge or two above their female counterparts but they have this unconcerned brawn that brings them to heights you never truly expect them to reach.  T-ara currently stands as the 11th best physical seller of the ongoing decade in Korea; and the second best female physical seller. The performance of their first sub-unit indicates the idol group is the same ground breaker it always has been. It comes as a big nod to the naysayers: notwithstanding haters’ desires, T-ara will continue to reign charts, sells records by the ten thousands, and walk ga-ring ga-ring ga-ring upon the K-pop scene.

The opinions and views expressed reflects those of the writer and not that of hellokpop as a whole.