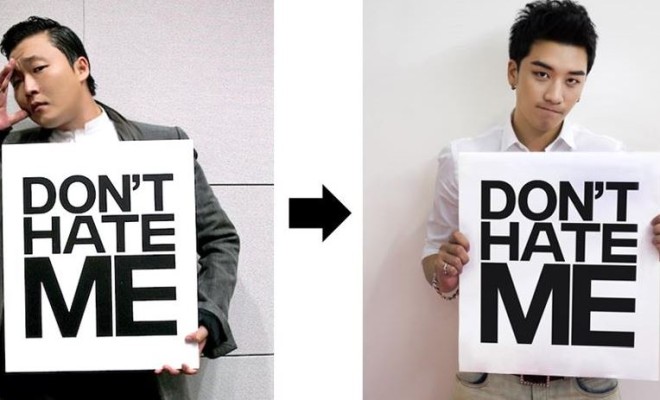 Confession: How I Used to Hate K-pop

I am going to confess today. I used to be a hater.

Well, not in the sense that I would go and comment under YouTube songs that “this group sucks,” or anything like that. I just used to dislike K-pop. But then, how on Earth did I get stuck with it so much that I am now an editor of a K-pop magazine? Good question.

It’s not by chance that K-pop is called “addictive.” It is far from a euphemism, believe me. I had turned away from Western music long before I discovered K-pop. My non-US musical journey began with Turkish pop and rock (I am still a devoted listener), and then I accidentally discovered mandopop superstar Jay Chou, and instantly fell in love with the Far East. I started learning Chinese.  I watched (and subtitled) Taiwanese series and wrote countless Wikipedia articles on China.

Being in the subtitling circle has its consequences. Most subtitling groups don’t only deal with one particular country, but generally subtitle anything East Asian, from China and Japan to Korea. That’s how I got exposed to K-pop–and I wasn’t particularly pleased with it. I found the music videos ridiculous, I disliked the make-up (yeah, the good old “men shouldn’t do that” kind of narrow-minded opinion). Recently, I started thinking about my K-journey, and that’s when it suddenly dawned on me that all the artists currently topping my bias list were on the undesirable end at the beginning. All of them, without exception.

When I first encountered Big Bang, I was convinced this was a joke. I saw Taeyang‘s I’ll Be There first, and I was like, “Really, what’s wrong with this guy? This shirtless thing is… meh. And autotune? Jeez.”

My first impression found G-Dragon “weird” and T.O.P.“ugly.” It still amazes me, though, that one week after telling my friend just how Big Bang didn’t fit my taste at all, I was already subtitling a couple of their MVs. Why? My friend kept telling me that I had to look more thoroughly, that it would impossible for me to make a conclusion like that when I hadn’t even seen all of their videos. I hate to be accused of not being meticulous, so I did the necessary and went through all of their MVs. And there I was stuck with a Big Bang fever immediately.

My flick with Rain started from the deepest of pits: rivalry. He won TIME magazine’s poll of most influential individual, and I was furious. Because Jay Chou was the runner-up. I was fuming with, well, green envy. Jay should have been the first! Who is this guy, anyways? And there I was looking him up on YouTube and…concluding that, well, wow, he can dance. And sing. And act. And… oh well, might as well just add him to my bias list then, right?

Thus my journey to K-pop-dom began, and slowly I started discovering other bands and singers. The next to land on my list was XIA Junsu–and guess what? I didn’t like him at first, either. I stumbled upon Tarantallegra on YouTube, and I was like, oh man, he looks so gay with that blond hair, and just way too skinny for my taste. The song is…bad. After three more listens, the song started to “get better,” and as I clicked through the YouTube suggestions, I found the guy has the most marvelous voice I have ever heard. Bang! Bias list +1.

Then I discovered that Junsu is actually in a band called JYJ. And used to be in a band called DBSK. And I hated DBSK. I didn’t understand why people liked them so much. I watched a couple of old videos, and I clicked away after a few seconds. The Kings of K-pop? Kidding me? Guess what? After I found out Junsu was actually in those videos, I went back and rewatched all of them. Oh God, those lives!

I have been sort of reluctant to accept Lee Honggi of FTISLAND for a long time. You know, for someone who grows up in an environment where men are mocked if they wear a pink shirt, it is sometimes difficult to open up to the fashion trends of K-pop straight away. One thing K-pop taught me was to be more open-minded and to throw away the pre-installed concepts of gender roles. But for a first encounter, Honggi was ridiculous. With those hairdos and the polished nails. I saw him in You’re Beautiful first, and I wasn’t impressed. I didn’t even know he was a singer, and did not bother to search further. Then one day, I stumbled upon a live performance of Memory, and realized just what I had been missing out on all this time that I thought Honggi was merely a fashion idol! My bias list had to be extended, again, with someone I used to dislike at first.

Why am I telling you all this? Because I want to point out that K-pop won’t necessarily appeal to everyone at first. It’s a very particular genre and it is a very unique world. Some people will resist getting into it, just like I used to, but once in, they will slowly realise that it offers so much more they could ever imagine.

So, fellow K-fans, don’t hate the haters! Educate them! It might be that they end up loving this genre, once they really get to know it.

On a side-note: I am still waiting for the moment that will make me a Super Junior fan, though…