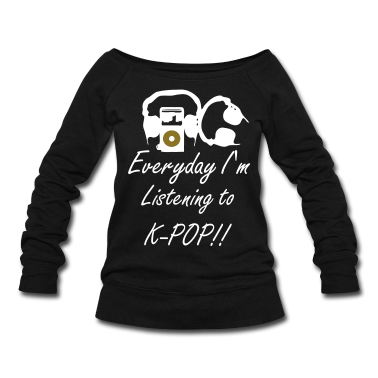 Confessions of an omni fan

By The Editor | July 11, 2012
FacebookTwitter
SubscribeGoogleWhatsappPinterestDiggRedditStumbleuponVkWeiboPocketTumblrMailMeneameOdnoklassniki

We all know there are different kinds of fans, but there is one kind of fan no one ever talks about:  the omni fan.  Not only do I think I’m an omni fan, I also think omni fans are good for K-pop.

Despite the thousands of fans that go about their daily lives not making the news, there always a few who receive attention when they misbehave.  You know who I’m talking about.  Jhenmiee explains why sasaeng fans make other fans look bad with their behavior:

“Sasaeng literally translates to  ‘life and death’ in Korean and is used to describe stalker fans. These sasaeng fans will wait at the doorstep of their idols for as may hours as it takes just to get a glimpse of them. They also hire special taxis that follow their idols around during the idols’ busy schedule in hopes that when the idols stop for a break, they can hand them a gift and possibly even get a quick chat in.”

You also have so-called “true” fans, a title that has its own issues.  For every “true” fan, there is someone who dislikes a “true” fan.  One K-pop Secrets post complains about posers who claim to be “true” fans:

“I hate it. Absolutely HATE it when I read comments on a music video saying, ‘I love this song! *insert an idol here* is so gorgeous! I’m a total *whatever the group’s fandom is called* now.’  Shut up. You heard one song. A promoted song. You only know one member. The rest look the same to you. Don’t call yourself part of a fandom when in reality you really don’t know anything about that group.”

After listing his/her criteria for a “true” fan, the poster adds:  “Then, THEN you can call yourself a true fan of that group.  I’m sorry. There are too many ‘fake fans’ out there.”

Another post on the same Tumblr criticizes the idea of the “true” fan:

“Just because I don’t worship my group and think they are goddess’ and can do no wrong doesn’t mean I’m not a true fan. . . . I’m sorry, but who is the more ‘true’ fan? Someone who blindly worships them with all their misdeeds completely ignored? Or someone who can truthfully admit their group/ biases mistakes but still forgive them and love them all the same?”

Can’t we all just get along?  I don’t really know what to think about the “true” fan civil war, and I’m certainly not a sasaeng fan. But I am an omni fan.  What is an omni fan?  Omni means “all,” so an omni fan listens to all kinds of K-pop. As an omni fan, I’m the opposite of those K-pop babies who, according to Jhenmiee, “are relatively new to the K-pop scene and usually focus on just one group, their fandom.”

I listen to all genres and acts from all entertainment agencies.  When I put my iPod on shuffle, Sechs Kies’s Smile Again is very likely to be followed by JJ Project’s Bounce these days.  While I was downloading some Kim Gun Mo, I also happened upon some Primary (don’t ask).  I’m mad that I’m missing some Brown Eyed Soul out of my collection. I’ll listen to anything, but I won’t like everything.  But I’m not obligated to.   I have my favorite groups (SS501 and Shinhwa), and I don’t really care for the girl groups.  But I listen to all of them: KARA, SNSD, f(x), 2NE1, Big Mama.  I listen to as wide an array of K-pop as possible and give everybody a fair shot.  I listen to K-pop.  Period. The only kinds of distinctions that matter to me are the K-pop I’ve listened to and the K-pop I have yet to listen to.  I have a long way to go.

Let’s be clear: I’m not an addict. I’m not going to roll up on you and try to force-feed my newest K-pop find down your throat.  Don’t confuse enthusiasm for coercion. I just want to share and learn more about K-pop.  I’m really very mild-mannered.

As an omni fan, I accept K-pop for what it is.  I don’t complain about the number of groups that debut or fret about not knowing every member of every group.  I don’t have time to prove whether I’m a “true” fan or wonder if you are a “true” fan, because I’m too busy listening to all the Kpop!

Being an omni fan doesn’t make me a better fan. But it does make me a well-rounded fan.  It keeps me open to new things. It also keeps me in touch with K-pop’s past. K-pop is no spring chicken; it’s grown up! So I think it’s important to know where K-pop came from to understand where it’s going.

We know that the K-pop world runs on fans who are loyal and committed to their individual groups.  But as the argument over the “true” fan shows, focusing too much on that loyalty can also produce unnecessary divisions among fans.  It can prevent us from venturing out to listen to new things and expanding our horizons. K-pop also needs omni fans who are willing to go beyond what is easily accessible, cross genres and defy the expected. By respecting others and focusing on our common love of K-pop, omni fans can act as bridges and share the love.

So, are you an omni fan?