By Community | May 2, 2014
148
SHARES
FacebookTwitter
SubscribeGoogleWhatsappPinterestDiggRedditStumbleuponVkWeiboPocketTumblrMailMeneameOdnoklassniki

What is beauty? How do you define it? What do you find beautiful? Do you see yourself as beautiful? Each of these questions will produce different answers based on the culture that is asked about, but what happens when the standard of beauty set forth by an entertainment industry causes the audience to search for something that is a false ideal?

Plastic surgery has increased in Korea recently, and according to The Economist, it’s currently the most cosmetically-enhanced nation on the globe, surpassing the U.S., Brazil and even Italy in procedures. What’s even more startling, however, is the age of the patients that are finding their way to the plastic surgeon. 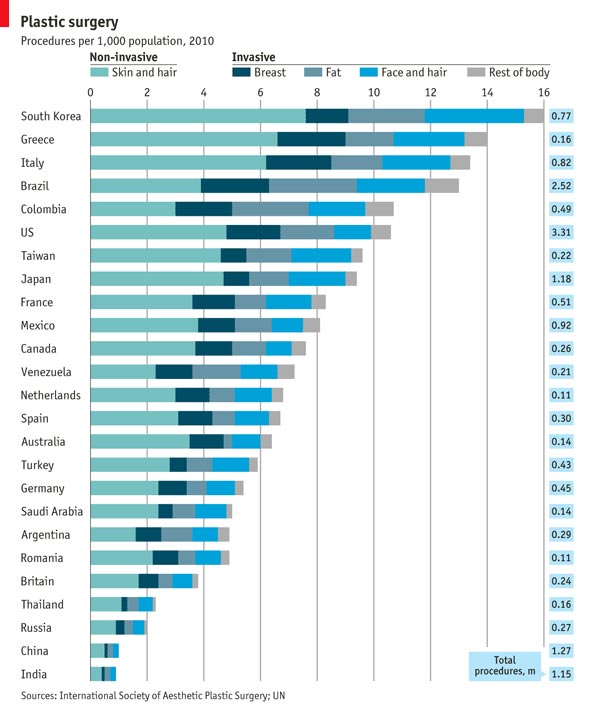 KoreaAm interviewed Sharon Lee, an associate professor in the Department of Social and Culture Analysis at New York University, who has researched the spread of plastic surgery in Korea and the Asian-American community, Ms. Lee cites numerous documentaries that feature young high school girls. She believes that while the cosmetic industry isn’t necessarily specifically targeting these teens, she also thinks “…that they really don’t need to specifically do that because pop culture is so oriented towards young people and young kids. The stars of pop culture are getting younger, and their fans are getting younger.”

So is K-pop contributing to this increase in plastic surgery in teenagers? Well, it certainly seems to be changing their attitudes toward it. Lee continues, “…these are young girls [who are] talking about how they absolutely will have plastic surgery after they graduate [high school] if they can afford it…”

The website, New America Media, cites teenager Sujin Shin, a 17-year-old student in Yongin South Korea, as an example of the prevalence of teenagers who view plastic surgery in a positive light. Shin agrees that K-pop does influence her peers, stating, “K-pop has persuaded teens to think and believe that there is only one type of beauty, which they must strive to achieve… [and] to reach that ‘one beauty,’ they opt for surgery.”

Personally, it bothers me that teenagers are so accepting and willing to go under the knife to change themselves. Not only are teens still learning about themselves on an emotional level and finding out who they are as a person, they are also still developing physically.I remember how painful it was in high school. I was extremely shy. I hung out with the “nerds,” my body was chunky and I was a flute player in the marching band. Believe me, this doesn’t elicit much of a thrill with the popular people, and I often wished I looked different.

With the emphasis on beauty permeating the K-pop world, it’s no wonder these teens are scrambling to change features that they and society deem unflattering. So management companies, if you’re going to push a certain ideal onto the viewers and promote certain attributes, the least you can do is own up to the fact that the artists have had help in certain circumstances.

Pop culture does influence its viewers, and because of this, I think that more entertainers should be honest with their surgeries. Don’t sugar coat it to just focus on how well their appearance is after the procedure, but talk about the pain, swelling and recovery that’s involved with it as well. Explain everything. 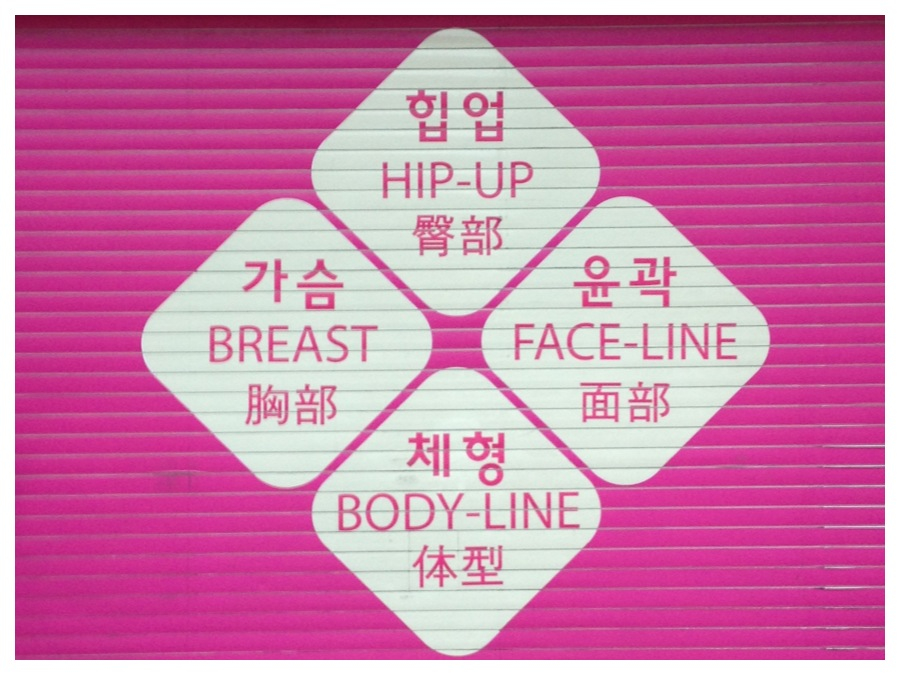 So what about natural beauty? The term “natural beauty” is something that you see a lot of in the land of K-pop, and it’s an idea that, when threatened, can really get some fans’ blood boiling. Don’t believe me? Tell them their bias has had some form of plastic surgery, then sit back and get ready for some sparks to fly. Why does this notion of plastic surgery versus natural beauty weight so heavily on the fans? Simply put, it’s still considered a little taboo to admit to having work done.

Honestly, everyone wishes they had the perfect genetics that allows them to have that flawless body they’ve dreamed of, but for most of us mortals, there are some trouble spots. For idols, whose very career depends a lot on their looks, it can be several trouble spots, and unfortunately, with the amount of competition that singers face in the industry, when their management company suggests they have a procedure done, they do it.

The problem, though, is when these idols project the notion that they’re natural beauties and deny the work they’ve had done. Some idols, though, are very comfortable with the fact they have had plastic surgery. Idols like the Brown Eyed Girls and Kwanghee from ZE:A have openly admitted to having work done.  Although, admittedly, with the Brown Eyed Girls, their surgeries happened after their debut, so it’s a bit easier to see the changes from before and after photos. Still they get kudos for being honest. 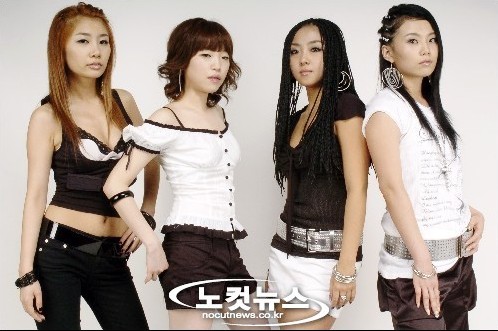 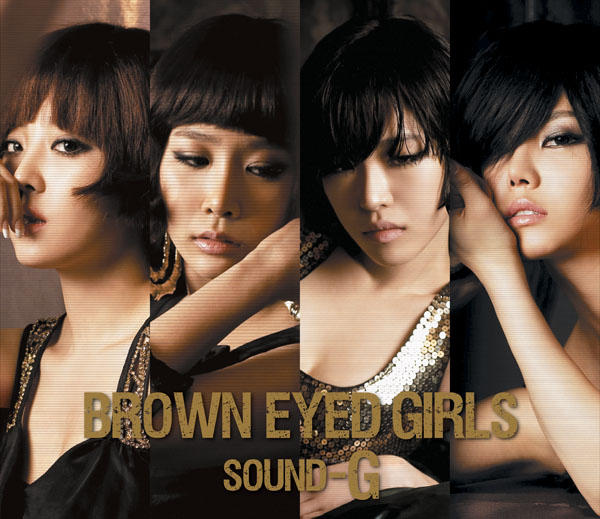 But honestly, should we really care? It’s true that ultimately it’s up to the individual performer to admit what work they may or may not have had done, but as public figures who undeniably influence their fans, I think it creates a false sense of beauty when performers don’t admit that they’ve had plastic surgery–especially since some of the looks so highly prized in this field (double eye-lids) aren’t always natural to those of Asian descent and can only be obtained through surgery. However, if you’re going to get it done, then own it, so that others realize that the beauty they are aspiring to live up to can’t be gained without help.

Herein lies the problem though. On one hand, there is the peer-pressure to have a procedure done or a specific feature enhanced, but on the other,  there is still this notion that “natural beauty” is the best.  The group Brown Eyed Girls responded to this notion of “natural beauty” and the denial that some people have in the naturalness of their significant others’ looks in a funny short on SNL Korea. They make a good argument about being honest and owning your plastic surgery. Why expect a certain standard of beauty and then condemn a person for achieving that look with plastic surgery? One line of lyrics even remarks on the fact that it’s actually cheaper to get some surgeries done than it is to buy a designer handbag. Ouch. Talk about supply and demand. Take a look at the video below.

The humorous video pokes fun at the prevalence of plastic surgery in both the music industry and in the general public, and it’s a great way to open up a discussion on this subject. The idea of having perfect features and notions of beauty affect both men and women, and this need to find any way to achieve these impeccable looks in turn creates a vicious cycle that isn’t easily resolved. So, while plastic surgery is becoming more accepted and common place, there should be an understanding of the implications, both for those entertainers who go under the knife and those who view these entertainers.

Working in the highly competitive entertainment industry forces our idols to try and stand out in any way possible, and the prevalence of chocolate abs and double eyelids that permeate throughout the industry give the illusion that only certain standards of beauty really matter. As we’ve previously discussed here, K-pop is manufactured on a specialized level, and while we may really enjoy those lovely chocolate abs our biases sport, we need to remember the level of competition and stress that trying to achieve the perfect look may be causing our singers. So, while each group struggles to stand out in a world of manufactured glitter, the notion of manufactured looks isn’t much of a stretch.

I think what’s more of a stretch is the belief that plastic surgery in this field is a rarity.  It bothers me that my favorite singers may have been put in a position that forced them to choose between keeping their natural looks and risk being dropped by a label for not appealing to their audiences, or a career.

What are the implications for beauty when more and more people find the same exact standards of beauty appealing? Everyone enhances themselves in some way or another. What girls (and guys in some cases) haven’t put on makeup to enhance their eyes or lips. These are certainly forms of beauty embellishments, but when somebody goes under the knife to get their favorite celebrities nose, then what happens to individual beauty? Sujin Shin talked earlier about trying to achieve the standard form of ‘one beauty’ that so many teens want. That’s a problem.

There shouldn’t be a ‘one beauty’ standard, and the fact that there seems to be, offers K-pop an opportunity to address this issue. Be honest with your fans about surgeries and talk about beauty in all its forms. Now, I’m not pointing fingers, and by no means am I saying nobody should ever get plastic surgery. Still, if the idea of beauty is the same face, same eyes, and same body shape, then what happens to the unique beauty that is in each of us? Does this sound corny to you? Maybe it is.

I’m personally not willing to go under the knife for something that isn’t life threatening, but at the same time, if it makes someone feel better about themselves then, okay, I can see that. But please don’t overdo it. At some point, surely there will come a point when people start looking WAY too much alike.

So what do you think? Do you think there is too much pressure to fit into a certain beauty ideal in K-pop? Does the prevalence of plastic surgery in K-pop bother you? Let us know in the comments below!