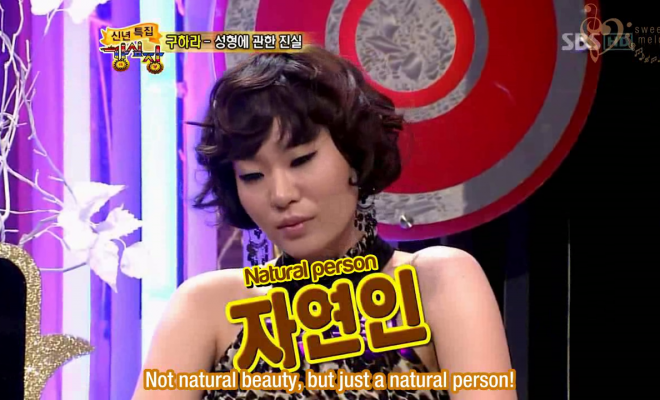 Your Host Tonight Will Be: …The Role of The MC in Korean Television Shows

Bethany wrote an editorial on the successful factors of a Kpop variety show. In it, she focused on idols in reality and variety shows. This week, I’d like to focus on another group of people without whom the Korean television show would not be complete: the host!  Not only are these talented individuals crucial to the show, their presence shows that Kpop is for all generations.

Some people focus on the youth of the idols in Kpop.  While idol groups always have a maknae (the youngest), some worry that Kpop groups skew too much toward the young.  Stellar Effect writes: “For a while now, I’ve been exasperated by how the average age of K-pop idol group members keeps declining. They just keep getting younger and younger.”  Nguyen Binh suggests that youth also factors into the target demographic for Kpop: “This pop idol industry caters to the needs and interests of the youth who are after something other than music, especially young audience who seek to have their own role models or those who pay attention to the continuously changing trends and styles.”

However, Korean television shows that young idols and older MCs show that Kpop is not just for the young. While the MVs may initially capture a potential Kpop fan’s attention, Bethany noted in her editorial that the reality show plays a large part in a newbie getting to know a group:

“I think that’s where the appeal of these shows come in.  Having the chance to see an idol behave offstage and in a different situation is intriguing. Sometimes their images don’t really match up to their personalities, and that allows fans to reevaluate them and perhaps, even bring them new fans.”

If variety and reality shows are a staple of Kpop, then so are the often older men and women who host them. Let’s be clear: I’m not calling these hosts elderly.  They are older compared to the idols that frequent their stages, but they are also beloved by fans just like the idols. Before his departure from Strong Heart, Kang Ho Dong was often referred to as “the nation’s MC,” particularly in light of his popularity on 1 Night 2 Days.  VitalWarning writes:

“It’s not easy to imagine a 1 Night 2 Day episode without Kang Ho Dong. When rumors of Kang Ho Dong leaving the show first arose, netizens came together and conducted a petition movement against his departure, and many left heartfelt comments on the official site’s noticeboard in an attempt to persuade Kang Ho Dong to stay.”

These shows depend on MCs just as much as they depend on the idols that come on as guests.  MCs are often the source of the entertainment value of shows like season five of Idol Army, featuring MBLAQ. It’s fun to see the members of MBLAQ in wacky situations, but it’s even more fun when the two female comediennes who act as hosts, Jung Ju Ri and Shin Bong Sun, make them really uncomfortable.

In fact, Jung is so popular, she has own following among the idols themselves.  In an interview, she says: “Over the holidays, idols make sure to contact me saying ‘Nuna, be well and see you soon.’”

While Shin and Jung use humor to interact with the idols, others like Kim Shin Young participate in the music side of Kpop. Known for her hosting duties on Oh! My School/100 Points out of 100, Kim gets down with the best of them in her parodies of hit Kpop songs like Rain‘s Rainism.

Even when she isn’t parodying a song, you get the feeling that Shin just loves her Kpop. In this Super Junior/ SS501 dance battle, check her out at 1:10:

Still other MCs use their senior status in other ways.  On Taxi, hosts Lee Young Ja and Gong Hyung Jin pick up idols in a taxi, practically holding them hostage while they drive around, ask questions and persuade them to call their friends.  In this clip, I bet Seungri wishes he lost Daesung‘s number:

The advantage of being an older MC on a Korean show is that you can pick on the idols. Because of the respect for seniors, idols not only have to grin and bear it, they also have to answer questions that interviewers their own age or younger may be too embarrassed to ask. But not Lee! She really wants to know what Daesung really thinks of BigBang‘s maknae, and does not relent until he tells her.

These shows are really fun.  They show good-natured fun between generations in a way that maintains a level of respect and civility.  Most of the time, that is. Sometimes, idols get in trouble for not respecting their elders on Korean shows. For example, some point to SNSD‘s Tiffany‘s comments towards Kim Ji Suk on an appearance on KBS‘ Champagne as how NOT to interact with your seniors.  Myonlystarlight writes that fans believed that her behavior was disrespectful:  “After the show, netizens, including SNSD fans, were not happy. They now accuse her of being a snob and rude towards Kim Ji Suk who did not ask for her help.”

Despite such incidents, the interaction between older MCs and younger idols shows that Kpop is for all generations. An idol’s first stop when beginning a comeback is often a popular television show. These hosts have an easy-going manner with the idols, and seem interested in their new releases and activities.  What would we do without the MCs?

Nguyen Binh, The Past, Today And Future of Hallyu, Korean Wave (3), Friendly Korea

Bethany, The Factors of Success for a K-pop Reality/Variety Show,” hellokpop

VitalWarning, Could Kang Ho Dong Have Risen to “Nation’s MC” Status Without the Existence of 1 Night 2 Days?, allkpop