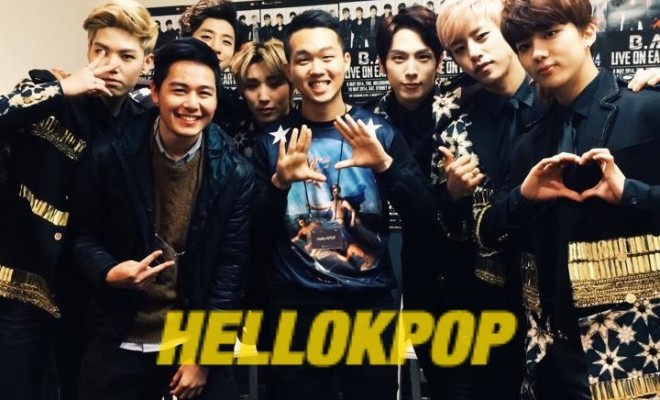 How K-pop helped change my life 4 years ago

Before I met K-pop, I was fat. Medically speaking, I was morbidly obese. My weight was so severe that my doctor warned me I would die at a young age if I didn’t do anything about it.

I was ashamed of myself, and was on the verge of self-harm.

Around the same time I was warned by my doctor, I discovered K-pop for the first time.

I had just turned 15 and BIGBANG and Wonder Girls’ had just released their music videos for Haru Haru and Nobody. As per routine, I was browsing YouTube’s most viewed videos and stumbled across the two songs.

At first, I thought it sounded funny because I couldn’t understand what they were singing about. Then I was hooked onto the plot and concepts from the music video.

BIGBANG were fighting over one girl and JYP was stuck in the toilet with no toilet paper. Genius, I thought and instantly, I was hooked onto the two groups.

But during this time of my life, my doctor gave me a choice to die or do something about my 131.5kg (290lbs) frame. Of course, I chose the latter.

I decided that I would go to the gym and eat healthier, so that 56kg (124lbs) later, I reached my goal weight.

However, this isn’t a story about how I lost weight, but rather how K-pop has helped me discover my new identity.

I was born and raised in Australia, where Western media dominated mainstream culture. As a kid, I listened to American music, watched American movies and even wanted to be a white American.

Where were the Asian representation?

In 2009, I started to watch a lot of Korean dramas after being exposed to BIGBANG and Wonder Girls. At the time, K-pop was really picking up and more and more people were listening to it.

I followed the Wonder Girls closely as they moved to America in 2009 to pursue a career there. I pre-ordered their English album (which was never released, I want my money back!), watched them perform on every American show and also tried my best to spread the word about them.

It made me proud to see Asians, like myself, become successful and achieving their dreams. I lived in a culture, where I only saw representations of white people being successful.

Sure, there were Asians who had minor roles in American movies, but they were always stereotypical nerds, and always made fun of.

It made it hard for me to be proud of my Asian background, because there was nothing to be proud of. I couldn’t talk to people about any successful Asians in the mainstream culture.

That’s when I decided I wanted to be part of this ‘Hallyu Wave’ and started a blog called hellokpop four years ago.

It was 2010 and I was 16, turning 17. I had never really liked writing but I enjoyed making websites for fun.

I wanted to start a K-pop blog because I wanted to promote Asians in the English speaking world and because I just wanted to make a website.

So, I found 16 writers who would be part of my writing team. It took us about two months to make the website, recruit and train people.

I decided to launch hellokpop on June 12 because it was my sister’s birthday and I felt like it would be easier to remember two things on one day, rather than two separate days.

On the first day of our launch, we had over 700 likes on Facebook. More people started to follow our blog and soon enough, we had hundreds of thousands of readers each month.

We were getting quoted everywhere on the internet and multiple times in the Korean media. In 2011, Mnet did a special episode of M! Countdown on the Hallyu Wave outside of Asia, and we were a recommended blog for English readers. 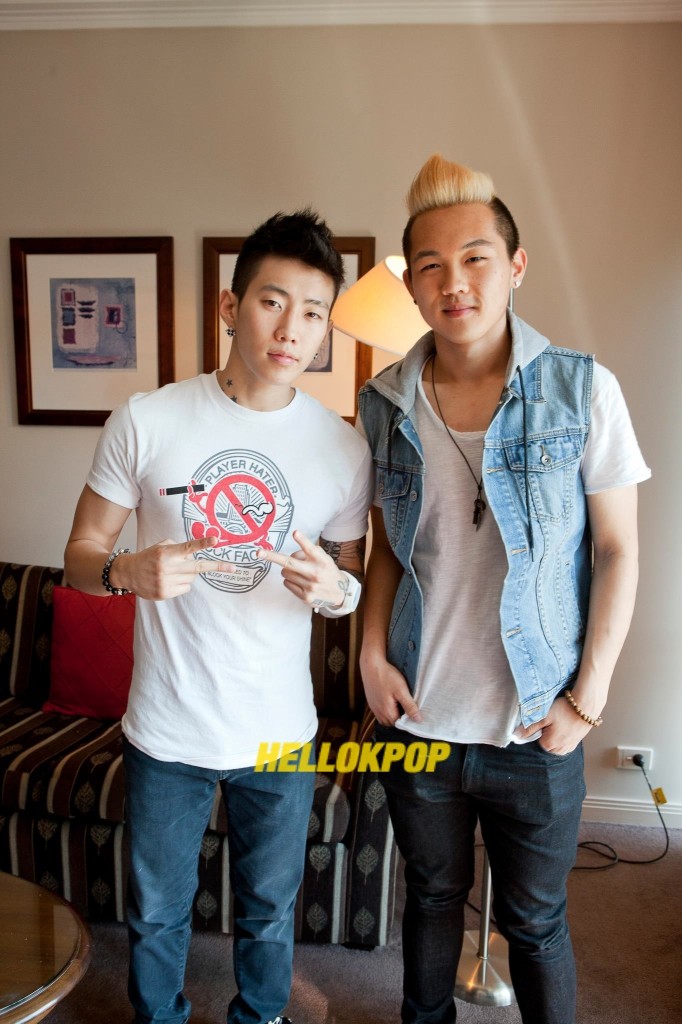 I gave up the opportunity to interview Jay Park to a friend because I didn’t have the confidence to be on camera with him.

Working for hellokpop has helped me deal with my body image issues, I had growing up. Every time, we did an interview with a K-pop celebrity, my confidence would grow a bit more.

It took a lot of confidence to be on camera with celebrities such as Jay Park, who is well-known for his ripped abs and B.A.P, who are just heartthrobs.

I would send in a request to interview these celebrities, but would put off arranging a time and date once they accepted it because I didn’t want to feel ugly and fat next to them.

I was still psychologically ‘fat’ even though I had lost all the weight, but after meeting these successful people, I realised that I shouldn’t have been comparing myself to these idols because our stories were different.

Being only 16 when I started the website, I felt like I wasn’t in the position to accept invitations to work with big media companies such as MTV Asia and Mnet. I mean, I was a kid still and I didn’t have any business skills.

I remember one of the first companies I worked with. Everything was going well, until he met in person and realised I was only 16. He began to snob me off and ignore my emails and phone calls. It really pushed my confidence back from trying to work with anyone again.

So, we were having all this success but I was finding it hard to balance the increasing demand from hellokpop and school. There was a time during my high school finals, when I flew out to cover a K-pop event in between the days of my exams.

Thankfully though, I had a supportive family at hellokpop, who kept encouraging me to focus on my studies. I would especially like to thank my co-founder and business partner, Adrian. He has always been there for me whenever I couldn’t handle with the stress that was amounting.

I also am truly thankful to all the contributors on this website. I have learnt a lot from working with the hellokpop team. 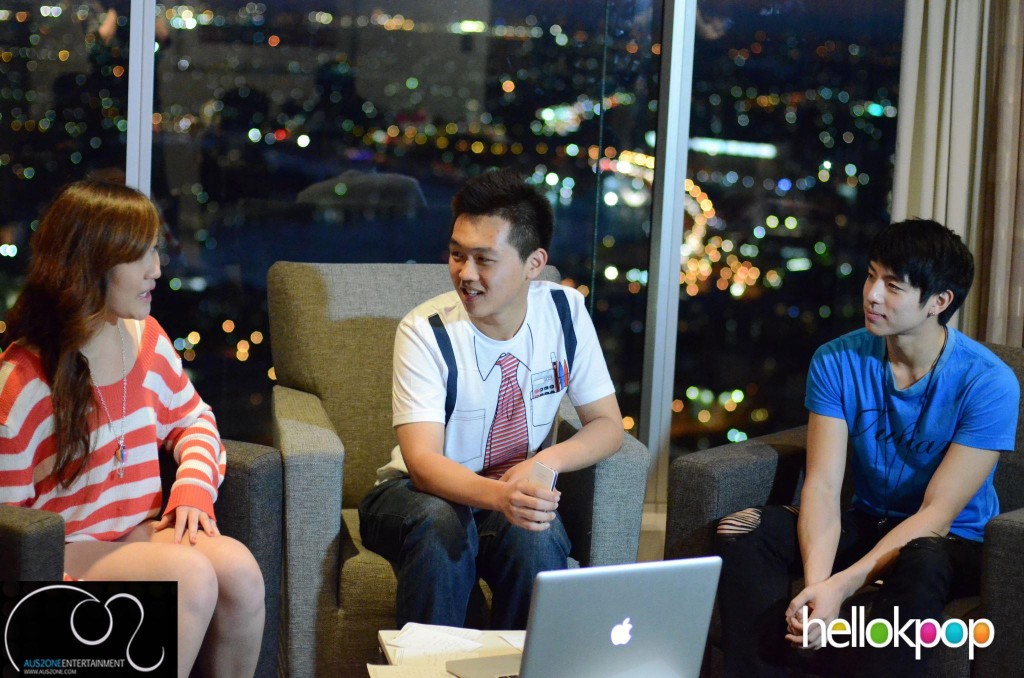 My pre-debut interview with C-Clown’s Rome has been the most memorable because I got to watch him from his humble beginnings to his success as a K-pop idol.

I am currently in my third year of completing a Bachelor of Commerce and Arts, majoring in marketing and journalism. My vision for hellokpop in the next few years is to branch out into event organising and even perhaps a talent agency.

Personally, hellokpop has helped me define what it’s like to be an Asian living in the 21st century. It has showed me that Asians can be equally as successful. I am so proud of the culture and history that Asia has to offer to the world.

It has also given me the opportunity to deal with my personal issues such as my body image and restore the confidence in myself that everyone should have.

To my team, we did it! Happy four years! This is our achievement. To our readers, thank you for continuing to support us and we hope to continue bringing good content for you!