How K-Pop is starting to kill itself and the world

By Phillip | May 7, 2014
FacebookTwitter
SubscribeGoogleWhatsappPinterestDiggRedditStumbleuponVkWeiboPocketTumblrMailMeneameOdnoklassniki

Let’s face the truth here. The K-Pop industry is an industry based on looks. Or for a lack of better word, lookism exists in Korea. Lookism is defined as when discrimination occurs when looks or appearance is considered.

With K-Pop currently making an impact in western pop culture, there are a few issues that we need to set straight if we want K-Pop to be successful and different from western pop music.

Earlier last week, my colleagues Brandi and Xiaolong wrote editorials exposing shocking increases in plastic surgeries among teenagers and extreme male diets in Korea and the K-Pop industry, an area of subject which I am passionate about. As a personal trainer and an advocate for fighting childhood obesity, the facts in these editorials were alarming.

My colleague Brandi reported that South Korea was not only the most ‘cosmetically-enhanced nation on the globe,’ but she also reported that more than 41 percent of teenagers were willing to have plastic surgery for beauty.

Now, I obviously love K-Pop, and I’m not only going to push the blame onto the Korean Pop industry alone. Western popular culture also has been contributing to body images issues for many decades.  However, as the K-Pop wave begins to pick up in western culture, we must make sure K-Pop does not contribute to the underlying issue of body image and childhood obesity.

Here are some interesting facts and studies about body image from DoSomething.org:

The World Health Organisation (WHO) reported that more than a billion adults were overweight in 2008 and more than half a billion were obese. And those figures were from five years ago. The WHO not only found that 40 million children were overweight by the time they entered pre-school but that marketing from pop culture influenced the rapid rate of obesity around the world.

The reason I link plastic surgery to obesity is because everyone knows, and you and I both know, that many K-Pop stars go under the knife before they debut. More than half of the pre-schoolers I have talk to tell me that they want to grow up and become pop stars, and I still hear it everyday from teenagers who go to extremes to qualify for an audition at these K-Pop record label companies. 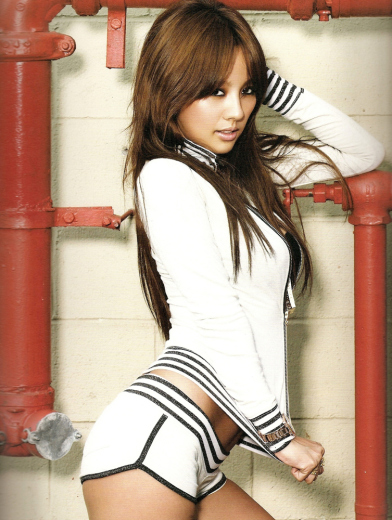 Sensualization in K-Pop linked to increasing rates of surgeries and obesity?

K-Pop stars appear everywhere – on billboards, TV, radio, endorsements, etc. and nowadays, we even see idols Gangnam Stylin‘ it in the western media. Whether they like it or not, they have a duty of care to their young fans to not only demonstrate appropriate behaviour but to also be a good role model.

Still, every so often, we’ll hear about the latest celebrity diet, such as Sandara Park’s watermelon diet, JYP’s nut diet, or even the Girls’ Generation 800-calorie diet. How many young boys and girls flock to try these diets after hearing their idols have achieved perfect pop star bodies? How many will starve themselves?  The answer is many.

Then we have the focus on ‘looking good’ to become ‘an idol’.  Lookism exists in both the fans and the companies themselves. Because majority of K-Pop fans are, in fact, young girls, you don’t have to go far to find comments about idols looking ‘hot’ or ‘cute’. This not only encourages the record companies to produce only groups that look somewhat appealing to the masses, but also influences young hopefuls to undergo extremes to fit the criteria of an ‘idol’. 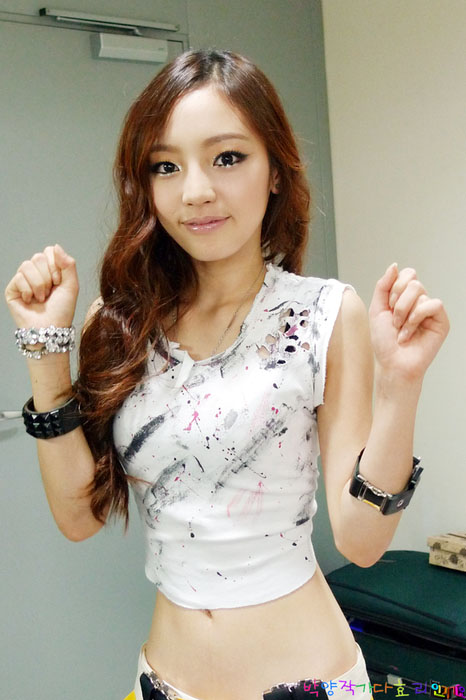 The focus on appearance is dangerous to K-Pop. Back when I first started listening to K-Pop, it was all about the interpretation of the good music that filled in the gaps of Western music, but now, there’s almost no difference between western pop music and K-Pop. K-Pop will truly be just a ‘trend’ if fans and companies continue to place such a heavy emphasis on appearance.

The one and only way you can truly be healthy forever is to maintain a balanced diet, and by diet, I mean anything you want to eat in moderation, and combine that diet with a sensible exercise regime. The Center for Disease and Control Prevention from America recommends 75 minutes of aerobic exercise a week, combined with muscle strengthening activities two times a week targeting all major muscle groups.

With all this emphasis on looking like -insert K-Pop idol- and following their crazy diet, I’m certainly concerned for K-Pop, but mostly I’m worried about the future of our children. We don’t want our children to grow up feeling insecure, depressed and obese. Still, these are the wrong messages we are sending to our kids. So, if this is the way it’s going, then my future children will not be listening to K-Pop.

FacebookTwitter
SubscribeGoogleWhatsappPinterestDiggRedditStumbleuponVkWeiboPocketTumblrMailMeneameOdnoklassniki
Related ItemseditorialfeaturedhealthK-poplistquiz
← Previous Story The biggest obstacles of K-pop
Next Story → Was EXO Kris planning a solo debut? Why did he file the lawsuit?