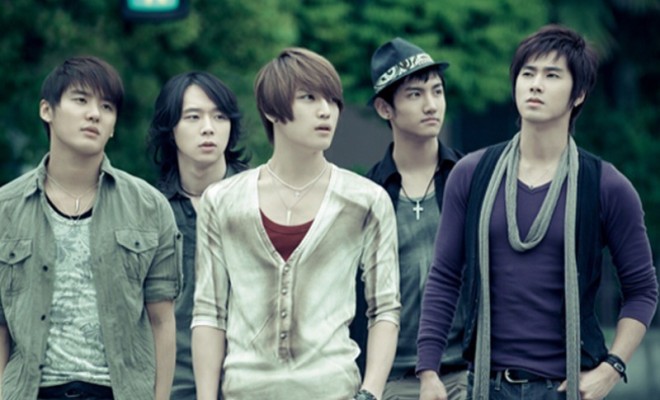 How the Members Of DBSK and JYJ Inspired Me

I was kinda swept up into Kpop via J-pop, as some fans are. I was browsing YouTube looking for Japanese songs when I stumbled on Rain’s song, Freeway, but I hadn’t yet developed the ear to realize he was singing in accented Japanese. When I found out he was Korean, I was shocked, but then proceeded to search for more of his songs.

Growing up with hip hop and R&B mostly, I found Rain to my liking. For a year, all the Kpop songs I listened to were sung by either Rain or Se7en. Until I saw Mirotic in 2008, that is. I was sixteen at the time. This is the story of how I learned about DBSK, fell in love with Tohoshinki, and eventually turned into an avid supporter of JYJ.

*Warning: the story might get a bit mushy here and there.

I was very surprised by Mirotic when I stumbled upon it. Who were these guys with those great dance moves like The Backstreet Boys of old? I didn’t know about Kpop groups at that time, because all I listened to were solo artists. I liked Mirotic a lot: the music video was intriguing, the song was catchy, the guys were good looking and had good voices.  What’s not to like?

But I wasn’t sold on them just yet. It could’ve just been a one-off. I wanted to be enchanted completely, before setting myself to research and becoming a fan. And then I saw this exact performance:

Never in my life have I been so enticed by people’s voices. To me, at that point, they were angels. And I hadn’t even paid attention to the lyrics yet. When I did, well…I was sold. I went into research mode and found out everything I could about DBSK. I listened to all of their songs–even though I might not have found every single one to my liking–watched their music videos, variety segments and Banjun dramas.

I found myself drawn to Jaejoong and Yoochun the most. To me they were the entire package: voice-wise, looks-wise and especially personality-wise. I warmed up to the others as well and spent a lot of days laughing at the group’s antics. My fondness for Junsu grew as I was introduced to his “dolphin scream” and “OMG Sun!”

To be honest, I liked (and still do) their Tohoshinki material more than most of their DBSK material, because I preferred those beautiful ballads to their dance songs. And because it was in Japanese, so I understood a few words here and there thanks to my background of watching a lot of anime. I also had a lot more respect for them on the Japanese music scene, because of their struggles to be seen as actual artists. When I saw their live performance of Proud, where Yoochun started to cry and Junsu eventually did too, I was so inspired by their hard work to make their dream of becoming respected Japanese artists come true, that I steeled myself to actively pursue my own dream of becoming a Fantasy author.

And then the one thing I thought would never happen in my life happened. In July 2009, a rift tore DBSK apart as (my now favourite) members Jaejoong, Yoochun and Junsu sued SM Entertainment. I’m going to spare you guys the heartbreak of going over everything that happened–and is still happening–because you know the rest. Perhaps it’s because I’ve always rooted for the underdogs, or perhaps my bias prevented me from siding with the remaining members of DBSK, or perhaps I just went with the voices I loved the most, but I sided with the members of JYJ immediately.

Following their court case closely, my feeling of unease grew about what was happening with JYJ and SM Entertainment. I kept supporting JYJ.  I bought their albums, went to their concert in Berlin and covered the event for hellokpop, among other things. Seeing those three guys fight so hard to continue doing what they love and what they’re so darn good at, my admiration for them only grew and grew. They kept inspiring me with their struggles, with their beautiful songs, with their gratitude for the fans that kept supporting them after the lawsuit and the new fans they got.

I wanted to honour them in some way, to let them know I–and their fans–have got their backs. So I decided to give three of my main characters, in a manuscript I only recently finished and am now editing, their names. (With a slightly different spelling, of course and none of their characteristics, because it is a Fantasy novel and not fan fiction).

I also decided that if, by chance, my novel ever gets published, I’d dedicate it to the five members of DBSK and would thank the three JYJ members in the acknowledgements. Why?  Because they inspired me. They made me realize that you have to work hard to make your dreams a reality.  They taught me struggle is necessary in life to succeed.

And I will always be thankful for that.