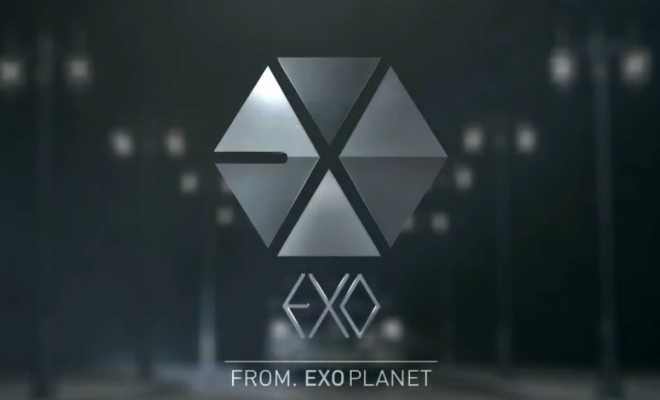 Instant Gratification: On The Debut & The Comeback

Fans of Kpop often look forward to seeing new groups debut and anticipate comebacks by their favorite artists. However, recent responses suggest that some fans may expect too much from debuts and comebacks.

The debut and the comeback are two staples of Kpop.  To be clear, all fans have their own opinions about both, and they are entitled to them. But there is a difference between giving a shout out about your favorites and pet peeves for the year and declaring something to be good or bad.  I’m interested in the reasons individuals give for the second as well as the repetition of certain kinds of opinions. I think both say something about how Kpop fans are beginning to think about comebacks and debuts.

One thing I noticed is that fans can have strong opinions on a group that has yet to debut. For example, SM Entertainment released the first teaser for their new boy group, EXO, on the 21st of December, 2011.

To date, it has received over one million views and 15,000 likes.  Yet, many commentators have already made up their minds about the group.  They were not shy about saying definitively that they liked or disliked the group based solely on the teaser. Some individuals assumed they would be incredibly successful, while others were already organizing the anti-fans.  In a 6Theory forum, Roshiie wrote that anti-fans had already named themselves Exorcists.

Others have strong opinions about debuts that they say failed in 2011. Gil at Seoulbeats listed Stellar, New F.O., Taken, N-Sonic and A-Peace as the worst debuts of the year.  For the girl groups, the main complaint centered on the lack of quality in the vocals both on the songs and in live performances.  Gil writes of Stellar that “the live performances were weak and the girls voices were far too nasally and three octaves too high. The vocal of the group isn’t even that strong and her voice is thin, the other three sound like pigs being slaughtered.” New F.O.’s song “would have been halfway decent if the girls weren’t forced to warp their voices in such a way.”

For the guy groups, the most frequent complaint was related to a failure to bring something new.  Gil criticizes Taken for its use of autotune:

The whole song was auto-tuned. No, I do not mind the use of auto-tune but you should treat it like candy. It should be eaten in moderation because if you eat too much you will get a stomach-ache or in this case a headache.  I can listen to a couple seconds of auto-tuned voices but when its over 3 minutes long?” N-Sonic fails because their video is “another dance video–at least it is not in a box–and reminded me of 2pm’s Without You, complete with the rain and industrial set.

A-Peace makes the list because they all look alike: “What bothers me is that it is so homogeneous.  It is so hard to distinguish anyone, they are all wearing the same outfit.”

In contrast, Gil’s picks for best debuts all share a tendency to be “different.”  For the girl groups, Gil emphasizes concept and performances.  Rania stands out because of its performances: “the sensual concept is a familiar concept in K-pop, most groups both male and female sell sensual. Rania takes that to another level, they are blatantly sensual in their dance, their outfits, and their song.” Piggy Dolls stand out because of their vocals: “The three members all of excellent voices that reminds me of Motown soul.”

For the guy groups, Gil focuses on their “unique” nature.  Gil writes of Phantom‘s “vocals and their rebellious manner.” “Something about this group that catches your attention” about AA, which has “a good, catchy song with great vocals.”

Although fewer in number than debuts, comebacks generate equal anticipation, as fans look forward to seeing groups and individuals with whom they are already familiar.  However, it’s not pretty when the comeback goes wrong, or at least that’s what Ningin reports in its End of The Year (EoTY) Editors’ Choice Awards.  Priscilla Wu list of the top five most disappointing comebacks includes Super Junior‘s Mr. Simple,  2NE1‘s Ugly,  and SNSD‘s The Boys. In all three cases, Wu says that the comebacks did not meet expectations. Of Mr. Simple, she says that “a majority leaned to the side of expecting something better.” As for 2NE1, “some fans found it too repetitive, while others voiced that they didn’t really like the concept 2NE1 tried claiming.” SNSD presented “a comeback that has claimed disappointment across the world. Even hardcore Sones are admitting that SNSD’s comeback wasn’t as great as they expected it to be.”

One might expect that disappointing comebacks by three veteran Kpop groups would translate into less than stellar profits or omissions from awards, but this is not the case. According to soompi.com, Super Junior won Singapore’s Choice [Popularity Award], Best Male Group and Album of the Year for Mr. Simple at the 2011 Mnet Asian Music Awards (MAMA). SNSD picked up Best Female Group and Artist of the Year at the same ceremony.   Not only did 2NE1 win Song of the Year for I Am the Best and Best Group Vocal Performance for Lonely at MAMA, they were also crowned Best New Band in the World by MTV Iggy.

These responses to debuts and comebacks may say more about the fans than they do about Kpop artists.  The response to EXO’s teaser and the debuts of 2011 both share one thing: a growing tendency to judge new groups.  We know next-to-nothing about EXO, yet some fans have made predictions on the future of the group, both positive and negative, based on one minute and forty-nine seconds of footage. Gil’s focus on the vocal quality and concepts of his best and worst debuts of 2011 has to say something about the training and preparation of the groups in addition to something about the groups themselves. We seem to forget that every group that ends up being successful had a debut, but not every group that ends up being successful had a successful debut. What happens when fans do not give rookie groups time to develop and grow?

There may also be a tendency to set the bar impossibly high for returning artists.  Wu repeatedly states that the comebacks failed to meet expectations. But what are those expectations? She never says, and Ningin does not have a retrospective on the successful comebacks of the year for comparison.  Have fans created impossible expectations for their established groups? Do we expect groups to come back with blockbuster concepts every time they come back? Do fans leave room for a group to establish a style for which they become known and be consistent in that way?

Are fans creating unrealistic expectations now that they have experienced popular and easily accessible Kpop?

Roshiie, Comment in Discussion: Why is Exo being compared 2 everyone, 6Theory Forum

Gil, The Best and Worst K-Pop Debuts of 2011: A Rookie’s Perspective, Seoulbeats

20
SHARES
FacebookTwitter
SubscribeGoogleWhatsappPinterestDiggRedditStumbleuponVkWeiboPocketTumblrMailMeneameOdnoklassniki
Related Items2NE1A-PeaceAABest and WorstcomebackdebutEXOExpectationsN SonicNew F.O.PhantomPiggy DollsRainaSNSDStellarSuper JuniorTAKEN
← Previous Story Your Host Tonight Will Be: …The Role of The MC in Korean Television Shows
Next Story → Can Korea Create Its Own AKB48?