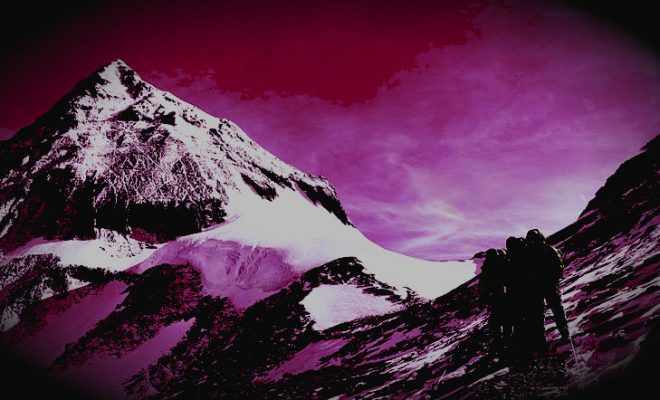 As K-pop enters into the maturity stage, there are more questions to ponder about its future.

Pop Quiz! Name three K-pop girl groups that: A.) Still have all their original members, B.) Are currently and actively promoting on a consistent basis, C.) Have been around for more than seven years, and D.) Have a thriving fanbase and international popularity.

How many instantly came to mind? One? Two? Three?

Now answer the reverse. Replace “girl groups” with “boy groups.” How many do you come up with? Eight? Ten? Twenty?

Ever wonder why that is?

In the great sea that is the K-pop universe, there is a disproportionate amount of popular “boy groups” compared to their female counterparts. While some argue that it is simply due to the sheer number of agencies in Korea; churning out hundreds of different acts every year; vying for their piece of the K-pop global market pie; many argue that the lack of popularity of girl groups is a systemic failure of the industry to put forth the effort to make them more viable. Others argue further, that girl groups simply do not appeal the fanbase en masse because of their antiquated style and aesthetics; remaining stagnant in “what works”; while the management for boy groups have made a concerted effort to stay relevant and ever-changing so that their artists can appeal to wider, and growing, audience.

But, is that really true? Or is there something more subversive going on?

When we discuss the social dynamics of K-pop, we must first understand the culture of South Korea, and what affects social norms have on the industry as a whole. South Korea is a patriarchal society – yes, it would be relevant to highlight that;  one of many countries where the man is seen as the head of the household. The eternal father figure who has seen all; knows all, and is the be all and end all of life. While women are seen as less than, subservient to their male counterparts, and; ultimately forced to heed to a man’s superiority in all things.

In such societies, women are often times pigeonholed into ingrained, well-defined, generational gender roles, where their intelligence, knowledge, trustworthiness, self-discipline, and abilities are all called into question and devalued; simply because they are seen as “inferior” to men; and are forced to accept their place in a male-dominated society without question. This domination of the woman spans the entire length and breadth of a woman’s existence, controlling and interfering with every aspect of her life. From what place she should have in society and the family dynamic, and her viability to maintain a life outside those set parameters, to what relationships she can have, what behaviors are acceptable or not, or even to her own economic worth, all are determined by what the male-dominated society decides.

Leaving prejudice, discrimination, sexism, and subversive misogyny to thrive unchecked. While, all the while, women have no choice but to accept and obey. 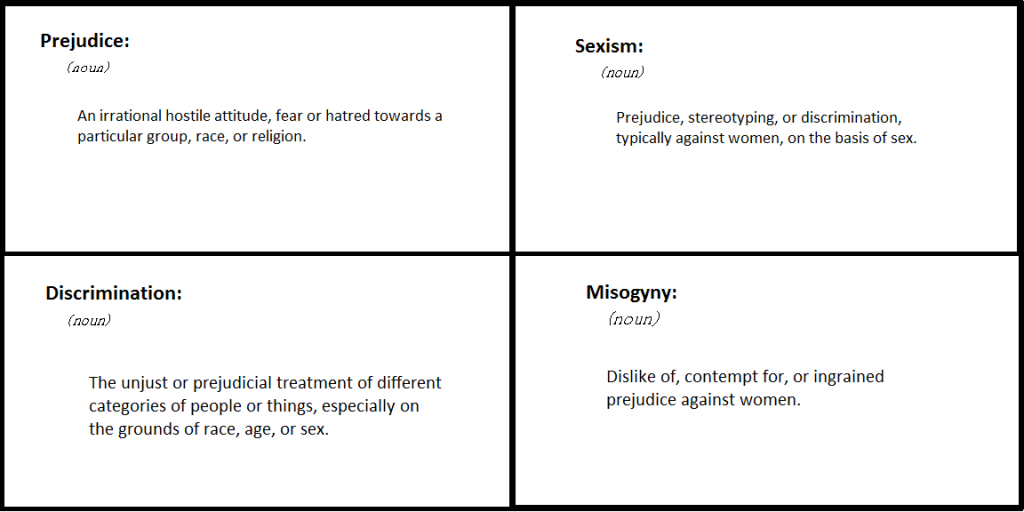 So this begs the question: Is the patriarchy subversively smothering girl groups and the looming girl power movement? Keeping them down simply because they want to keep the status quo? So that women don’t dare to fight against the machine and “stay in their place?”

The short answer is: It depends on your point of view.

While most of the fan culture would look at such a question with confusion; possibly never even thinking so deeply about girl groups in such a way; and instantly discard such a notion as an unjustifiable conspiracy theory, there are many proponents to such a theory who argue adamantly that the above is undeniably true. Claiming hundreds of examples that exemplify the truth of the matter and justifying their claims that such systemic and deliberate behavior exists. While those that deny such discrimination exists offer up several justifications of their own, including -but not limited to- the sheer number of girl groups that debut every year.

This particular argument, however, is a false-positive. Simply because quantity does not equal quality, and statistics show that boy groups, on average, have increasingly debuted at a higher rate than their female counterparts.

So, what caused the sudden shift? Why was it that boy groups suddenly began to dominate, not only the debut numbers but also the industry as a whole? Was it simply a boost based solely on the increasing global popularity of male groups; now lovingly dubbed the BTS Effect; and the subsequent influx of capital that the subset of acts generated? A calculated move, driven by money alone? Or was it a deliberate paradigm shift to capitalize on a growing international and domestic trend -leaving girl groups in the proverbial dust, deliberately?

The answers to such questions are complicated. Many in the industry would lead you to believe that the increase of male debuts was simply done out of necessity. To maintain K-pop’s international and monetary viability in the ever-changing world of the global music market and that taking such direction was the only choice they could possibly make to do so. A bid to capitalize on the flash-point popularity was BTS’s historic rise into the global mainstream.

However, many argue that such beliefs and justifications are simply an excuse. Or, more likely, a deliberately predetermined direction where the end justifies the means. Countering the narrative with the discourse that the industry deliberately chose to push male groups over female ones simply because it is “what’s working well” and where they can make the most profit. Allowing girl groups to fall to the wayside, under the guise of “giving the fans what they want.”

This argument subsequently stirs the belief that girl groups are deliberately being “kept in their place.” That it proves that the industry still subscribes to the ingrained beliefs of the patriarchy and that girl groups will never be more than they are now. That industry leaders will continue to see to it for the status quo to be remained the same. Valuing profit earning potential over diversity and talent. Whether we like it or not. Forcing girl groups to the back burner just like they once did with the once-popular and budding rock genre in Korea. 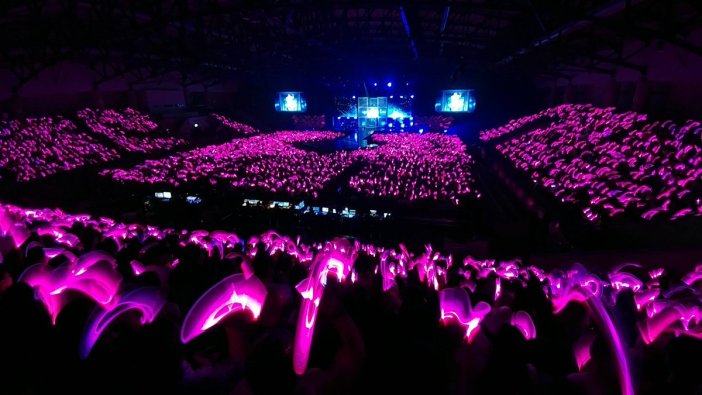 So, why are such beliefs practically begging to take hold? Why are people worried that, before too long, girl groups will no longer have a place in K-pop as a whole?

It all boils down to how girl groups have been, and are being, treated. How they are made and managed, created and cultured, and produced, and promoted in the current market. And more so, what happens to them when they are no longer the new faces on the block. When they have supposedly outlived their usefulness and relatability, or have gotten “too grown up” to fit the required aesthetics.

The fact of the matter is that a disproportionate amount of girl groups disband compared to their male counterparts. And, are rarely able to sustain a long-lasting career on a consistent basis in comparison. Female members are often replaced or forced to “graduate” from their groups due to life choices such as getting married or returning to school. The former perpetuating the stereotype that a woman cannot be both successful in the music industry and a loving, attentive wife and mother. Which is, emphatically, untrue. The latter practically punishing the woman for daring to further her education instead of kowtowing to societal norms and emulating the belief that women are; and will forever be; inferior.

While, all the while, male group members are allowed to practically do anything they wish on such fronts, and are still able to pull in the fans, the money, the popularity, the opportunities, and all the accolades in spite of it all. Just because they can. Or more so, because they have the natural-born talent to do so. Whereas women, apparently; and inherently; do not.

It is this belief system and the subversive misogyny that comes with it, that holds girl groups to such strict standards that they cannot step beyond the set parameters in fear of losing their chance at stardom. What money is spent on them, what promotions are allowed, what opportunities they may be given, how far they can go, what they can achieve, and -even more so- what possibility there is that they can make it in the industry for more than a decade, all depends on what the male-dominated industry decides.

Leaving them proverbially stuck doing what they are told -possibly, in perpetuity. Without any real hope that they can just be themselves and do what every male group member in the K-pop industry seemed to be able to do. Without fear of having their hopes snuffed out, in a moment’s notice, simply for gaining an extra pound or two. Or, worse it may seem, daring to fall in love and wanting to have it all.