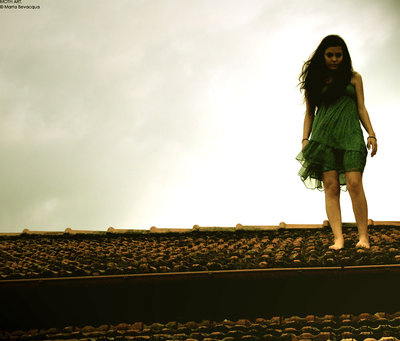 When we think of fandoms like the Cassiopeias, VIPs, ELFs, Blackjacks, and SHAWOLs, our first thought is how faithful and loyal they are to their groups. They love their idols with the depth and breadth of their souls and appear to always support them–no matter what. This is truly one of the many reasons why K-Pop has continued to appeal to me for the last 12 years. No matter where the world takes a group, its members, or its entertainment company, its fans will proudly stand upon the tallest building and proclaim, “I am a/an [insert fan base  name here]!”  Beautiful sentiment, is it not?

On the other hand, the old saying that fans are fickle is never more true than in K-Pop. Often, the slightest misstep by an artist, the wrong concept, a bad music video, or even the slightest whisper of a scandal, can destroy a music group’s career in a matter of days. Examples of this are numerous, but have become more blatant within the last few years.  One recent example is the current drunk driving scandal of 2pm‘s rapper Nichkhun. Some fans that used to boast, day-in and day-out, of being die-hard supporters of 2pm and Nichkhun have now publicly and vehemently turned their backs on both.

“Looks like we have another potential murderer on our hands… Time to kick him out of 2pm!”

“Another Kpop artist drinking and driving- down with Nichkhun and down with 2pm!”

Living in the public eye as these artists do, every seemingly insignificant part of their lives is fodder for gossip. They are continuously under the scrutiny of the fans, the media, and other music professionals, and without an ounce of reprieve. Fans are individuals.  Thus, their take on any subject pertaining to particular artists differs from one matter to the next. Whenever a controversial story breaks, many fans will make snap judgements about the situation and then roll with them. If enough fans publicly voice their outrage against an idol, even without any factual evidence, the sentiment will grow, and the subsequent backlash of the story will intensify.

Case in point: YG Entertainment’s R&B artist Tablo was at the center of a academic falsification scandal in 2010. The story became headline news as  speculations and accusations continued to intensify. Tablo ultimately produced authentic documentation proving that the academic record he claimed was absolutely true, clearing himself of all suspicion. However, netizens still tried, for months after the incident, to  prove that the artist was being deceitful.

Fans like these are a scandal writer’s bread and butter and truly suffer from the K-Pop variety of ADHD. According to The Mayo Clinic, Attention Deficit Hyperactivity Disorder (ADHD) is a developmental disorder that “ includes some combination of problems, such as difficulty sustaining attention, hyperactivity and impulsive behavior.” In layman’s terms, it is a disorder where the mind of the subject has trouble clearly focusing on a simple task, objective, or idea. People who suffer from ADHD are like the proverbial honey bee in a field of pretty flowers, jumping from one blossom to the next without form, purpose, or reasoning. So, might this terminology apply to K-Pop fans? (I can see the wheels turning in your heads already.)

Faithful fans follow a very simple, yet dedicated, credo that encompasses three simple ideals:  Love, Support, and Loyalty. While these three words on their own may seem somewhat insignificant to most, to a fan they are words they live by every day.

–LOVE: Fans love their favorite artists for their talent, their personality and even for their faults.  They love their idols simply because they are who they are, not because of what they do for a living. Thanks to their jobs which put them in the spotlight, however, fans are often able to get to know their idols on a seemingly personal level, as well as on a professional one.

–LOYALTY: Real fans are loyal–sometimes to a fault. Many would even go to the extreme of jumping off a bridge if only their bias would ask them to do it. Sounds scary doesn’t it? Even with such an extreme analogy, it’s clear that K-Pop artists create a magical bond between themselves and their fans. This bond, in many ways, is one of the most precious occurrences in the K-Pop world.

While most of the fans that fall into this belief system and are simply true and loyal fans, some fans in K-Pop are not a part of this majority.  Just a few years ago, the majority of K-Pop fans stayed loyal to a group even when they did something blatantly wrong.  This is no longer the case.

As we delve further into the fair-weather fans I mentioned in my previous post, DBSK: Our Beautiful Disaster, we find that most K-Pop ADHD sufferers fall in this category. These types of fans are extremely supportive and loyal–until something goes wrong.  When that happens, they are usually the first ones to speak out or turn their back on a group/member.

These fair-weather fans are arguably the most frustrating group within K-Pop fan-bases. They are not die-hard fans, nor are they antis. Their constant flip-flopping between being a real fan and not being a real fan is enough to give the rest of us fans whiplash. They base their opinions of an artist solely on their own social and moral beliefs, forgetting about the work of the artists themselves. Often, they fan the flames of a controversy simply by remaining outraged and refusing to accept an apology or explanation of the events in question, regardless of the facts. This personal conflict within a K-Pop fan’s mind is not lost on me.

Whether you like a group on a personal level or not is totally subjective and is influenced by your personal beliefs. For example, let’s say a married female artist is seen in a club doing something inappropriate with a man that is not her husband.  Due to your moral beliefs, you feel that what she did was wrong.  You may think less of her simply because she violated a personal belief that you hold dear.  The real fan might say, “Oh my goodness.  She should know better!”  Still, they would continue to enjoy and support the artist.  A fair-weather fan, on the other hand, would likely choose to no longer listen to the artist’s music or support her in any way.  Period.

The about faces of fair-weather fans have become much more prominent in the last three years. We saw the first major incident in May 2011, after the widespread reporting of a scandal involving Kang Daesung of Big Bang, who was involved in car accident with a motorcyclist, named Hyun, that died at the scene.

As the story first began to unfold, details of the accident were scarce, leaving die-hard fans speculating about not only the health and well-being of all of the people involved, but also about the future of Big Bang. Fair-weather fans, on the other hand, quickly became frenzied.  Instantly, they condemned Daesung for his actions, and began to boycott anything involving Big Bang or their entertainment company.  They even went so far as to label the artist a murderer.

As more details surfaced, police determined that Hyun’s death could not be resolutely attributed to Daesung’s involvement in the accident, as the motorcyclist had already been severely injured in an accident moments before Daesung struck him with his vehicle. Even so, to this day, many fair-weather fans still refuse to support Daesung or Big Bang.

This incident set the stage for what has now become an epidemic in the K-pop fan community. Since then, fans have put all artists and their representing companies under an electron microscope.  They inspect every molecule of their lives, from birth to the present day, and scrutinize every word they utter and every gesture they make. Absolutely no K-pop artist is immune to this scrutiny.

When Nichkhun of 2pm had the accident with a motorcyclist and failed his blood alcohol test with a 0.056 (which is 0.006 over the legal limit), fair-weather fans went wild.  Before they even knew all of the facts of the case, some of them instantly condemned him. Some even went to the extreme of starting and signing petitions, asking for Nichkhun’s removal from 2pm. These fans not only condemned him for drinking and driving, but also interjected unsubstantiated rumors that he was a habitual drinker and that his representation – JYP Entertainment– had forced him to drive home from a company dinner knowing that he was under the influence.

This violation, as opposed to the previous example of Daesung, was not simply a moral issue.  It was also a criminal issue, because Nichkhun didn’t just have an accident.  He also broke the law. Violating your country’s laws is just as bad, if not worse, as committing social suicide by behavior. Certainly, from a legal standpoint, what Nichkhun did was absolutely wrong.  From my moral perspective, it was even more wrong, as I personally have a family member who was paralyzed in an accident caused by a drunk driver. Still, even though Nichkhun violated the law, and even though what he did goes against my own personal morals, I am still his fan.

Upon reading this, I’m sure the fair-weather fans are thinking, What in the world?  Why on earth are you still his fan?  To which I answer:  because we’re all human. We all make mistakes. Every single one of us have done things we shouldn’t have done–even when our conscious was screaming at us to stop. So, to condemn Nichkhun or any other artist/person for making a mistake would be beyond hypocritical of me. I cannot, in good conscious, stop being a fan of 2pm’s music simply because Nichkhun messed up.

Often, when situations like this occur, I cannot help but wish for a simpler time in music history–when there was no Internet and people weren’t so quick to belittle an artist based on rumor or on the grounds of a simple mistake or a poor lifestyle choice. We have become so engrossed in everyone else’s personal business that rumor mills and scandal reporting are big business now. However, when I remember that without the Internet I might not have become a fan of K-Pop and J-Rock at all, I have to retract my thinking. Instead, I’d like to suggest a remedy to all this madness.  Why don’t we all maneuver around all the bad press and stick to what brought us to these genres in the first place:  the music.

Music’s intrinsic appeal is in its ability to invoke an emotional response in its listeners.  The greater the emotional response, the greater the artist becomes.  Effectively and continually generating strong positive reactions on an emotional level with fans directly affects the longevity of an artist’s popularity.  Through their music, artists reinforce their emotional bond with their fans which can, in turn, help fans create an even stronger bond among themselves. This chain reaction further strengthens the loyalty of a fan base and can sustain fans through even the toughest of times.

If you decide to remove an artist from your K-pop radar due to an indiscretion, then you are not only depriving yourself of an immense amount of  entertainment and destroying that bond you have with your fellow fans, but you also may be condemning yourself to a life without experiencing a truly prophetic song. Sounds quite idealistic, does it not? But it’s not.  After all, just think where the world would be if we didn’t have songs like Beethoven’s Moonlight Sonata, Mozart’s Requiem, or Amazing Grace.

Think about it.  K-pop’s potential for the world’s next greatest song could be a pen stroke away–from a pen Nichkhun’s or Daesung’s hand.  Wouldn’t it be awful if you missed it?