Kpop Magnetism: What pulls in the fans and why? The Choreography.

Next in our Kpop Magnetism series, we’ll hip-thrust, spin, and freestyle our way through the all-out happiness Kpop brings to fans through its world-renowned choreography. While musical arrangement, lyrics, and vocals are the perceived bread and butter to any great track, one simply cannot overlook the leaps and bounds choreography in the Kpop industry has made over the years. Where once artists were prided on their musical talent alone, dance choreography has become a major mover and shaker when it comes to drawing in Kpop fans from around the world.

When Kpop was in its infancy, many routines were heavily based on traditional dances, or didn’t include any choreography at all. However, as the influence of western music and dance began to flood Korea in the early to mid 1990’s, the choreography of Kpop gradually began to morph into a monster all its own. Taking influences from classic dance genres, such as ballet and tap, and integrating them with more modern styles, such as modern/freestyle dance and break dancing, Kpop’s love affair with dance began to grow. Through it all, three styles of dance–B-Boying, Freestyle, and Hip-Hop–have become the prince, queen, and king (respectively) of the Kpop choreography world, and have become integral in grabbing the attention of the Kpop fan and pulling them into the genre.

As break dancing (now termed B-Boying in the Kpop world) began to evolve on the streets of the South Bronx in New York City in the late 1970’s and early 1980’s, it became a staple in the U.S. choreography industry, highly influencing even more modern modes of dance, such as hip-hop.  While the popularity of B-Boying has died down somewhat in the US, the dance style has continued to garner a worldwide fandom for decades. When B-Boying crossed the pond, so-to-speak, Korean youths became infatuated with it, spurring the country’s own B-Boying movement that has never truly faded.

When you poll Kpop fans and ask them who the best B-Boyer in the Kpop universe is, nine times out of ten you get SidiusHQ‘s R&B superstar Jay Park and his Art of Movement (AOM) crew based out of Seattle. Known for his killer style, both on and off the dance floor, Jay Park has become the quintessential icon when it come to modern day B-Boying in Kpop. With perfectly synchronized and highly acrobatic moves, Jay Park  has moved B-Boying in the Kpop world to center stage and inadvertently has sparked a new-found, worldwide interest in this unique dance style.

While B-Boying has become a staple in Kpop’s dance arsenal, it’s modern dance, or freestyling, that has become the queen of Kpop choreography. Freestyle, by definition, includes a myriad of different dance elements and styles artfully mixed together to form something completely different. This is where the majority of Kpop choreography routines live.

Freestyle dance is a perfect fit for Kpop’s super large groups like Super Junior (video above), as choreographers are able to play upon the many individual members’ dance strengths to incorporate a variety of styles into their dance numbers.  This also leaves the door wide open for some highly intricate dance choreography that truly leaves fans in awe. From eclectic and subtle movements to highly complicated ones utilizing up to as many as ten group members at once, its no wonder why Kpop’s dancing has become that wow factor that fans absolutely adore and love to emulate with every new release.

The hip-hop dance style first came on the scene in the late 1960’s, with the legendary James Brown credited as the one who started it all.  This style slowly began to develop congruently with the growing hip-hop music genre. While hip-hop music was quite influential in the progression of its dance equivalent, the hip hop dance movement didn’t achieve worldwide notoriety until the 1990’s when dance battles became extremely popular.  Iconic dance moves, such at the running man (and its derivatives) are still actively used in Kpop routines to this day, and artists like Girls Generation (and many others) utilize hip-hop based routines more frequently than any other form of dance out there.

In every sense of the word, the hip-hop dance style is king in Kpop’s choreography repertoire. With every new set of choreography that’s released, we can see the obvious influences of Hip-Hop with every move they make. With powerful movements, reiterating a tough and aggressive personality, hip-hop dance in Kpop always receives high praise from the fans and places Kpop artists in the realm of pop culture’s dance elite. Because, lets face it, you have to have some serious talent to pull off some of these routines. While some routines are more based in hip-hop than others, with every routine out there, elements of this dance style or its influence can be readily seen, making it the most utilized dance style in Kpop.

Kpop’s choreography has become so influential and important that when a new routine comes out from a popular artist, said routine –or parts of it–usually gets dubbed with its very own name and is often times reused in future routines. Dance moves such as Super Junior’s Sorry Sorry hand rub, Brown Eyed Girls’ Abracadabra hip sway, DBSK‘s Mirotic chin pose, Girls Generation’s Gee crab leg, Wonder Girls‘ So Hot bracelet dance, Sistar19‘s My Boy body roll (video above), and even PSY‘s iconic horse riding dance from Gangnam style, have all solidified their place as some of the greatest dance moves in Kpop history, spurring not only a myriad of dance covers worldwide, but also prompting Korean groups to release dance practice videos in record numbers.

Kpop dance enthusiasts around the world are always on the hunt for the next great choreography, and their passion has turned into a booming movement (and business) worldwide. The interest and popularity of Kpop’s choreography has spawned hundreds of popular dance cover crews from around the world, which cover everything from the simplest of routines to the most advanced–and everything in between. Vietnam’s Kpop dance crew, St319, for example, has covered routines like TVXQ‘s Catch Me, SHINee‘s Sherlock, Kara‘s Step, 2NE1‘s Clap Your Hands, and EXO‘s Mama, and has not only become extremely popular with Kpop fans worldwide, but also has exemplified the true cult-like following that Kpop’s choreography has generated over the years.

Even though the era of flashmobs has died down globally in the last year, iconic dance routines, such as the one for SHINee’s Lucifer (video above), are still a staple at huge fan events, and can be seen being mimicked at concerts and festivals all over the world. Fans don’t hesitate to pop off their favorite artists’ well-known choreography at the drop of hat, and do so simply because they enjoy it and want to show their support and love for their favorite artists. Further proof of the fans’ love for Kpop choreography can be found easily on YouTube, as thousands of fancams have caught these “show the love” moments at concerts and events around the globe.

While dance covers have become a huge part of Kpop’s virility in the world, that influence hasn’t just been limited to the Internet, concerts, and fan events. This love for the art has also sparked classes in local gyms and dance studios worldwide. These businesses offer Kpop-themed classes, where they teach their clients highly popular Kpop routines step by step or, in the case of gyms, offer aerobics classes perfectly timed to Kpop, while utilizing iconic moves from across the genre. Even in small towns, far from the hustle and bustle of diverse urban areas, these classes are beginning to spring up and have become a testament to the true power of Kpop and its choreography. 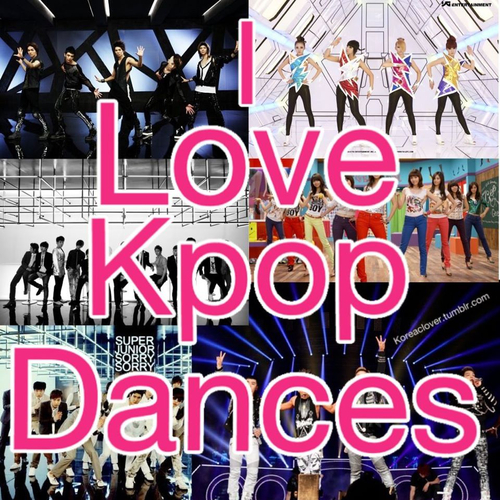 So what is it about Kpop choreography that really pulls in the fans? Answer:  Everything. There is something for everyone when it comes to dance in Kpop. Whether you enjoy dancing with a more R&B-style groove, highly choreographed freestyle dancing that makes you want to get up and dance, or powerful hip-hop inspired routines that just make you feel invincible, Kpop has it all.

Just as fans of Kdramas are unable to nail down their favorite OST track, Kpop fans have an even more difficult time trying to pick their favorite Kpop dancers! Who do you think are the BEST Kpop dancers in the business? Tell us in the comment section below.