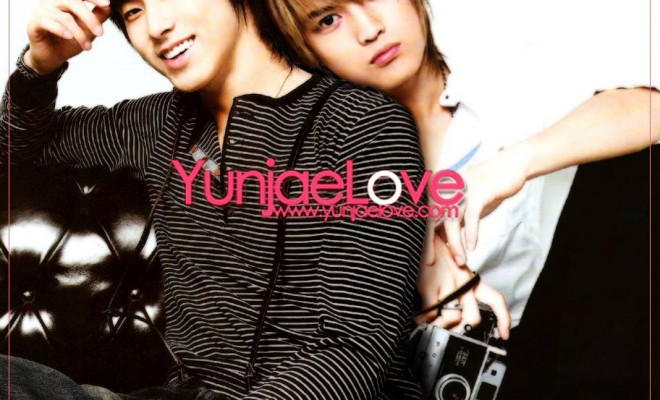 It is said that there is no business like show business. True to its name, it is not an uncommon practice in the film industry to ‘leak’ a few pictures of the leading pair of an upcoming movie, showing them enjoying a quiet lunch or a walk together. This creates the much needed buzz and garners the attention of the media, thus promoting the movie.  In a world where ‘link-ups’ are the fastest eye-catchers, K-pop has it’s very own version of OTPs (One True Pairings).

An OTP is a pair of people that are seen as perfect “partners” for each other, regardless of their gender. This branches off into boy-boy pairings like “YunJae”, “EunHae” or “JongKey”, girl-girl pairings like “TaeNy”, and boy-girl pairings like “KhunToria” or “TaeTeuk.” To elaborate, some of the most well known OTPs are YunJae (Yunho and Jaejoong) and EunHae (Eunhyuk and Donghae). The display of affection towards each other could not have been more conspicuous than the “YunJae moment” at the 2008 MKMF Awards, when DBSK won the best album award for Mirotic:

Or the explanation offered by Sungmin as to why he believes in EunHae:

But here’s the catch. Instead of the quintessential ‘denial’ during interviews, K-pop artists not only welcome these pairings, but also add fuel to the fire by promoting them during live shows or in dramas. Nothing beats the YunJae scenes in the mini-drama Dangerous Love, where Jaejoong and Yunho acted out a fan-fiction story:

Or the EunHae ‘marriage’ during the Super Show 3 in Taiwan:

But let us take a step back and look at the big picture for a second. Why is K-pop dominated by boy-boy or girl-girl pairings and why is it so rare to find a KhunToria or a HaeSica? This could be due to two reasons. One, starting from their early teens and post-debut years, K-pop idols live in close-knit groups. Their lives revolve around trips from their dorms to the studio and back. This kind of schedule hardly leaves time to make friends outside of their colleagues and band-mates. It is, therefore, quite natural that they rely on each other for companionship and support and this comes across on screen as well. Leeteuk and Eunhyuk ventured a similar explanation for the origin of EunHae and KangTeuk during an interview.

The other reason could be the fact that K-pop idols survive and gain popularity in large part due to their ‘single’ status. This is evident from the blatant promotion of TaeNy (Taeyeon and Tiffany) right after the TaeTeuk rumors surfaced: 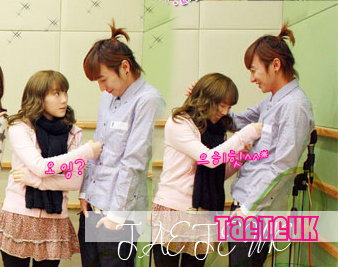 And the the shocking approval of Jonghyun and Shin Se-kyung‘s relationship by the normally strict S.M. Entertainment, which sent all the JongKey shippers into a tizzy. 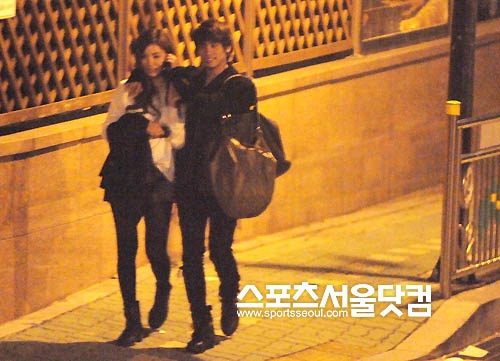 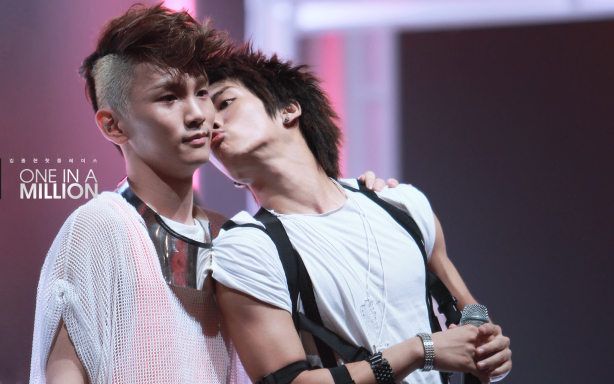 Then again, OTPs are not necessarily restricted to individuals who share common interests or are the best of friends. It is also, very often, a ‘hyung-dongsaeng‘ relationship, much like “G-Ri” or “2Min”. One can hardly ignore how G-Dragon treats Seungri like his younger brother and how Seungri, in turn, likes being bossed around by the Big Bang leader.

Or, for that matter, how Minho has an older-brother-like and almost protective aura around SHINee‘s maknae Taemin.

And all this is now making way for the next generation in OTPs: the likes of “MinFood” and “Onew-Chicken”. 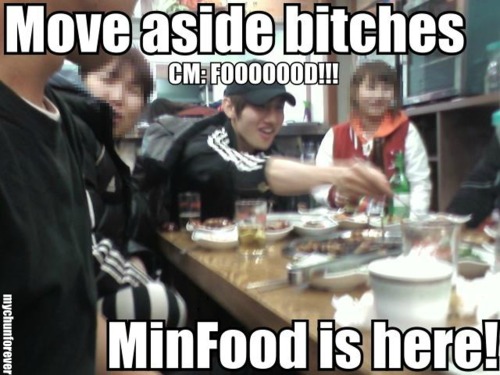 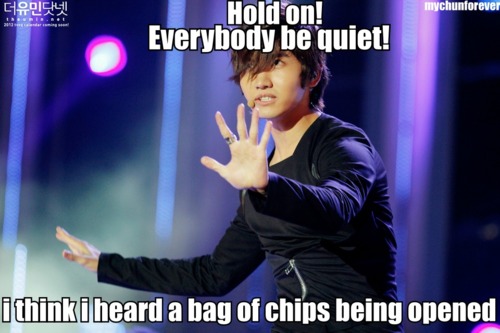 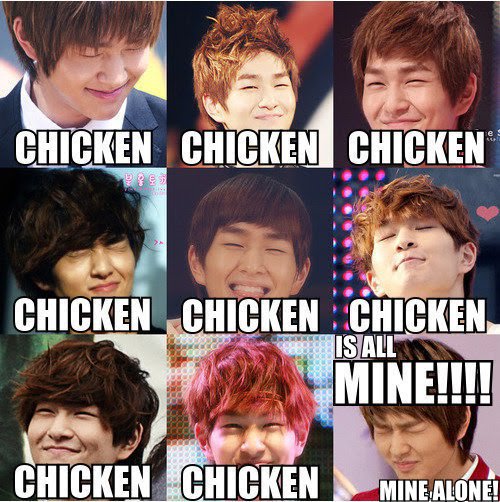 Irrespective of the reasons for its origin, the OTP trend is here to stay. It is only a matter of personal attitude that determines how far one allows it to progress.

So, which OTP do you ship?