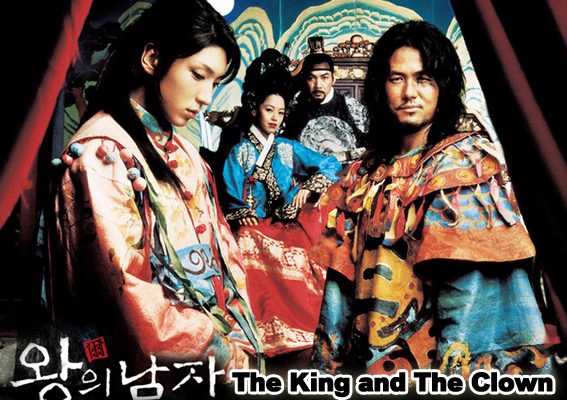 By Xiaolong | May 4, 2016
70
SHARES
FacebookTwitter
SubscribeGoogleWhatsappPinterestDiggRedditStumbleuponVkWeiboPocketTumblrMailMeneameOdnoklassniki

Sageuk (in Korean: 사극) denotes Korean historical dramas on film and television (and other historical dramas, like novels, plays, musicals etc.). Sageuks enjoy a wide-scale popularity now, but its history is a bumpy road of adventure, sometimes spiced up with some interesting side-turns. Let’s see where sageuks come from and what they have become over the past decades!

The beginnings of Korean cinema can be traced back to the early 1900s, when the first motion picture was screened in the country around 1903. In 1919, the first Korean kinodrama (a theatrical play with motion picture segments included) was made, and in 1923, the first Korean silent film was produced. It was on the same year Koreans could watch the first sageuk movie, The Story of Chun-hyang, directed by a Japanese director, Koshu Hayakawa. In 1935, Lee Myeong-woo‘s Chunhyangcheon, another historical drama, was the first Korean talkie (sound film). 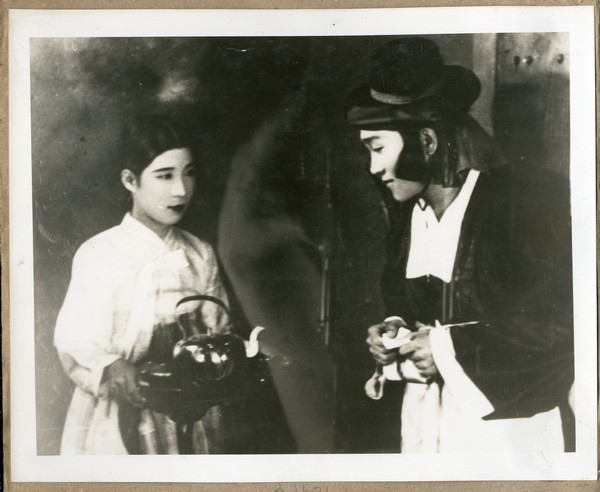 In the 1940s, the number of Korean movies declined drastically, as the Japanese colonists tightened censorship, thus basically only war propaganda films could be made. During the 1950s, the popularity of grand-scale Korean operas, or changgeuk, enabled filmmakers to successfully adapt several such plays to films. These pieces focused on human emotions and conflicts, thus accuracy of the historical background was not really important. The era of the Three Kingdoms (BC 37 – AD 935) was most popular at the time, because it was mysterious and less concrete facts were known about it, thus historical accuracy could be dismissed easily. One such notable movie from this period is called Wangja Hodonggwa Nangnang Gongju, or Prince Hodong and Princess Nangnang, based on Korea’s very own Romeo and Juliet story. 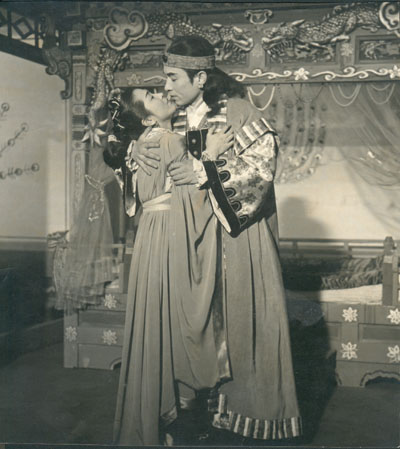 The 1960s were the era of melodramas, though there were some notable exceptions, like Jeong Chang-hwa‘s martial arts masterpieces, inspired by the Shaw Brothers of Hong Kong. This was the time when sageuk makers turned to Joseon, depicting the relationship between rulers and court officials. This approach dominated historical cinema for the next decades. Films taking up decadent or new themes were becoming popular, like Jang Hui-bin (1961), Naesi (1968), Women of Yi Dynasty (1969). In the 1960s, television finally arrived to Korea, and the first historical TV series was aired by KBS (the then only channel). It was titled Gukto Malli, and the story was set in the Goguryeo era (BC 37 – AD 668). 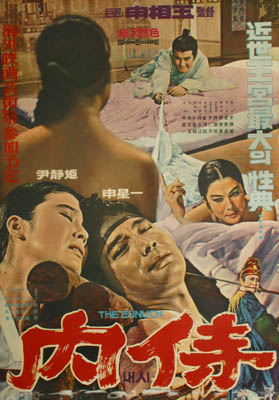 The 1970s saw the revolution of television, with more and more TV sets sold in Korea. The ruling regime’s policy could be felt in entertainment, too: dramatic characters were replaced by national heroes, like Yi Sun-sin or King Sejong. Cinema took a turn for the worse, only two historical dramas became popular on the big screen: Lee Gyu-ung‘s Seogung Yi Sun-sin (1971) and Lee Seong-gu‘s own take on the Chunhyang story.

1980s: the rule of television; erotica in cinemas

In the 1980s, color TVs were all the rage, the rapidly expanding market allowed for the absolute rule of television. Probably the most notable sageuk classic of the decade is The 500 Years of the Joseon Dynasty (Joseonwangjo 500nyeon), which ran for 8 years with 11 stand-alone series, with some 800 episodes altogether. It is interesting to note that the series used the actual Joseon dynasty diaries (liberally,  as some sources claim), often utilising debated or controversial topics and events. The series was made by the legendary producer, Lee Byeong-hun, who later produced Jewel in the Palace, as well.

Declining cinemas desperately tried to lure people back, and they turned toward the more risqué genre of erotica. Most of these movies used historical backgrounds. Some of the more popular films were Eo Udong (1985) and Does the Cuckoo Cry at Night (1985). Eo Udong can be watched at the official channel of the Korean Film Archive.

At the beginning of the 1990s, sageuks were almost completely missing from cinemas. People were more interested in modern themes, and not only in cinemas, but on television, too. This was partially caused by these dramas being extremely old-fashioned and outdated; people started to get fed up with historical pieces. The storylines were complicated, the language archaic, the actors too old – young people found them utterly boring. In 1995 one historical movie, though, drew positive criticism. The Eternal Empire was unique, because it depicted the over-utilised theme of Crown Prince Sado in a different light. Other films focused on the sufferings of the prince, but this one concentrated on the political consequences of his cruel death. Although it didn’t hit the box office, the movie took home several prestigious awards. 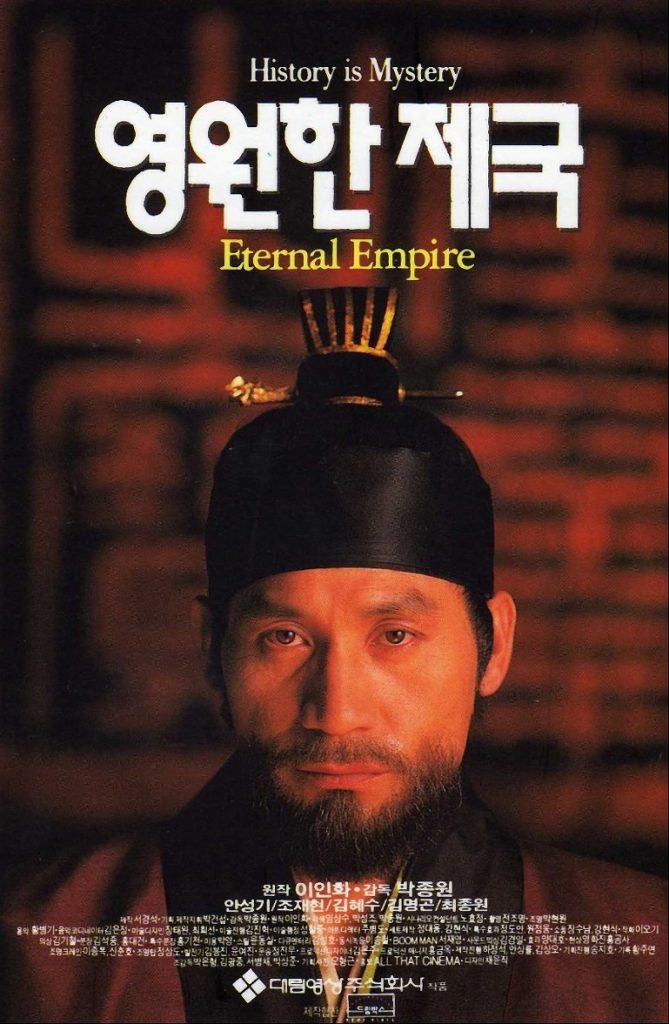 2000s: fusion sageuk and the rebirth of the genre

The change, like a refreshing breeze, came from producer Lee Byeong-hun, who contracted a young and successful scriptwriter, Choi Wang-gyu, for his series titled Heo Jun. The drama concentrated on people, emotions surrounding the legendary Joseon doctor, rather than depicting dry historical facts and boring wars. The genre of “fusion sageuk” was born, which changed historical K-dramas forever. Lee later made the insanely popular Jewel in the Palace, which was sold to 91 countries. This is a record not even the recent mega-hit Descendants of the Sun was able to break so far. In 2007, Jumong also became successful both domestically with 51% viewership, and internationally, grossing seven million dollars in sales. Several very popular sageuk dramas followed, including Hwang Jini, Dong Yi, Hong Gil-dong, Chuno, Moon Embracing the Sun, Empress Ki and Six Flying Dragons. 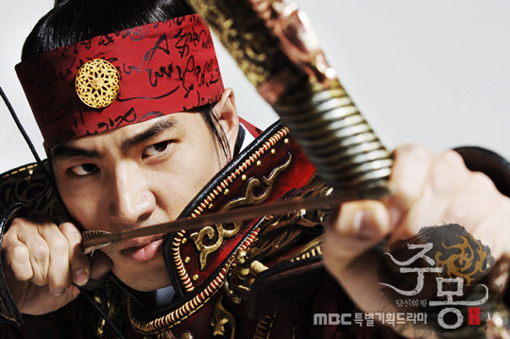 At the beginning of the decade, successful Chinese costume films like Crouching Tiger, Hidden Dragon or Hero,  urged South Korea to invest more energy into historical films again. In 2003, Untold Scandal was released starring TV phenomenon Bae Yong-jun. The real turning point came with the King and the Clown, starring the then virtually unknown Lee Jun-gi, surprising its makers, when 12 million people bought tickets to see it.

Historical movies have since been very popular in Korea. Between 2012 and 2015, out of 8 movies surpassing the 10 million viewer limit, five were historical. The Admiral: Roaring Currents rewrote Korean cinematic history with 17.61 million tickets sold. The most popular sageuk movies are also fusion sageuks: they successfully mix historical facts with imaginary events or charaters. Such movies include The Face Reader and Masquerade. Besides so called “palace dramas”, other successful sageuks add in the elements of grand visuals and actions, like the War of Arrows, The Grand Heist, or the Pirates. Film serials also appeared, like the Detective K-stories, which place crime investigation into Joseon era settings. Erotic historical movies re-appeared, too, like the Forbidden Quest, The Servant or the Empire of Lust.