What can actually be a double-edged sword in K-pop concept? 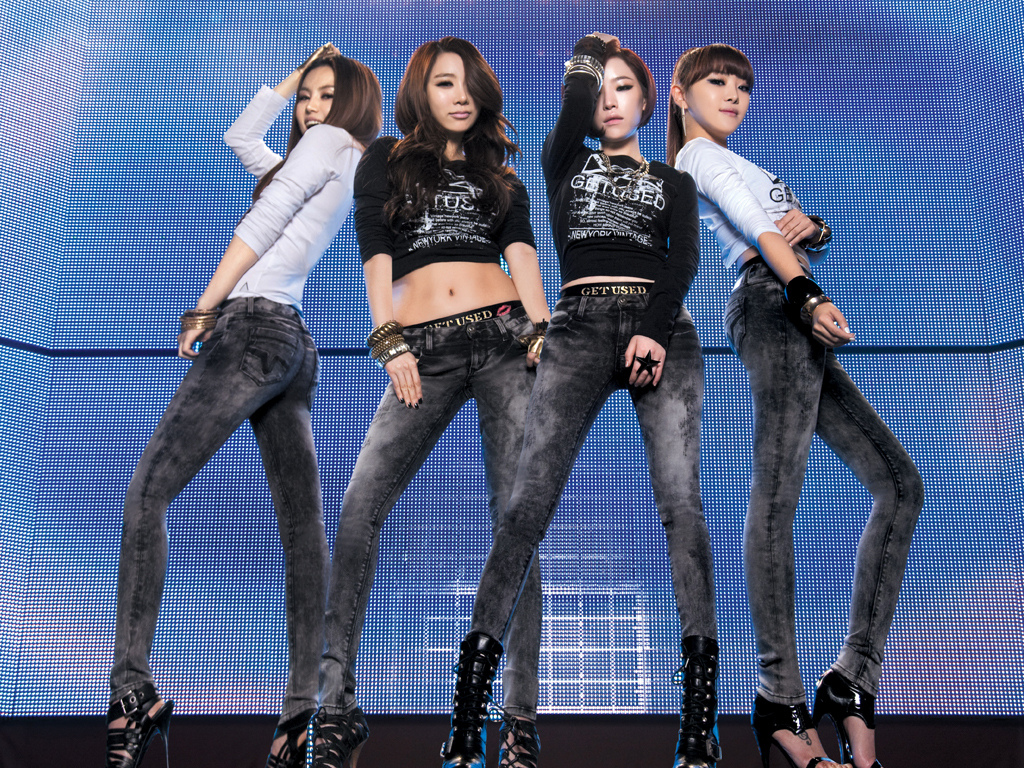 Kpop is a competitive market, where artists compete for the public’s attention and continued popularity. In this market, good music does not guarantee that the artist or group will succeed. In order stand out from the rest, artists/groups resort to a number of techniques and acting sexy is just one technique.

Being alluring is usually not considered a talent. All you need to do is show some skin and  move in a seductive way to be considered charming. I have to disagree with this.  It can be considered as a talent, just like being cute or tough. It needs to look natural or else it will look too forced. Almost anyone can think of a time where they watched someone act cute and was annoyed by it just because it looked faked and unnatural. The same can be said for acting badass or tough; the audience needs to believe it.

Even though I am a big fan of all things cute, for the longest time I hated Yoseob from BEAST. I cringed every time he did aegyo, just because I thought it was too fake and cute for my taste. I was able to overcome my initial repulsion towards Yoseob, though, because the boy still has a great voice. Still… I find his aegyo a bit creepy and disturbing. 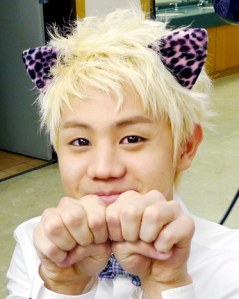 With that being said, there are some people whose aegyo I think is plain adorable, just because they do it well. The same thing can be said about alluring.  When it’s done properly, it can bring more attention to the artist. But the attention an idol gets from acting alluring may be the wrong kind or can have unintended effects.

The first problem that comes with acting alluring is that people tend to focus on the artist for that rather than their music, which takes second place. A great example of this is Bi Rain.  When he is usually brought up in conversations, the first thing discussed is his manly charms. It is most known for his MV Love Song, most notably the part where he rips off his shirt and does some body rolls. Ladies, I know you know what I’m talking about.

It seems a bit of a shame that more people don’t focus on his vocals because he has a wonderful tone. His voice is smooth yet husky, which makes it perfect for R&B. It’s also the same voice that makes him sound so manly in the first place. Even if Bi Rain is in a MV where he acts cute and has some fun interacting with people while walking down a street, you can’t deny his voice sounds very manly. Therefore, his biggest talent may lie in being naturally manly.

For the girls, I would pick Lee Hyori as an idol whose certain image seems to overshadow her talents. Best known for her songs U Go Girl and Chitty Chitty Bang Bang, Lee Hyori has  come to be known as an idol who is naturally alluring. When I first watched her music videos and heard her songs, I thought she was okay.

Then I came upon her MV for Swing, which featured Leessang, and I was completely blown away. My respect for her increased tenfold. Her emotional delivery of the song sent shivers through me. I never knew she was capable of it, so if you have never heard the song before, then I urge you to listen to it.

Both of the artists I mentioned above are solo singers. There are even more complications when groups decide to adopt the alluring image. This is because not everyone will be well suited to that image, and most of the attention will be focused on members who pull it off well. Therefore, most companies pick someone in the group to sell that image to viewers.

Members who are given the alluring image usually gather a lot of attention, but they also end up having a hard time. That’s because along with the alluring image, there are other negative labels attached to it. The member who is given the image can end up being viewed as untalented, promiscuous and an attention seeker. Granted, the label is unfairly used on females more often than males, but that does not mean that males are completely immune to the effects.

Take 2Pm for example, who debuted with a beastly image. 2Pm differentiated themselves from other idol groups by cranking up their image.  As a group, 2Pm sports the best bodies and six packs in K-pop. Due to this, they have become very popular with advertisers and are routinely offered advisement deals.

While their image has served them quite well when they first started out, public opinion is slowly starting to change. 2Pm has the highest amount of anti-fans compared to other groups. On January 2012, it was recorded that 2Pm had a total of 15,425 anti-fan cafes.

While most would attribute this to the Jay Park incident, I believe it’s their very masculine image that is also contributing to the negative stereotypes that are placed on them. The reasons people offer to explain why they don’t like 2PM range from the frequency with which they rip their shirts, to perceptions that they are untalented jerks, to a perception that they are not hardworking to opinions about whether they deserve the amount of attention they receive.  2Pm is also seen as more promiscuous compared to other idol boy groups.

Image is everything in Kpop. How you present yourself to the public and how you promote yourself affects how people perceive you. Take for example 2PM’s brother group, 2AM. The images of the members and how the public views them are vastly different, even though 2AM’s bodies are just as muscular. So why the difference? Well, it’s a bit hard to hate 2Am when they sing ballads and emotional songs that get girls to cry and reach for their tissues. The image is also usually softer compared to 2PM. 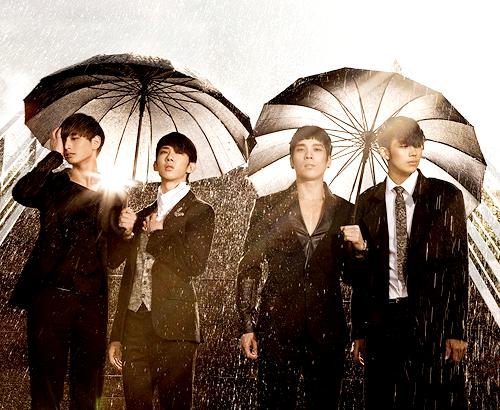 The same problems 2PM experiences from being too alluring can affect members. Take for example Lee Joon from MBLAQ, Kai from EXO and Hyuna from 4Minute. Lee Joon somewhat escapes some of the negative stereotyping because of his…..simple image.  Therefore, everyone laughs it off when Lee Joon decides to show off his pole dancing skills or his body. Still, there has been some negative impact on his image.

While Joon has become popular by being the face of the group, I secretly call him the body of the group. Sometimes it becomes a little ridiculous and it is hard to take him seriously. While I watched Maknae Rebellion, I could not help noticing that everyone was wearing winter jackets except for Lee Joon. Apparently, his hotness is sufficient enough to keep him feeling toasty, even in the winter time. 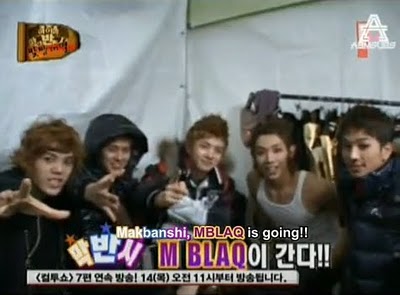 Antics like this can take the attention away from the group and focus it on one member. This can bring a lot of criticism from the public, and the person could be labelled as an attention whore. For those who are not familiar with that term, it basically means a person who steals all the spotlight for themselves. The same term that Hyuna and Kai have been suffering from because of their sexy image. It also does not help that their companies promote them more than the rest of their members.

In fact, the promotion of these members are so obvious that 4Minute has been labelled as ‘Hyuna and her backup dancers.’ EXO has also been referred to as ‘Kai and his back up dancers.’ What makes matters worse is that Hyuna and Kai do not exactly excel when it comes to vocals. Yes, Kai is a great dancer, but singing is his main job. Therefore, some people may not think that Kai and Hyuna deserve the attention they receive from the public.

When G.NA came out with her MV for So Hot, quite a few people were angry at her company, Cube Entertainment, for giving her a revealing concept. G.NA has good vocals but it’s a bit hard to show it off with a dance track. Therefore, some fans thought she sacrificed her singing skills to sell the image. SISTAR is in the same boat as G.NA. SISTAR is criticized by some people for pandering a bit too much to their male fans, and some suggest they should tone done their choreography.

Given how many different ways and how easily a good concept can go wrong, you would think that companies would stay away from it.

Breaking into the music industry is hard enough. Trying to stay relevant and keep up one’s popularity is almost downright impossible, except for a few legendary artists. New and younger artists are always entering the industry.