BIGBANG has finally come back after a 3-year hiatus and they applied a marketing strategy yet unexplored in K-pop. YG Entertainment decided to break the comeback down to a series of mini-comebacks preceding the full album release in September, with two songs released as singles on the 1st of every month from May to August. This basically means that instead of one or two title songs from a 10-12 song studio album, they will have released 8 title songs by the time the album comes out. This strategy is an entirely new concept, which may or may not work commercially. After the second release cycle, let’s start to examine the balance sheet of this strategy and try to guess the outcome for September. After the full album release, we will come back to evaluate whether this projection was correct or wrong.

If we look at the top chart positions of the four released songs so far, we can conclude that the strategy looks to be a banger. Both Loser (released May 1) and Bang Bang Bang (released June 1)  achieved an all-kill on all domestic charts, led iTunes download charts in several countries and climbed to the top of the Billboard World Digital Songs Chart. The secondary releases, Bae Bae and We Like 2 Party both followed closely in 2nd place. More importantly, according to accumulated data by Instiz iChart (which monitors all domestic digital charts), Loser dominated the charts all across Korea for 3 weeks straight, before giving in to IU. 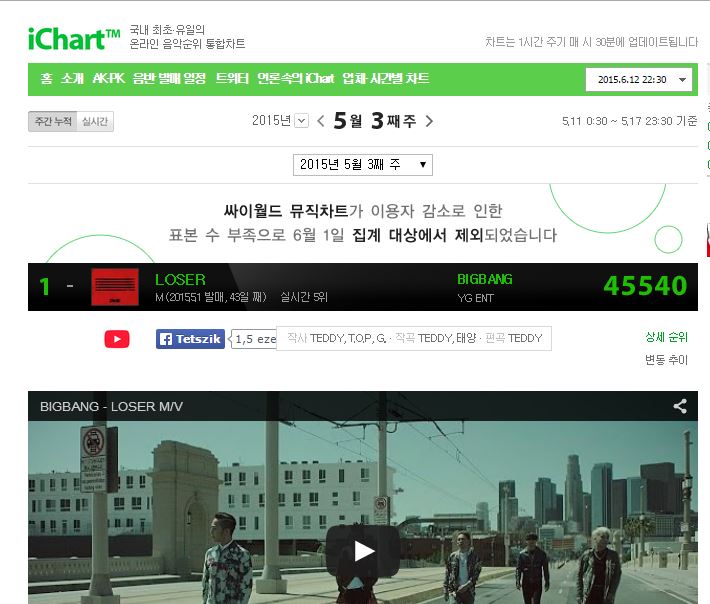 The second release cycle was shaken a bit by EXO’s subsequent release on 3 June, and temporarily for a few hours every day, BIGBANG lost its number one position on charts, but they kept climbing back to the top and weekly accumulated data still placed the band as overall number one, for both week 1 and week 2 in June. 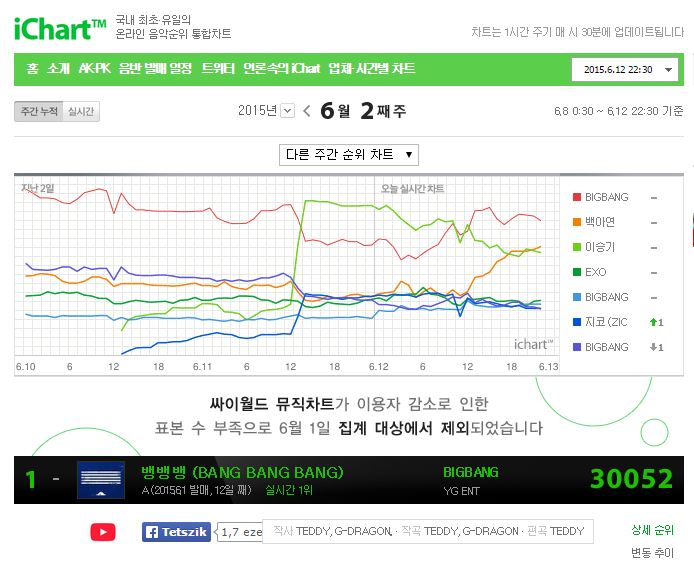 It is also noteworthy that even though numerous new songs have been released since May 1, Loser and Bae Bae remained in the top 10 on iChart even after they have fallen from the top positions and as of 12 June, both songs are still in the top 10, that is 43 days after their release.

It is often noted that BIGBANG only goes to a few selected music shows during their comebacks. Since May 1st, with their new releases, the band’s music show results are as follows:

That’s 11 wins altogether as of 12 June. While music show wins are often only indicative of fan clubs being extremely dedicated, it certainly shows that even with a few performances (they have not performed at each show for each win), the interest is certainly there.

At this moment, the strategy seems to be a golden egg. The tricky part comes with the actual sales figures. By releasing so many singles over a short period of time, YG Entertainment risks losing actual physical sales. Hard-core fans might still purchase the physical singles, but many are waiting for the studio album to be released, simply because of financial restraints (e.g. not enough money to spend $20++ each month to obtain a copy of the M-A-D-E series, and purchase digital copies, too).

The national music chart, Gaon reflects this, actually. While BIGBANG is virtually slaying the digital, streaming and download charts (the latter with the highest number of downloads this year), with Loser and Bae Bae dominating the month of May and Bang Bang Bang holding first position for the 1st week of June, the physical album sales don’t look quite great. Single A places 3rd as of 12 June, which is not too bad, considering that it is a single only and not a full album like in the case of major competitors, but accumulated May sales puts BIGBANG’s M single at #16 with 134,507 copies sold.

For individual sales, this is not what we would expect from the band, since for instance, EXO album sales are around 470 thousands. But if they continue to sell singles at this rate, the four singles could accumulate around 500 thousand copies, and then we will have to see how the full album  performs. The questions are: will BIGBANG be able to keep singles sales above 100,000 copies each throughout and will this actually affect the sales figures of the studio album (consider that its fans exhausted their financial resources by September)?

One thing, though, works to BIGBANG’s advantage here: the general public. Albums are usually purchased by fans, the public might have more interest in individual songs only, and this is reflected in the digital download figures, which are higher than anyone on the chart. By constantly releasing new songs, the band is keeping the public’s interest, and has them purchase more songs individually than in case of a one-time album release with 1 or 2 title songs, where such audience would only purchase those title songs if they happen to like them.

So, while BIGBANG may lose out in month-to-month physical sales, they can actually win by maintaining a continuous interest in digital sales and the accumulative physical sales might still prove to be very good.

From a general marketing point of view, we also have to consider other important factors than just sales. Artists get the least revenue from album releases, however successful it might be, nowadays it just does not bring in enough money. With this fishing strategy, BIGBANG proves to be a real winner: they are continuously in the spotlight. Normal promotion cycles will allow an artist to be in the highlight for a couple of weeks, or one to two months, if lucky and at the right time. Then others take the place and we have to wait half a year or a complete year for a new cycle.

The MADE marketing strategy puts BIGBANG into the spotlight and lets them stay there virtually continuously. MVs get circulated on TV and SNS channels. They also perform, and get invited to variety shows and other events, going on with their world tour parallel to their music promotions. You basically cannot escape BIGBANG at the moment, whichever newspaper or magazine you take, there will be news about them. Publicity is important, and it will surely attract more advertisers, sponsors and investors, boosting up publicity for other activities (see the interest in G-Dragon’s PEACEMINUSONE exhibition or TOP’s new K-drama).

Let’s not forget the impact this kind of marketing strategy has on the fandom. After 3 years of starving, VIPs now have a full feast each month. Instead of releasing an album and MV, doing a promotional cycle on TV and then go silent for a period of time, BIGBANG breaks the norms and chooses to continuously promote with different songs. Of course, this keeps the fandom at an edge, with the magic of surprise each month, and plenty of material to watch, not to mention the 70-stop world tour. If there are true winners of this strategy, it’s the fans. 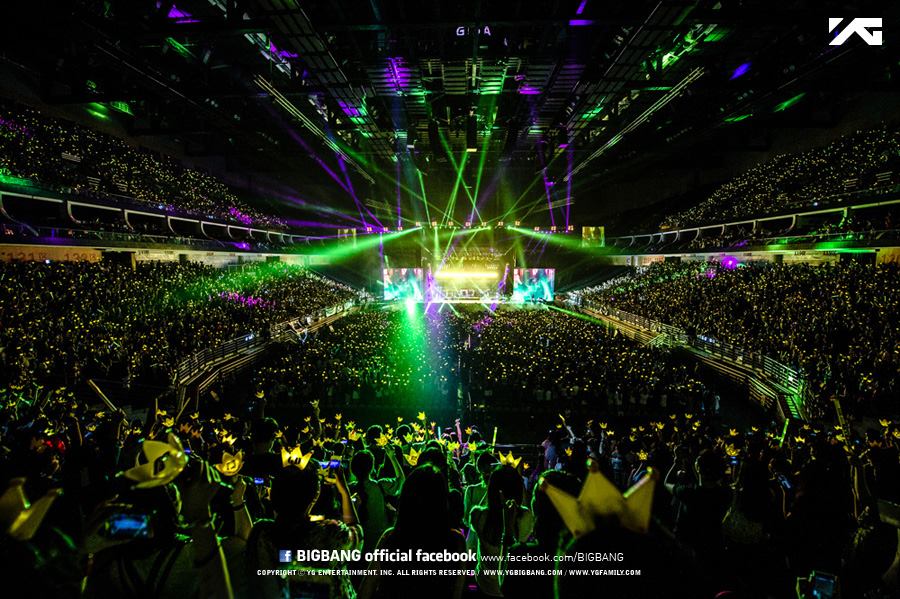 What can we conclude halfway through the MADE release series? So far, it certainly looks to be a successful strategy, and we will have to see what it brings to BIGBANG by the end of the year.