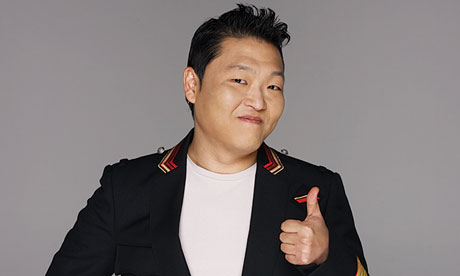 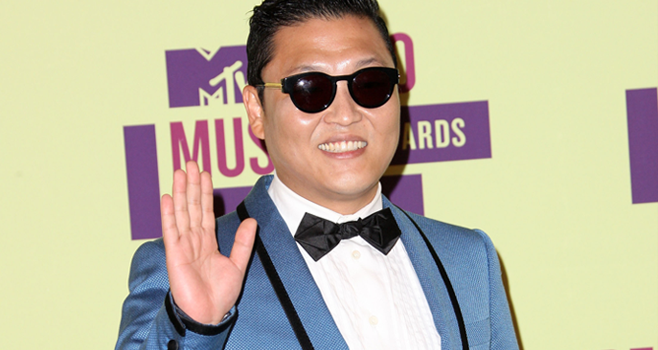 Making a name for yourself on a global scale is a feat rarely achieved in this day and age. Artists spend years, decades, even their entire careers, just trying to succeed in the world’s ever-growing, ever-changing music market. When an artist hits it big, the opportunities are endless and so are the criticisms. No artist is immune to the slippery slope that is journalism.

As a public figure, your life, your career, every word spoken and every gesture made can be instantly twisted into the next great scandal.

With a career spanning over a decade and a multitude of albums under his professional belt, Korean artist PSY has now become the biggest global internet star in history. Accomplishing a feat that no one in the K-pop industry would have ever imagined; accumulating more views on YouTube than Justin Bieber and claiming the top honour of the most viewed music video ever.

After the Gangnam Style music video was released this summer, the song quickly turned into a viral sensation, hitting top spots on music charts worldwide and is now currently approaching an unprecedented billion views on YouTube. The song’s still-growing popularity has created countless of opportunities for the artist.

With performances spanning the globe, appearances on a multitude of hit talk shows, performing at the 2012 American Music Awards with legendary artist MC Hammer, endorsement deals, and signing with a major music label in the US, the global popularity of PSY and Gangnam Style has no equal.

While his popularity and opportunities continue to grow, criticisms have grown exponentially, taking the form of video parodies, racist video blogs, and even hate mail. This isn’t unusual for a celebrity. With fame comes fans and anti-fans, so a little hate now and then is fully expected. However, sometimes criticism goes above and beyond and causes a scandal.

Case in Point: the “Back of the Book” segment aired by veteran television political pundit Bill O’Reilly – host of the Fox New Channel’s The O’Reilly Factor, which currently has K-pop fans in an absolute uproar.  A video of the segment was uploaded to YouTube recently and has not only caught the attention of American K-pop fans but also international fans and they are beside themselves with anger.

Bill O’Reilly and Keith Ablow of Fox News’ The O’Reilly Factor have angered thousands of the viewers after they referred PSY as the “fat guy from Pyongyang or something” and said it was “fine to waste time watching the music video.”

While guest psychiatrist Keith Ablow said he would not dismiss it as “having no meaning” and “just a good beat”, he then contradictory said that PSY was tapping into a market of “people who didn’t want any meaning, right now.”

“The most popular music is apparently… without intelligible words to some extent. It simply conveys you to a distant place, beat wise, doesn’t try to convince you of anything, it doesn’t to try to raise your emotions, it’s just like a drug.” Ablow said.

Ablow then continued to agree with talk show host O’Reilly who said that the song had “no meaning”.

“The meaning is that it has no meaning.” Ablow said.

O’Reilly then further made comparison of PSY and the song, which is a sharp social commentary of the social class in South Korea’s rich Gangnam area to legendary Rock and Roll singer, Elvis Presley.

“Wait, wait, wait, Elvis Presley could sing, he had a good voice. His songs had words… he put on a show,” the talk show host interrupted before singing one of Presley’s songs.

Pointing his finger, “This is a little fat guy from Pyongyang or something,” O’Reilly said, referring to the communist capital of North Korea.

Sorry Bieber, the Internet is about to break, and it’s not because of you, but PSY

Hot under the collar yet? I wouldn’t be surprised. When I came across this video I was just as livid as some of you are right now. In a world where parents try to teach their children to respect other races, religions, cultures, and ethnicities; their free-thinking and understanding education is being undermined by, in this case, a television host. With this five minute long clip, the host and his guest spew enough disrespect and hate for any fan to get seriously upset.

Fans have taken to the internet to protest to the video. Chanting words like “Racism”, “Ignorance”, and “Bigotry” from behind their computers and screaming for an apology from Fox News and Mr. O’Reilly. Why? Comments made by the show’s host and his guest, have come under fire from the K-pop community for a myriad of reason but more specifically for being racist.

“Are you kidding me? How ignorant. This is why people hate on Americans, because people such as this man here have the audacity to belittle other countries in such a demeaning manner. Really? Just because the language spoken in the song isn’t English it is some unintelligible meaningless babble? I really don’t know what to say at all…..Very ignorant, rude, and honestly all he is doing is making a fool of himself (both of them are). You would think they would be more educated & respectful…” – lovethuyy

“I would be embarrassed if I was them smh inconsiderate, rude, and racist … At least have the dignity to pronounce Korean words correct instead of being rude and having no respect for it. They should be ashamed calling themselves professionals! Yeah good luck idiots you’re now professionally stupid!” – cherrii100

“”Has no meaning” Apparently Korean isn’t a recognized meaning. And this video does has meaning behind it. Take an extra freakin minute to look up the translation. Don’t tell me the reasons why I watch Psy’s video. Sounds to me that you’re just jealous that the video is successful and your children’s book isn’t. It’s a music video not (explicative) Shakespeare, ‘kay? Don’t read too much into things.” – JVB012

These are just some of the many comments this video has acquired in the short time since its upload and while many people are dismissing it as political drivel, K-pop fans are taking it quite personally. The entire feel of the clip comes off very condescending and disrespectful, not to mention that some of the statements made by the host and the guest psychiatrist, Dr. Keith Ablow, come off quite racist and ignorant as well.

With statements made by Dr. Ablow like “The meaning is that is has no meaning.” and “Music, the most popular music apparently is that (which is) without intelligible words” along with the comparison of PSY to legend Elvis Presley  in which Mr. O’Reilly said “Wait, wait, wait, Elvis Presley could sing, he had a good voice. His songs had words… he put on a show” all implied that PSY has no discernible talent and that because the song wasn’t in English that it was “a waste of time”. 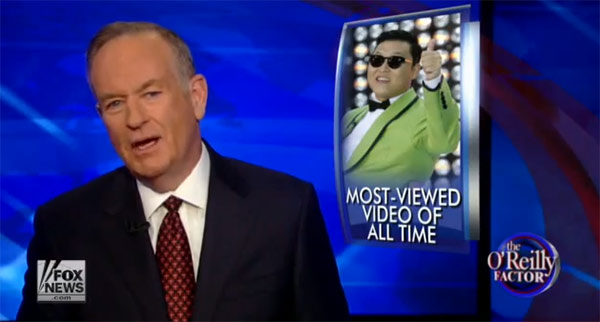 As a fan of PSY and K-pop I totally empathize with how the fans are feeling about these shots at the artist’s effort and talent. Mr. O’Reilly’s facial expressions and gestures show an err of contempt for the artist’s popularity and makes fans feel as if he is belittling all that they hold dear.

However, the statement-heard-round-the-world, so to speak, was Mr. O’Reilly’s description of PSY as “This is a little fat guy from Pyongyang or something” has caught the world’s attention in a big way. With that one statement this segment went from opinions, ignorance, and conjecture to racism, bigotry, and political mudslinging in no time flat. Mr. O’Reilly not only insulted the artist’s physical appearance and ignorantly labeled him a communist and a North Korean, but also gave off the impression that he was using this segment as an underhanded slap to the face of both North and South Korea.

Many fans felt that Mr. O’Reilly was knowingly using PSY’s popularity to push his own political agenda, that this was all a ploy to create sensationalism for himself, and this is definitely justified as The O’Reilly Factor is a show about politics, plain and simple. So, while fans of the artist are angry from a fans point of view, many are disgusted and horrified from a political view as well

To take something so loved as music, and use it for political posturing just seems wrong to them and I quite agree. What PSY has accomplished in such a short period of time is something for him and every K-pop fan in the world, to be truly proud of and we are. We are proud of our artists, their music, and each other and we hope that the world will understand and respect that which we love.

So what should you take from this? I’m sure many out there may use this incident as fodder for their ever-growing distaste for Americans in general and see them all as racists, but we all know labeling an entire country based on the actions of the few, or the one, isn’t taking the high road in all of this.

Over the many years I’ve been a fan of Korean music and culture, the one true constant is the fan’s understanding and respect. K-pop fans span every race, color, creed, nationality, religion, and socio-economic status. We are those who believe that just because someone may look different than us or may speak a different language than us, that doesn’t mean we are better than them. Respect is an international fan’s greatest weapon against the growing trend of racism and bigotry targeting the Hallyu Wave.

We choose to be K-pop fans because, no matter how much we may differ, we have one love in common, the Music. My suggestion to alleviate some of the ignorance of the world is to lead by example. Show your community, friends, family and the world, that we are united in the understanding that we are all the same on the inside. Be respectful and understanding, always.