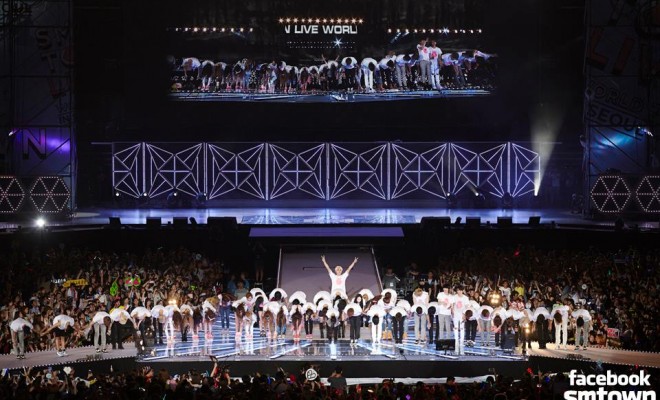 The Pitfalls Of Dating: Why Being A Kpop Fan Is Bad

We’ve all seen it, we’ve all heard it, and yes, some of us have even said it ourselves: “I want a Korean boyfriend/I want to date someone like (insert Kpop idol name here).” For all us forward thinking, older fans out there, these phrases usually invoke a series of eye rolling and reflective questioning of “Really?” and “You know that’s never going to happen, right?” But for many singles out there finding a guy who is as good looking as Rain (Bi), as charismatic as Kim Junsu (JYJ), as hilarious as Jackson (Got7), and as fashion forward as G-Dragon (BIGBANG) is completely on their ‘to do’ list in a big way.

Many progressive argue that venturing to find ‘normal’ Korean men (or any Asian man for that matter) who miraculously fits these very unique molds is impossible, that even attempting to find a man who would fit such a mold is in-of-itself irresponsible and disrespectful on the part of the looker, and that to even engage in such thoughts are tantamount to fetishistic. However these beliefs have not halted the droves of singles flocking to online portals, SNS services, and dating sites in hopes of making a connection.

Let’s be realistic. Kpop is cool and unbelievably glamorous; full of Korean men and women with impeccable physiques and figures, flawless skin, massive amounts of talent, and personalities to die for, that have contractual wardrobe budgets that equate to the buyout cost of a five-bedroom house in Los Angeles and dedicated teams of professionals to help uphold a standard of beauty, so high that plastic surgery has become not only common place in South Korea but as an expectation. Artists are groomed, trained, instructed, and monitored from the very beginning to conform to a specific set of variables that the movers and shakers in the industry have set so that artists can become relevant and stay appealing to the Kpop masses in both a generalized and personalized way for as long as possible. The better they conform to these standards, the stronger their ‘Wow’ factor will be, the more popular they will be, and the more money their corresponding companies will earn.

But Kpop is not only just about music, artists, companies, producers, songwriters and singers, it’s also a product; to be bought, sold, promoted, and distributed to as many audiences as possible, so as to solidify a niche in the ever-growing, ever-reaching global market. Tried and tested, the genre excels in providing the curiosity and appeal that every fan is looking for. It draws us in with stylishly coordinated wardrobes, perfectly executed dance moves, enticing melodies, emotional lyrics, and men so seemingly tailor made for ourselves in personality, beliefs, habits, and feelings that you can’t help but be attracted to it. And, as we are expected to do, we fans fall for all of it hook, line, and sinker.

In a way, it’s not so unreasonable to equate your choice in men based on the traits of your favorite artist. After all, he wouldn’t be your favorite artist if there wasn’t something about him that appeals to you on a personal level, right? His looks. His personality. His sense of humor. But, when you allow that arbitrary Kpop attraction or appeal to deliberately determine your choice of mate and crossover into your real life, you’re actually doing more harm than good to yourself.

There are many singles out there who are good-hearted people just looking to find a life mate or someone to love honestly, but end up alone simply because of what Kpop has done to the Asian dating scene. This ‘Kpop Roadblock’, as I like to call it, has left single Asian men gun shy about dating any woman who’s a Kpop fan simply because they know that they will never measure up to the genre’s unbelievably high standards of beauty, success, and charming appeal. It’s this fear of being compared, or judged by, that really kills what could end up being a long lasting and loving relationship before it even has a chance to start. 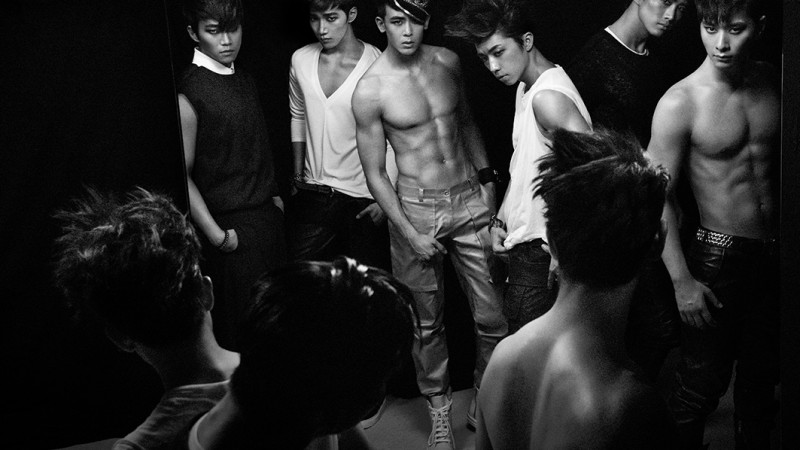 While insecurities stand on both sides of the dating aisle, it’s men who are more so affected by Kpop than women. In South Korea, dating is an exercise in near futility. A man’s worthiness is often based solely on their social status, background, education, parentage, and level of success. If they didn’t graduate with a degree from a major, well established, and reputable university, they’re considered not of a good marriage material. If they don’t have a high paying job that offers financial security to a prospective bride, then they’re not worthy of her love. If he doesn’t come from a reputable family or was raised poor, then they’re destined to die alone. It sounds cliché, I admit, seemingly somehow derived more directly from a K-Drama script than that of real life, but sadly there’s always a little truth in every story.

Living under these already well-established societal pressures and standards, Korean men are finding it harder and harder to find someone to spend their life with. With the expanding popularity of Kpop added into the mix, dating has become nearly impossible. Before Kpop, men only had to deal with intriguing the girl, and eventually impressing her family, to have a successful dating life, but now they can’t even get past the first hurdle, let alone make it all the way to the goal line.

Simply because they don’t look or act like today’s popular idols and have a bank account to match.

Seems unfair, does it not? To be sized up, judged, and discarded based on one person’s beliefs, societal pressures, or a group of men’s success that have absolutely nothing to do with who you really are on the inside? Not even given a chance to prove yourself, simply because you’re just an ordinary guy? But, it happens.

So much so that domestic marriages in Korea are on the decline, while according to a recent report from Dong-a Ilbo on South Korean marriages conducted in 2014, international (interracial/foreigner) marriages are on the rise. In another report by JTBC, they found that only 9% of the Korean people they surveyed, currently in their 20’s and 30’s, believed marriage to be “imperative”, and over 70% of the same respondents preferred to cohabitate rather than to get married.

While there are many contributing factors to the overall decline of marriages in South Korea, from the socio-economic boom created in the post-war era to the explosive increase of professional women in the work place (and everything in between), the influences of Kpop on the Korean male’s sense of self-worth and self-esteem has made an undeniable impact on the normal man’s day to day. Having to live up to the examples of these popular, wealthy, and ever-charismatic men have forced regular guys to seek love elsewhere, namely internationally, or in their eyes run the risk of growing old alone. This, for the lack of better term, desperation, has led to an overall disdain for anything Kpop related and has created a divide in the international (interracial) dating scene that is very reminiscent of that which now resides in South Korea.

Being surrounded by the pitfalls of Kpop since they were young, many Korean men now hold a very low opinion of any woman who claims to be a fan of Kpop; assuming that she’s just another rat following the Pied Pipers’ call, too engrossed in the glamour to have a true and deep appreciation for who he truly is and where he really comes from, and who’s only interest in him centers around how much he looks like Se7en, Bang Yong Guk (B.A.P), Zico (Block B), or Leetuk (Super Junior). However, while in some cases, this assumption would be a safe choice, yet in most others, it’s a flagrant misconception of Kpop fans as whole.

While others view Kpop fans as adolescent, immature teenagers with absolutely no self-control, the fact of the matter is that a large majority of international fans (specifically) range in age between their late 20’s to early 40’s, and have a strong sense of sincere respect and interest in Korean men, culture and history. They go out of their way to see beyond the glitz and glamour of Kpop; taking language courses, applying for international study opportunities, going back to school, attending Korean churches, exploring K-towns around the globe, making friends all over the world, and reading into the wee hours of the night; just to get to know what South Korea is really all about. It isn’t all about the charming appeal of Tablo (Epik High), the dance stylings of Jay Park, or the bright smile of Taemin (SHINee) to these singles, it’s about showing respect to South Korea and her people which they deserve, while garnering knowledge that someday, this may allow enough commonality between themselves and a guy they like so as to open doors that may otherwise be closed to them. Let’s face it, having a base knowledge about someone’s culture and native language allows a greater opportunity to connect on a deeper level than not having any at all.

But even with these singles, and their altruistic love for more than just Kpop, the dating scene is a disaster on both ends. Korean men who sincerely want to find someone to love often times run into fans that are all about the glitz and glamour, get burned, and become jaded about dating Kpop fans. While Kpop fans with a sincere love and respect for the culture, its history and traditions, can’t seem to find any guys that will give them the time of day. It’s a Catch 22. You’re out of luck either way.

So how do we fix this?

The simple answer is: there is no simple answer.  Unfortunately, just like regular dating, everything is trial and error. Many Kpop fans choose to keep their love affair with the genre a secret until the most opportune moment, which usually backfires in grand fashion, while others put their Kpop love out there from the get go; essentially cutting off the relationship before it even has a chance to start.

My advice is to never give up. Be you, a Korean man trying to find love or a lovely lady hoping to find the man that will make you happy, as long as you stay determined to the happiness you seek, it will find its way to you. Be open-minded. Be understanding. Be honest. Don’t allow Kpop to be your defining criteria for your happiness. Focus on your commonalities, don’t judge a book by its cover, and, for goodness sake, take a risk. You never know what can happen until you try.