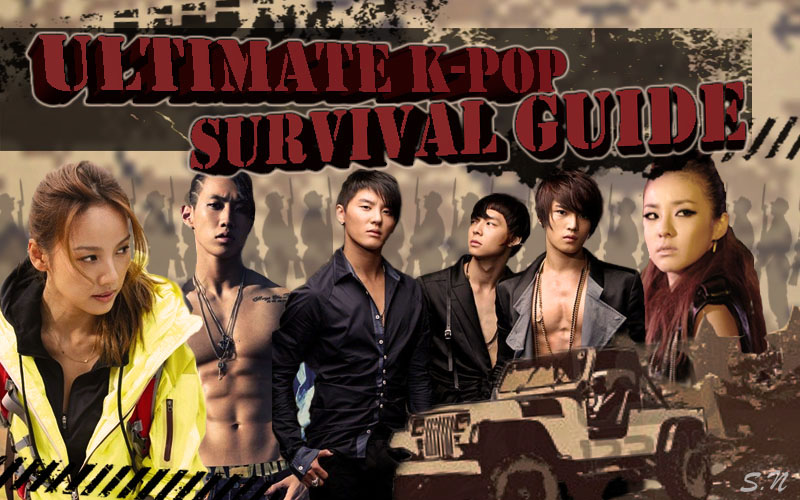 By Xiaolong | May 1, 2013
FacebookTwitter
SubscribeGoogleWhatsappPinterestDiggRedditStumbleuponVkWeiboPocketTumblrMailMeneameOdnoklassniki

K-pop is an extremely competitive genre, a small country with a population of merely 50 million people produces new artists literally almost every day. The industry is like a ruthless stepmother: once you make a serious mistake, it might cost you your career and more.  Career ups and downs are normal in an artist’s life but in K-pop, once you reached the lowest part, it is very difficult to climb up the mountain again. Ultimate K-pop Survival Guide will be a short series on artists who have managed to turn their failing career from point zero back again or who had gone through a lot of hardships and still managed to remain successful. Not only rookie artists but we, the audience, can also learn a lot from them.

Avoid them as if they were lepers

The first installment of the series is dedicated to perhaps the biggest survivors of the dark side of K-pop: JYJ. Everyone knows what they have been through, but it doesn’t hurt to summarize and focus on how they actually managed to cope with the situation.

For the uninitiated: once there had been an idol band we can possibly call one of the greatest successes of K-pop ever: Dong Bang Shin Ki, or by their English abbreviation, TVXQ. The five-member boyband, consisting of Jaejoong, Yunho, Yoochun, Junsu and Changmin, was among the first successful wave of K-pop to set foot in Japan, and with blood and tears, they worked their way up the ladder, from performing to a mere handful of fans to filling the 50,000 seat Tokyo Dome in rows. Their fandom, Cassiopeia, was certified by the Guinness Book of Records for being the largest official fan club in the world. They reached unimaginable heights in Asia, thus their break-up was probably one of the biggest shocking events ever to shake the world of K-pop. Not because boybands are supposed to last forever, but because they were at the height of their careers and were known to be close to each other. When the news broke out that Jaejoong, Yoochun and Junsu started a lawsuit against their agency, S.M. Entertainment, to nullify their 13-year contract. At first, everyone hoped there could be a settlement, but in October 2009 the Seoul court ruled in favor of JYJ, and as a result, the Fair Trade Commission started advocating the use of ‘model contracts’ to prevent agencies from having artists sign excessive deals.

Though the social impact of their lawsuit was huge, industry players were forced to rethink the ways they were treating their artists, and JYJ emerged as a moral winner, the real hardships were to begin just then. S.M. Entertainment appealed against the court decision and a three year desperate battle took off. Not long after JYJ announced the establishment of their new band, their initial supporter in Japan, Avex, suddenly had a change of heart, claiming sole rights to manage the band in Japan, dismissing claims that JYJ’s new management company, C-JeS Entertainment, had any rights to organize events for the band on Japanese grounds. They too, ended up in a long lawsuit, during which JYJ was denied any kind of rights to perform in Japan. At the same time, all doors in Korea closed as well. The industry suddenly started treating the three young men as if they had leprosy. In silent agreement, major broadcasting stations denied them appearances as musicians. Some were claiming that they did not wish to get entangled in court related issues.

At the time, we had no one to speak for us, and we could do nothing but silently stand our ground – Kim Jaejoong

C-JeS Entertainment thus had to build a different strategy to promote JYJ. With no possibilities to appear on televised music shows and variety programs, the usual promotion cycle was out of question. The possibility of failure also lingered in the air, with the artists preparing themselves for the worst; that they might not be able to stand on stage again.

The rules of survival for JYJ were as follows:

1. Keep silent. Despite the constant rumors, the extensive media coverage, part of the torn fandom accusing them of betrayal, former label mates openly criticising them for their decision, JYJ kept silent. As they expressed in their 1000 day anniversary magazine, they decided to work silently and not be shaken by accusations and rumors.

2. If you cannot enter through the door, climb through the window. As they were denied the chance to promote through television, JYJ had to look for other ways of reaching their audience. They started separate activities, Yoochun and Jaejoong became involved in television dramas and movies, gaining wide followings as actors. Junsu began to appear in musicals and in a mere three years’ time, he went from being looked at as a ‘box office bringing tool’ to a highly praised and critically acclaimed musical actor on his own right. When the nation’s main broadcasters were not willing to talk to them as musicians, ironically, they became the sweethearts of the government, appointed as goodwill ambassadors and promoters of national and international scale events like the 2014 Asian Games, and were among the few selected artists invited to perform at President Park Geun-hye’s inauguration. The latter marked their first televised performance in three years in their home country. When local record labels were unwilling to assist, they went to the US and started working with American producers, despite their lack of English skills.

3. No regrets, no complaints. In their 1000 day anniversary magazine, the band members expressed that despite all the hardships, they did not regret their decision, not once.  Having faith in your decisions is important for obtaining and maintaining the strength necessary to survive. They have also never complained of unfair treatment or the lack of opportunities because of the silent ban in Korea and Japan. They just did what they had to do: work hard and smile. I believe that having a positive attitude and being able to smile at their fans was an important factor in their success. Instead of giving in to striking waves of depression and self-pity, they rose above hard times by sticking together and supporting each other.

4. Don’t lose your trust. When unfortunate events happen, one can easily feel they are no longer able to trust other people. JYJ, too, had gone through this period. When Baek Chang-ju offered his help in 2009, they did not trust him, it took them months to open up and accept his helping hand. C-JeS Entertainment was established exclusively to steer JYJ’s boat through troubled waters and it went from a one person venture to a serious agency that employs over 40 people with sales amounting to 33 billion won (roughly 30 million USD) in only two years’ time. 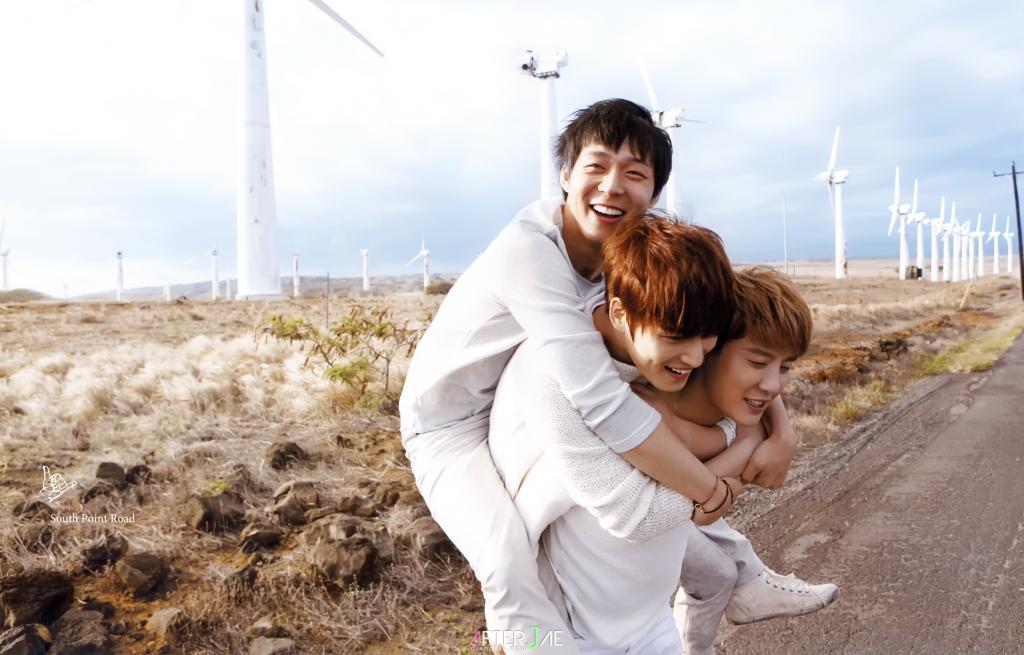 JYJ’s legal fights have just recently ended, but their battle is far from being over yet. Broadcasting stations are still treading carefully. Despite all the unfortunate events that had befallen them (appearances denied, concerts cancelled last minute, accusations, rumors, some of their own fans turning their backs on the band), JYJ never once gave up.

Their album, In Heaven, sold over 350,000 copies, Junsu’s Tarantallegra was one of the most successful solo albums of 2012 despite lacking in promotion, both JYJ’s and Junsu’s solo world tours were completely sold out. Their Tokyo Dome comeback concert in April 2013 had successfully wrapped up and attracted 210,000 people altogether.

Besides part of the Cassiopeia fandom still supporting them as much as they also support the duo TVXQ, JYJ gained a firm and enthusiastic new fan base as well, through their numerous group and individual activities. Jaejoong’s limited edition mini album became  a huge success, Yoochun is virtually the most successful idol actor on the market and Junsu cemented his name as one of the best singers ever born in Korea. They are wealthier than most artists under their former agency, including their former band members Yunho and Changmin.

Were they lucky? I would not think so. Many of us would have given up such a grueling and frankly, seemingly hopeless battle against giant obstacles. What we can learn from JYJ is that you need to keep your faith, grind your teeth, work hard and believe in your own abilities. Only then will you be able to turn all unfortunate events into glistening success.

Note: The views and opinions expressed in this article are solely of the writer and not of hellokpop as a whole.