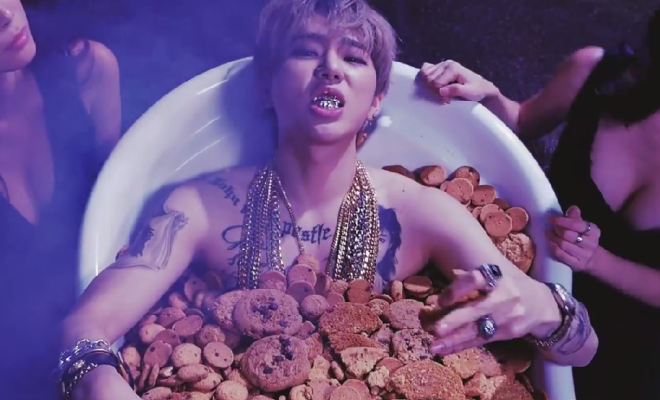 “It’s hip hop.” This is the refrain that many Zico fans have adopted in the midst of the controversy surrounding the rapper’s new solo track Tough Cookie.

There are quite a few things that are ruffling some feathers – to say the least – in the international k-pop community. The music video’s been criticised for misappropriating Black American culture and demoralising women, not to mention for the use of a homophobic slur and a Confederate flag. While some are perfectly content with sweeping it all under the rug of “hip hop culture”, others are disappointed, outraged and plain disgusted.

Let’s try to take a neutral stance for a moment. Maybe there is a little too much ethnocentrism at play here. English isn’t his first language, so maybe he didn’t know what that word meant. The lines between a swear and a slur may not have been made clear, and even amongst English speakers it’s unfortunately quite commonly used in homophobic and non-homophobic contexts. As for the flag, this writer herself had no idea it was offensive – as an Australian-born Chinese, I’m not necessarily familiar with aspects of American history and wouldn’t have picked it out as an issue.

Here’s the question, then: even if we are willing to put these things down to ignorance, how much of it are we going to allow?

We shouldn’t let music videos and lyrics that jar with our values slide, simply because it’s apparently part of hip hop culture to be inflammatory, or because the creator doesn’t understand its implications. Zico’s not the only Korean artist has been accused of producing superficial caricatures of what they seem to perceive as hip hop, and putting his foot in it at the same time. But the more fans make an effort to call out K-pop artists for their misuse of words and symbols and their mistakes, intentional or not, the more pressure we put on them to rethink, reflect, and recognise aspects of other cultures.

K-pop has clearly chosen to expand further than the borders of South Korea, with idols constantly embarking on their world tours and becoming more connected with the global fandom. I don’t think it’s unreasonable to expect them to acknowledge societal values in the international community. Just because somebody doesn’t know something is wrong doesn’t mean they shouldn’t have to learn. Ignorance isn’t a crime, but neither is it a valid justification.

That said, these various issues aren’t just a K-pop thing either. Don’t let yourself get caught up in crucifying the one K-pop idol; if you’re truly offended by Zico’s wrongs, channelling your anger into insults and death threats isn’t going to make them right. For example, take a look at how homophobic language persists in online vernacular. The problem isn’t isolated, let’s not make it so.

Whether you support Zico or not, you can make an effort to make a change. Downvote his video, point out the wrongs in the comments, make your disapproval known if you feel you need to. By all means, hold artists accountable for their actions, but also have a look at your own community.  There’s change to be made on a wider spectrum.

Comment: Has Zico crossed the line? Do you think his music video is offensive, or are fans simply overreacting?