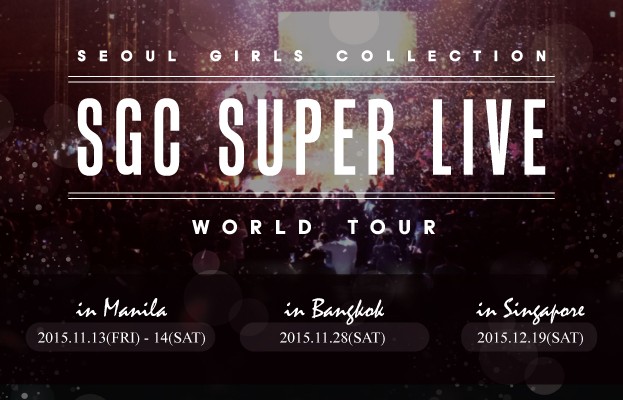 Christmas is just around the corner and K-pop fans from the Philippines, Thailand and Singapore will be receiving an early Christmas gift.

Seoul Girls Collection (also known as SGC SUPER LIVE) will be having an Asia Tour which will be held at Manila (Philippines), Bangkok (Thailand) and Singapore. The tour will kick off from Manila on November 13 to 14 at SM North Edsa, Sky Dome. 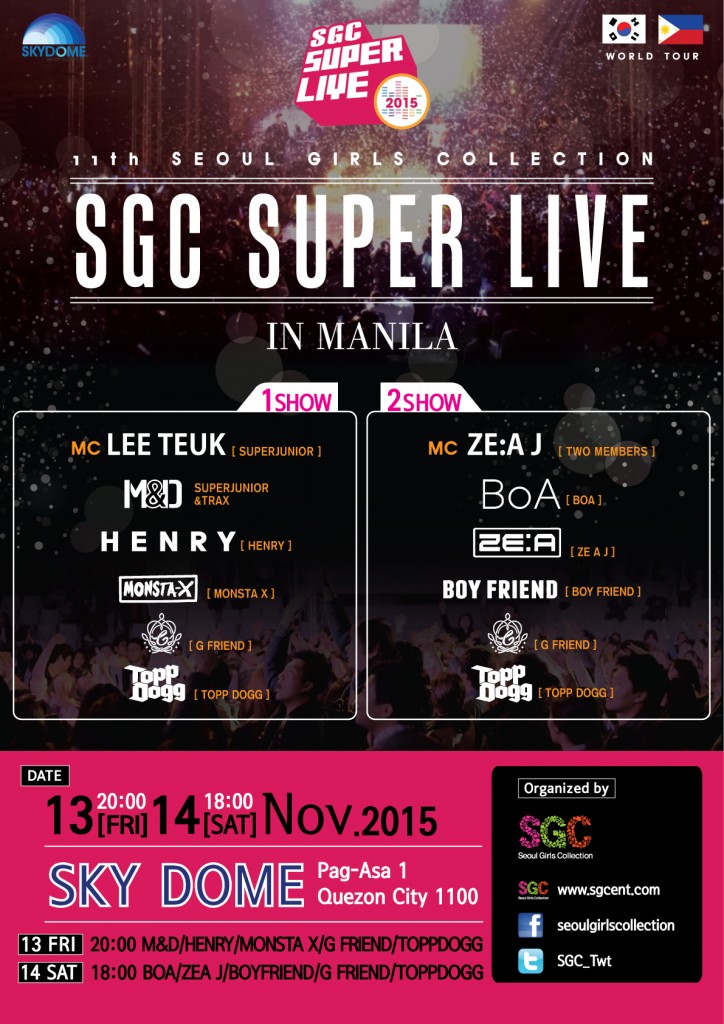 As a celebration of its 10th year anniversary, SGC will partner with top K-pop artists to perform in the event. The show aims to promote and focus on new trends in fashion, music and media.

Day 2 will feature BoA, ZE:A J, Boyfriend, G-Friend and Topp Dogg. It will be hosted by two members from ZE:A  which is not yet confirmed at the time of writing.

The Bangkok and Singapore legs are set on November 28 and December 19 respectively. The line-ups for these countries are not revealed yet.

Hellokpop, as an independent Korean entertainment news website (without influence from any agency or corporation), we need your support! If you have enjoyed our work, consider to support us with a one-time or recurring donation from as low as US$5 to keep our site going! Donate securely below via Stripe, Paypal, Apple Pay or Google Wallet.
43
SHARES
FacebookTwitter
SubscribeGoogleWhatsappPinterestDiggRedditStumbleuponVkWeiboPocketTumblrMailMeneameOdnoklassniki
Related ItemsBoABoyfriendG-FriendHeechulHenryJungmoLeetukm&dmonsta xSeoul Girls CollectionSGC SUPER LIVESuper JuniorTopp DoggTraxZE:A J
← Previous Story Infinite To Bring ‘Infinite Effect’ To Manila
Next Story → BtoB, GOT7, SISTAR, Monsta X And Day6 To Land In Singapore Next Month