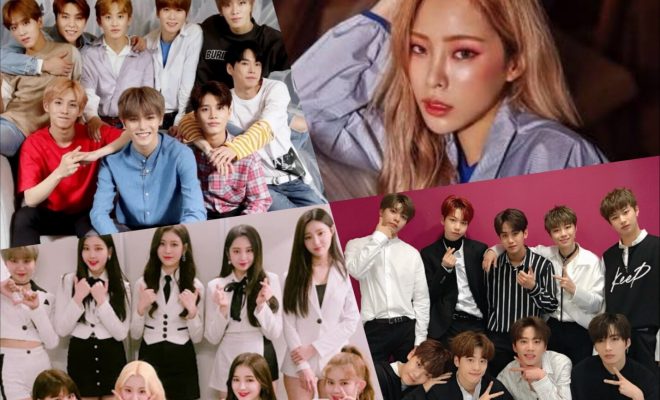 See these 11 K-Pop acts for their debut performances in Singapore at the coming HallyuPopFest 2018!

There is no doubt. HallyuPopFest 2018 is going to be the biggest K-Pop event in the region.

Happening from September 7 to 9 at the Singapore Indoor Stadium, the grandest K-Pop music festival will bring a total of 110 artists from 21 K-Pop acts.

From seasoned performers to on-the-rise singers, the three-day event will surely be filled with music, performances, interactions, and one-of-a-kind experiences for K-Pop fans and artists alike.

Read: All You Need To Know About “HallyuPopFest 2018”

As fans, you can surely look forward to the festivities which will greet the second weekend of September, especially as 11 of your favorite K-Pop acts will make their concert debut stage in Singapore via HallyuPopFest 2018.

Here are the 11 K-Pop acts who are performing for the first time in Singapore from September 7 to 9:

Singer-songwriter Yu Seungwoo will charm you on September 7 through the intimate afternoon showcase that will feature artist’s engagement with fans, as well as, performances. He will join gugudan on the first day of the showcases. 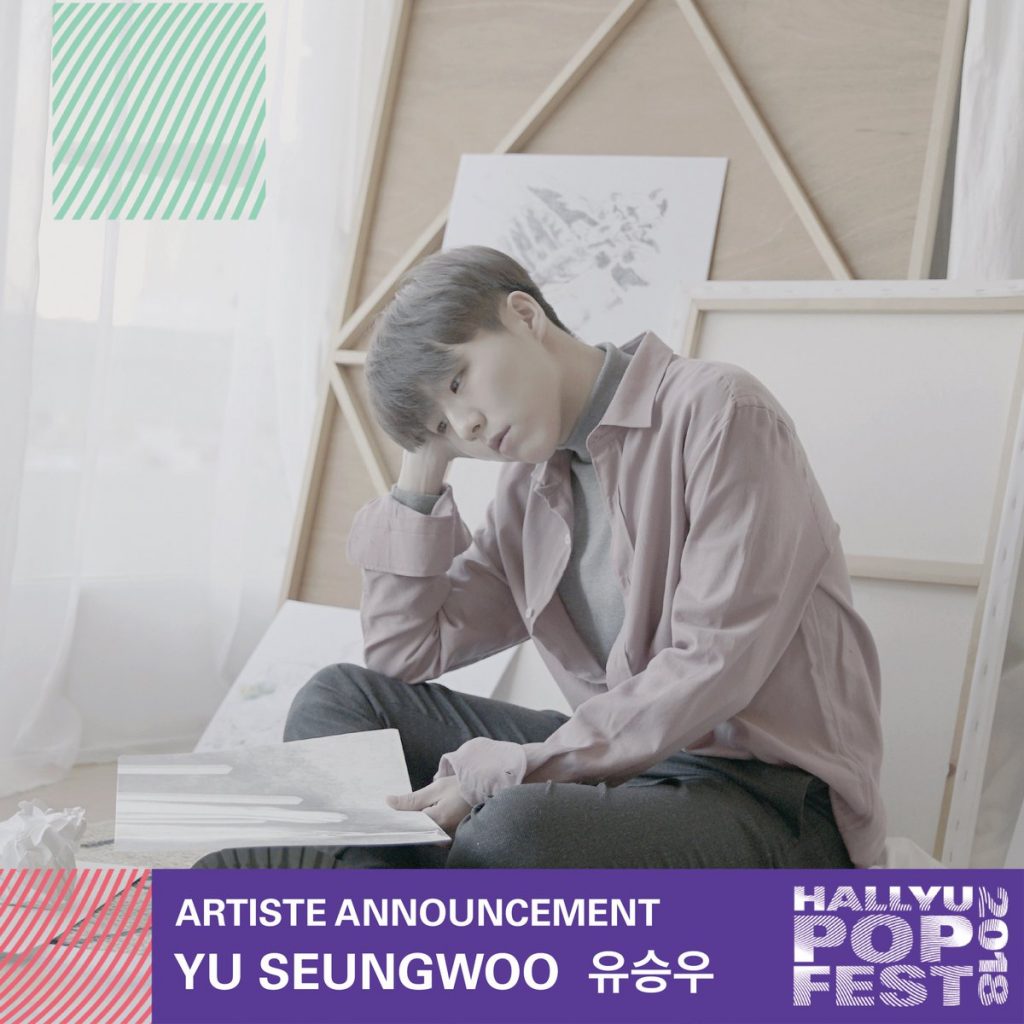 Seungsik, Heo Chan, Sejun, Hanse, Byungchan, and Subin will perform for the first time in Singapore since debuted in 2016 as members of Victon. They will join their label mates, Huh Gak and Apink, in bringing a memorable concert experience for the crowd on September 7. 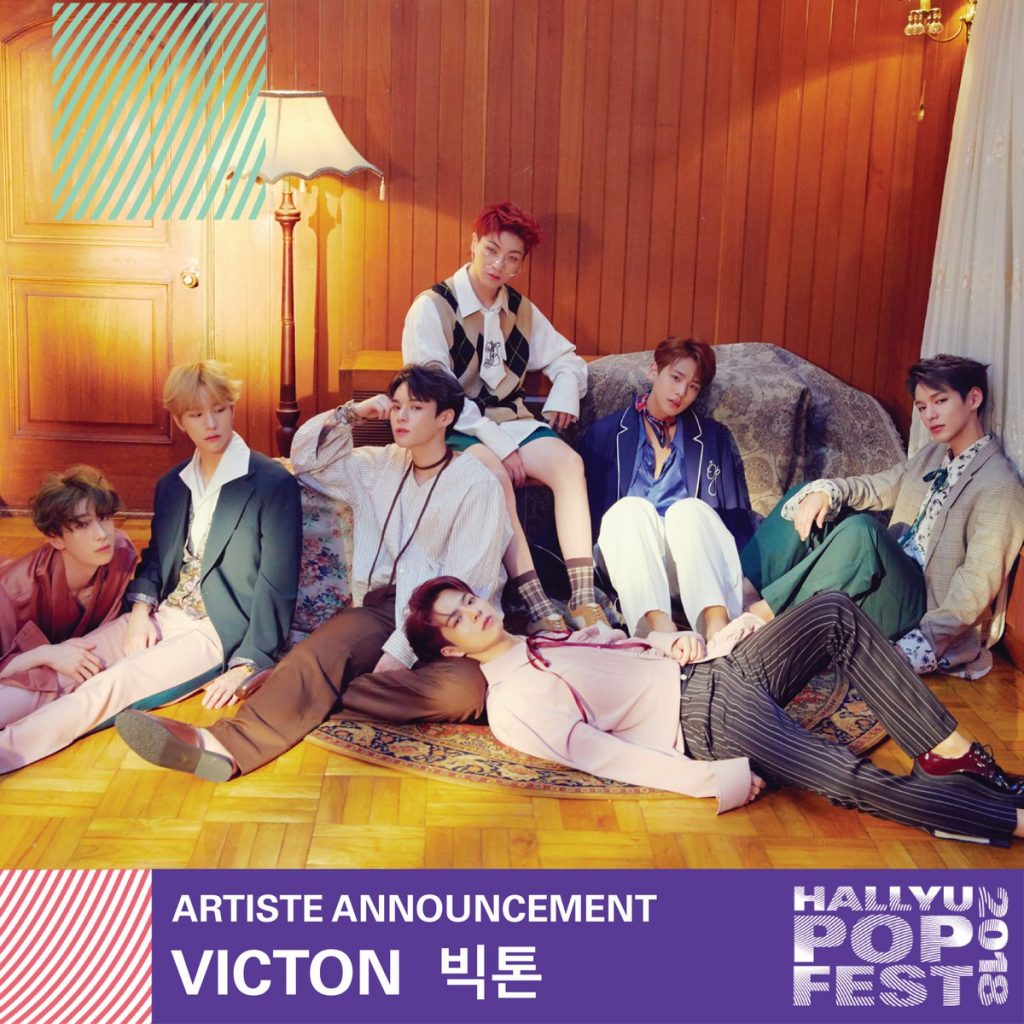 There is nothing greater than having to witness Momoland perform its hits “Bboom Bboom” and “Baam” live at the Singapore Indoor Stadium. The girl group, who is taking Asia by storm through its catchy music, will greet local fans on September 7 as part of the evening concert lineup and on September 8 as one of the artists for the afternoon showcase. 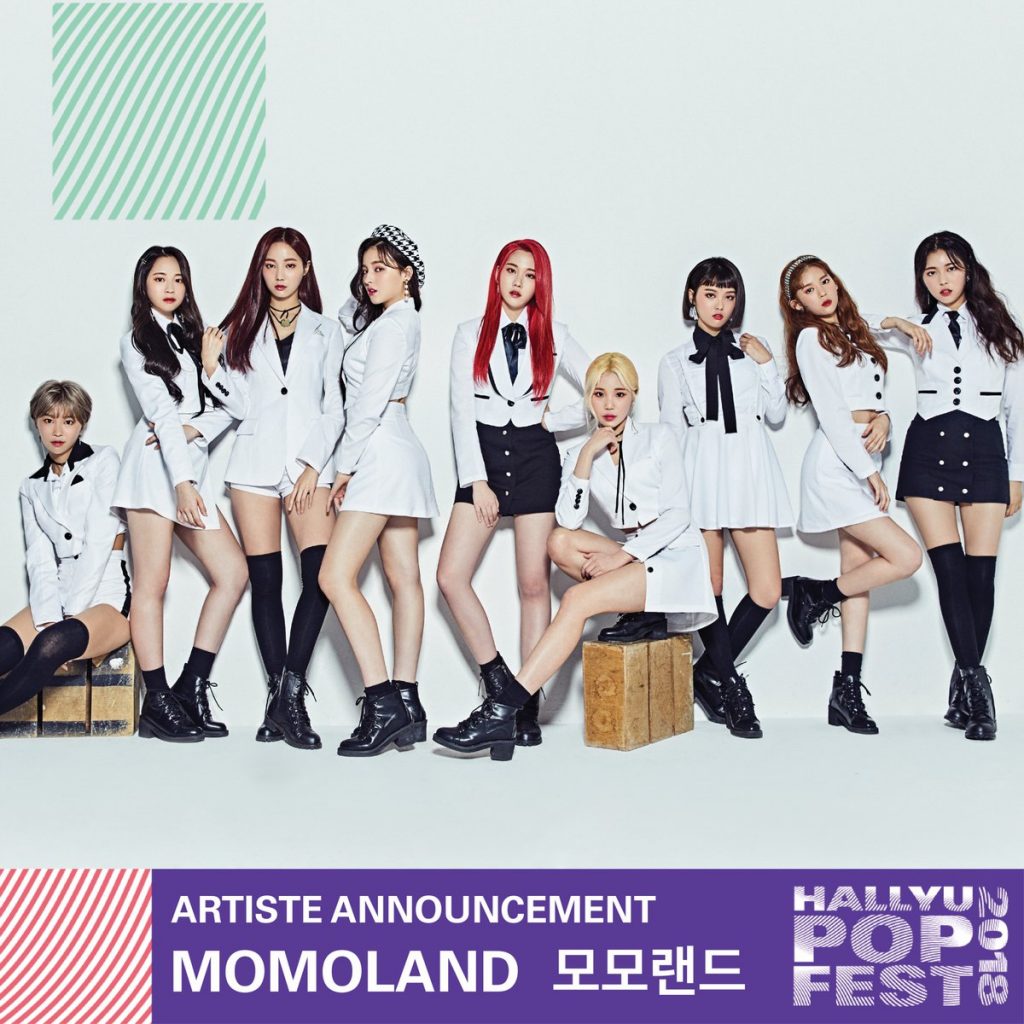 Joining Momoland on September 8 for the afternoon showcase is singer and former Produce 101 Season 2 contestant, Jeong Sewoon. Be ready to get mesmerized by the singer and his hit songs such as “Miracle” and “Never Mind”. 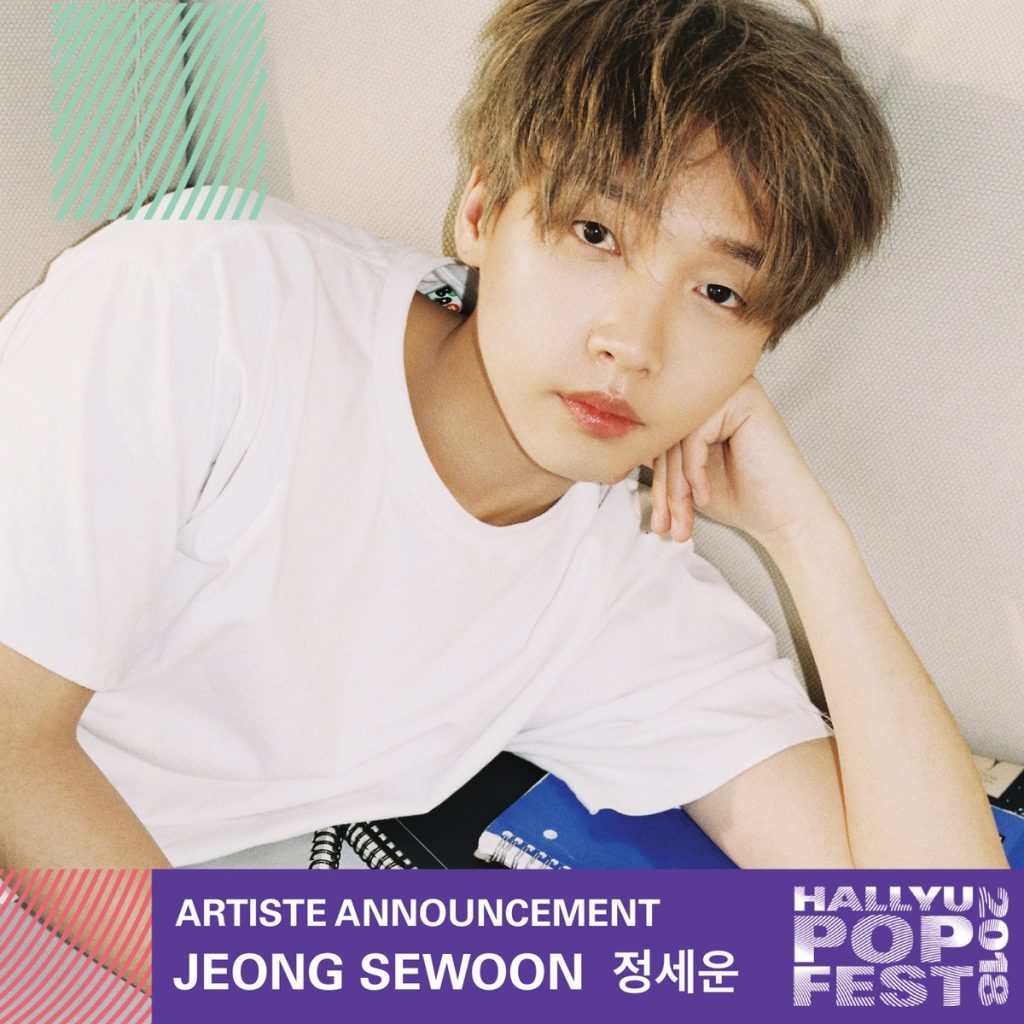 Jun, Euijin, Hojung, Feeldog, Daewon, Marco, Chan, Kijung, and Hansol will greet UNMes in Singapore on September 9 as one of the K-Pop acts to perform on the final day of HallyuPopFest 2018. UNB will surely win Singapore fans’ heart with jaw-dropping performances of songs from its debut album, Boyhood and second mini album, BLACK HEART. 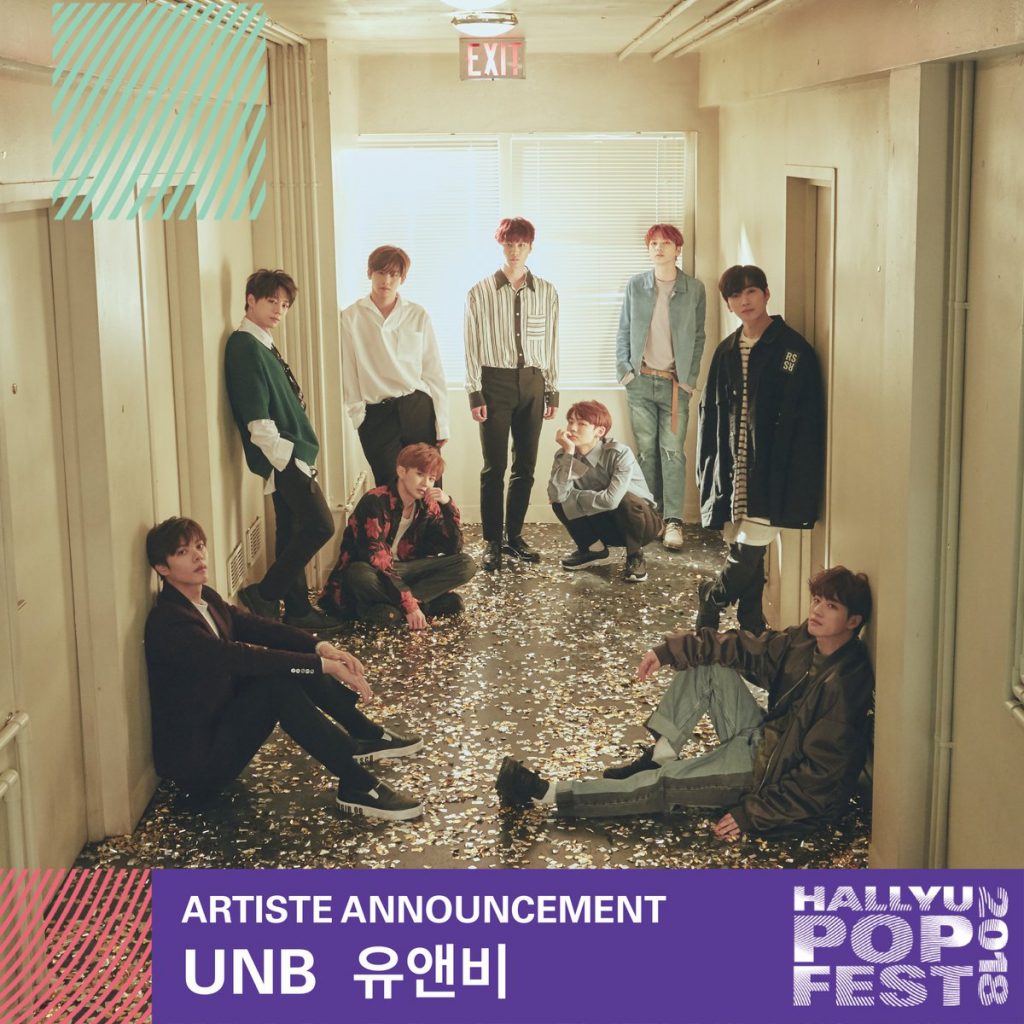 NCT 127 is going beyond Seoul and gearing up to take over Singapore Indoor Stadium on September 9, together with label mate, Taeyeon. Fans of Taeyong, Johnny, Yuta, Haechan, Mark, Doyoung, Taeil, Jaehyun, and Winwin will witness the limitless capabilities of the idols through their stages. 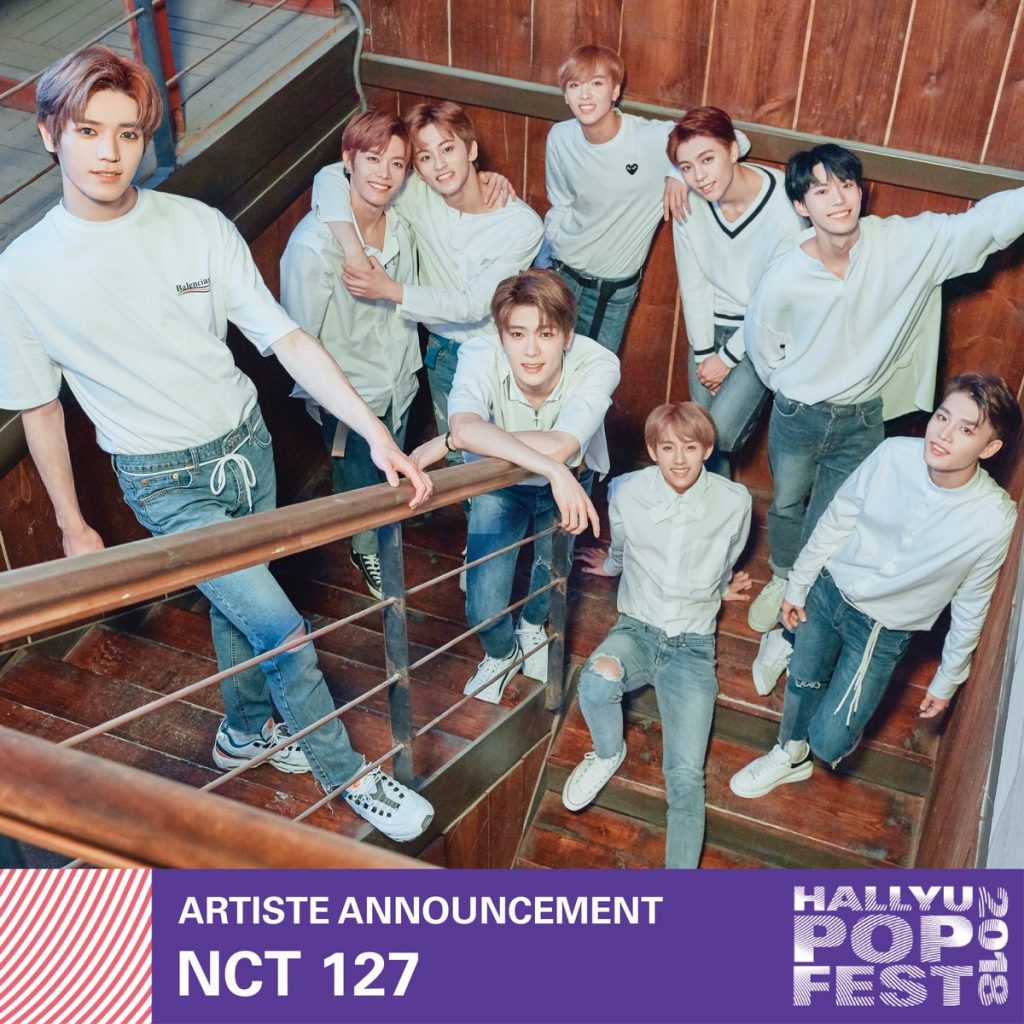 ONF will complete the festivities of the second day of HallyuPopFest 2018 as Hyojin, E-tion, J-Us, Wyatt, MK, U, and Laun join AOA, EXID, Soyou, Wanna One, and fellow first-time performer in Singapore, Snuper. 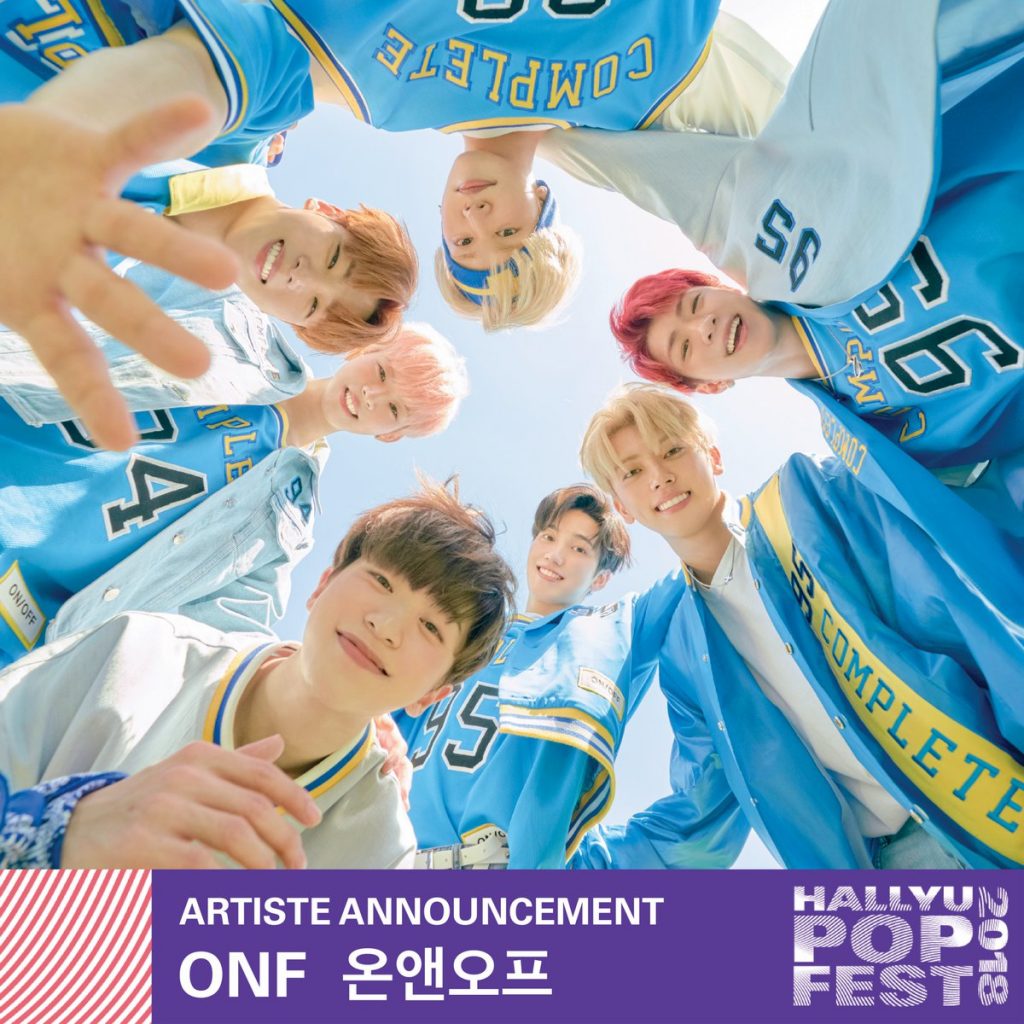 Suhyun, Sangil, Taewoong, Woosung, Sangho, and Sebin will take the energy at the K-Pop music festival higher than super with astonishing stages of Snuper’s songs. They will perform on September 8 as part of the lineup of the evening concert. 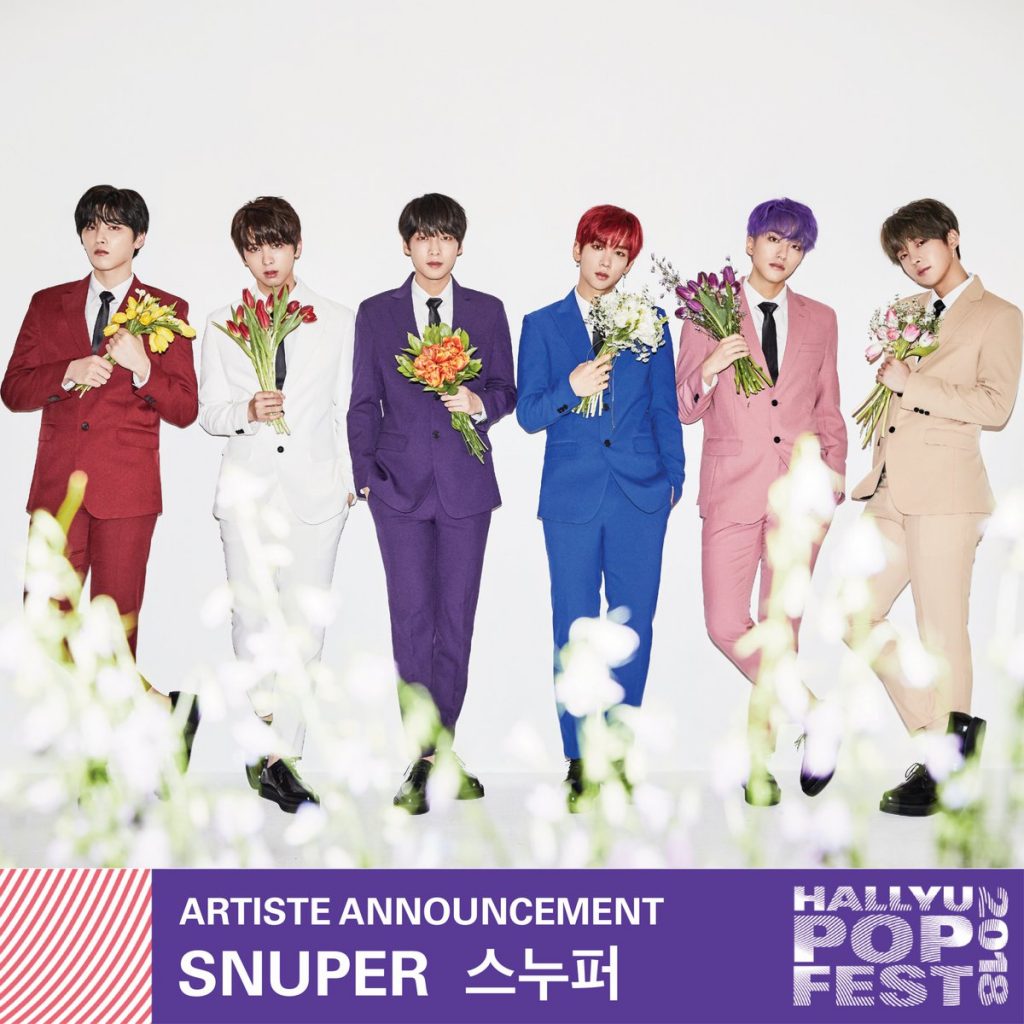 Be captivated by the charms of Taevin, Chunjin, Eunsu, Kookheon, Junseop, Yuvin, and Hanseul on September 9 as MYTEEN joins the afternoon showcases, together with Dream Catcher, who are also meeting Singapore fans for the first time. 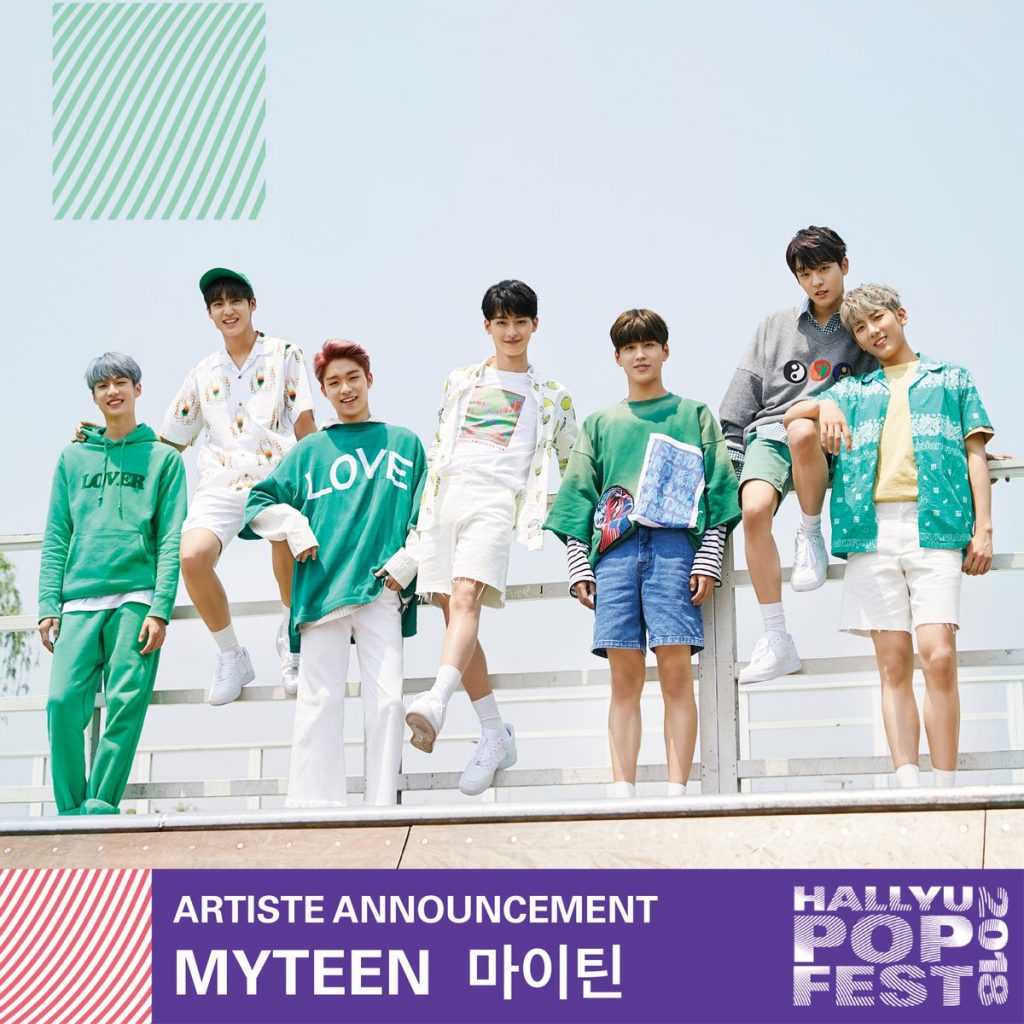 JIU, SuA, Siyeon, Handong, Yoohyeon, Dami, and Gahyeon will make their Singapore fans’ dream to see them live come true on September 9. Dream Catcher will be the final K-Pop acts, alongside MYTEEN, for the afternoon showcases of the event. 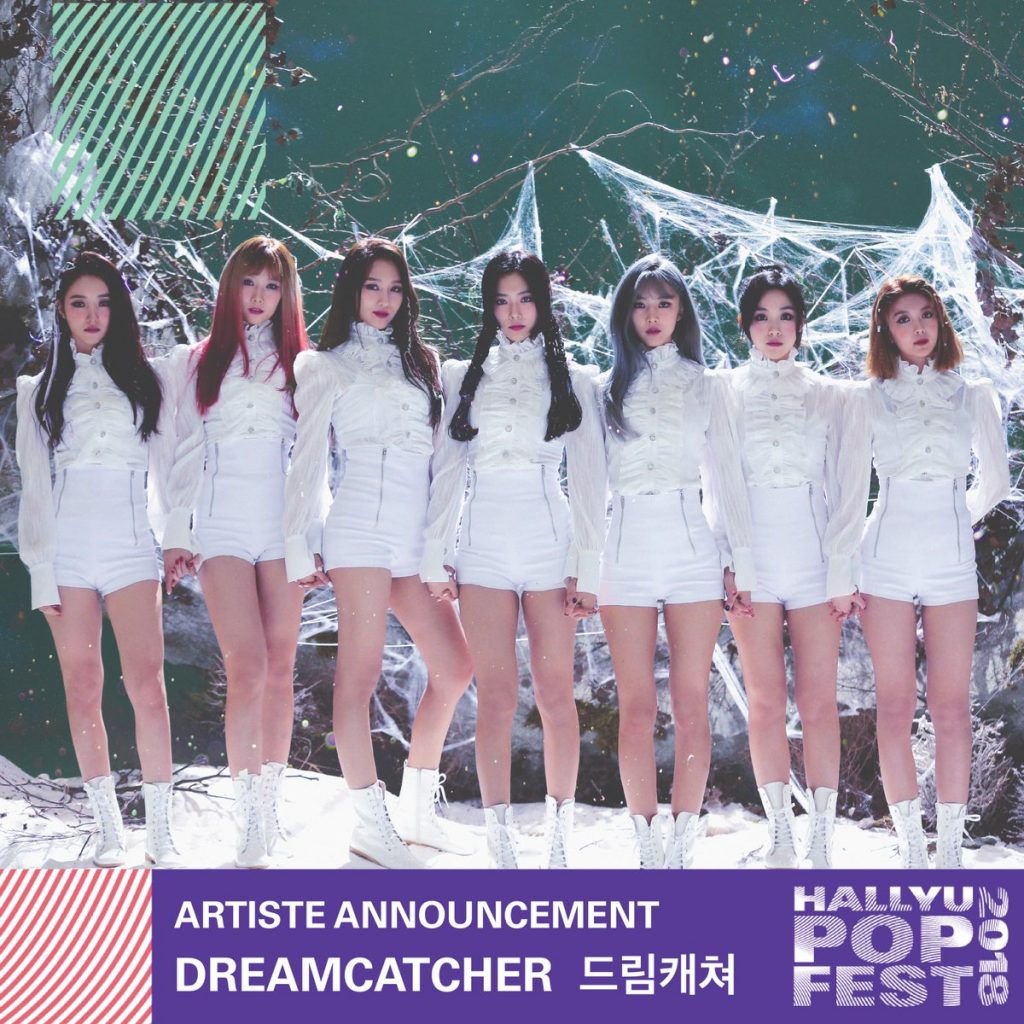 And last but most definitely not the least, chart-topping singer Heize will surely draw the crowd at the Singapore Indoor Stadium on September 9 as she performs her hit songs during the evening concert which she will share with BTOB, NCT 127, Taeyeon, and UNB. 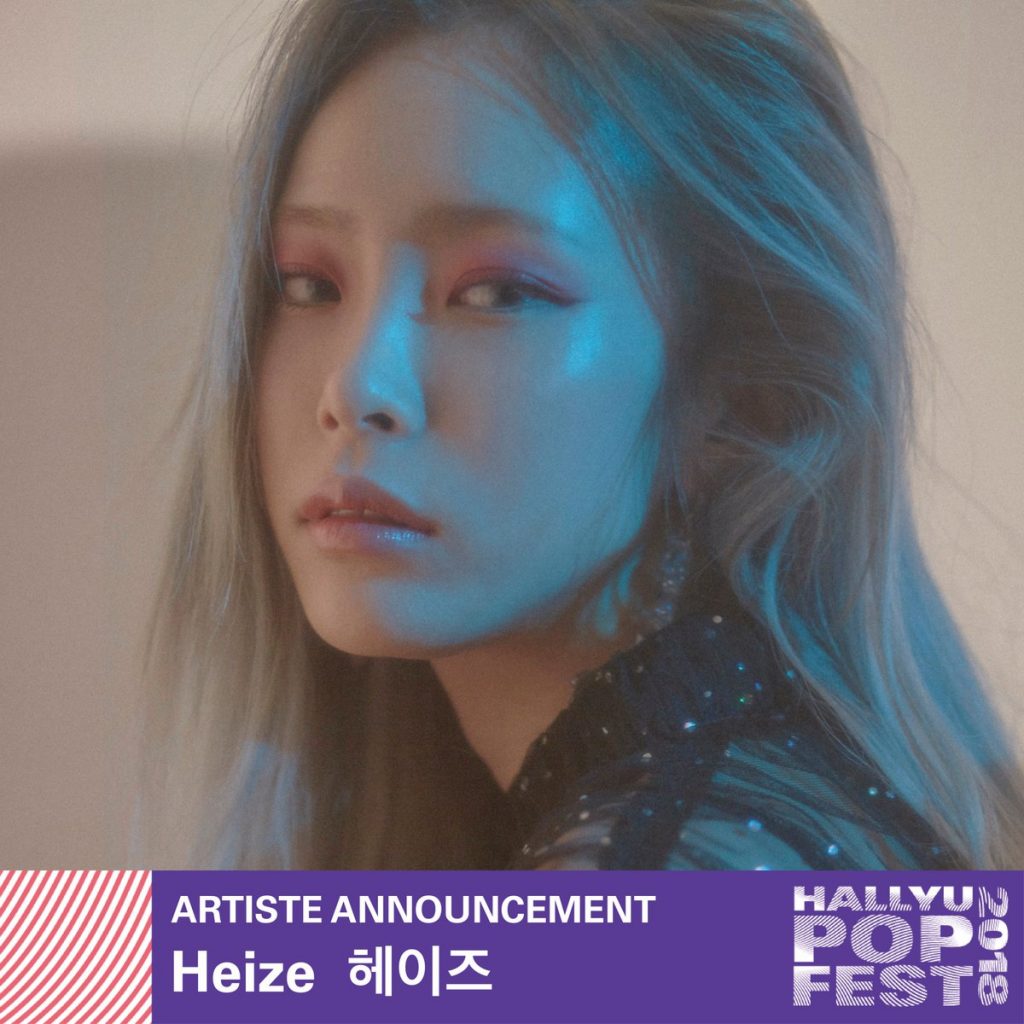 The list is complete – so be sure to welcome Yu Seungwoo, Victon, Momoland, Jeong Sewoon, UNB, NCT 127, ONF, Snuper, MYTEEN, Dream Catcher, and Heize with your warmest and loudest cheers as they heat up the three-day event!

HallyuPopFest 2018 is brought to fans by H.A.H. Entertainment, a Singapore-based entertainment firm founded by people with more than nine decades of entertainment experience and rooted with the aim to bring everything Hallyu to Southeast Asia. The K-Pop music festival is powered by Samsung Galaxy.