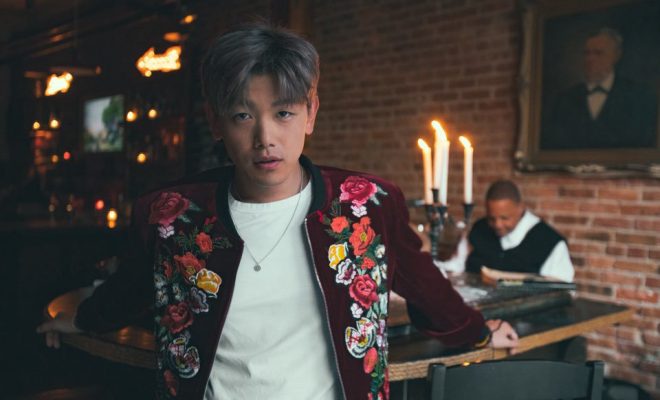 We The Fest 2018 is happening in a couple of days! Here, we recommend you 12 music acts you should check out at #WTF18. 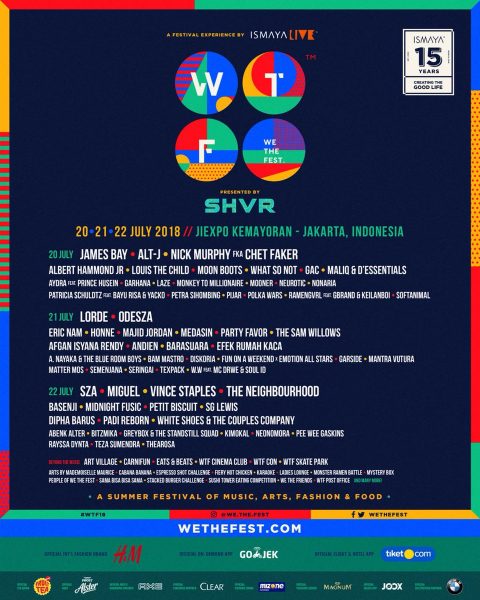 We The Fest 2018 is happening, and we are super excited! The amazing lineup, food, and other fun activities heightens the anticipation. We bet you are all looking forward to it as well.

Following the daily set times reveal, it becomes harder to decide which day is the best one. However, we can recommend you 12 music acts you should not miss!

English alternative singer James Bay commenced his music career through the release of EP The Dark of The Morning in 2013. The following year, he released another EP entitled Let It Go, which topped charts upon release. The popularity of said EP subsequently led Bay to receive his first award, BRIT Awards “Critics’ Choice” in 2015). In 2018, the guitarist released “Us”, a single featuring renowned soloist Alicia Keys.

Albert Hammond Jr., vocalist and guitarist of indie rock group The Strokes, made his solo debut in 2016 with album Yours to Keep. Ever since, he has been constantly dividing his time between his solo career and The Strokes. To date, Hammond has released four studio albums and one EP. His latest album, Francis Trouble, was released in 2018.

GAC consists of siblings Gamaliél and Audrey Tapiheru, and Cantika Abigail. Upon their single debut in 2010, the group gained significant attention because of their unique vocals, relatable lyrics, and strong relationship. To date, the trio has released a number of English tracks, including “I Want You” (2015), “Sailor” (2018), and the latest “Love Will Stay” (2018).

MALIQ & D’Essentials is indeed the embodiment of versatile. Ever since the group hit #1 in radio charts with single “Untitled” in 2005, they have attracted the attention of audiences from different age ranges due to their versatile tracks. Heartbreaks, in love, in a relationship – they have it all. Although the group have gone through member formation changes along more than 10 years of their musical journey, their performances highlight what musical passion is.

And answering the popular misconception about the band, “MALIQ” is an acronym for “Music and Live Instrument Quality” – not the name of their male lead vocal.

Eric Nam’s music career dates back to 2011 when his YouTube cover won him an invite to Birth of A Great Star, a Korean original television singing competition. Finishing as a top 5, the Atlanta born and raised singer released his first EP, Cloud 9, in 2013. Nam has been active not only in his singing career, but also through constant appearances on television shows.

Nam’s proficiency in different languages, such as Korean, English, Spanish, and Mandarin, has led him to interview famous international stars. Among them include Miranda Kerr, Emma Stone, and Andrew Garfield. He has also collaborated with popular musicians such as Timbaland (“Body”, 2016) and Gallant (“Cave Me In”, 2017).

Isyana Sarasvati shot to fame in 2014 with English single, “Keep Being You”. Despite having an impeccable track record in music, Isyana has been acknowledged for her humble and bubbly personality.

Rendy Pandugo, once member of a duo called DiDa, kicked off his solo career through popular platform SoundCloud. He has released one full-length studio album, The Journey, featuring melodies and lyrics he wrote between 2012 and 2015, hence the title.

The three united through a valentine’s day collaboration track, “Heaven”.

It’s a three in one deal, so why not see them live?

Bam Mastro, Vocalist of indie band Elephant Kind, ventured as a solo artist with single “Idols” in 2017. Different from Elephant Kind’s rather rock approach to music, Bam’s voice stands more on the R&B and alternative range. If you love alternative music, this one is for you!

American R&B singer Miguel made different attempts to enter the music industry before finally releasing his first album, All I Want is You, in 2010. The following year, he released his second album called Kaleidoscope Dream. Singles from said EP, such as “Adorn” and “Do You…” became hit tracks and peaked many music charts. His latest album, War & Leisure, was released late in 2017.

Among SZA’s notable works include “All The Stars” with Kendrick Lamar, official soundtrack of hit movie Black Panther.

Indonesian disc jockey Dipha Barus gained International attention through single “No One Can Stop Us” (2016). Ever since, Dipha has worked with many popular musicians both domestic and internationally, the most breakthrough being that he remixed Lauv’s “Easy Love”.

Although Teza Sumendra made his TV debut through Indonesian Idol season 3 (2006), it was not until 2015 that he released his first studio album named after himself. Teza has gained praises for his rather sexy singing style. R&B lovers, do not miss this one!