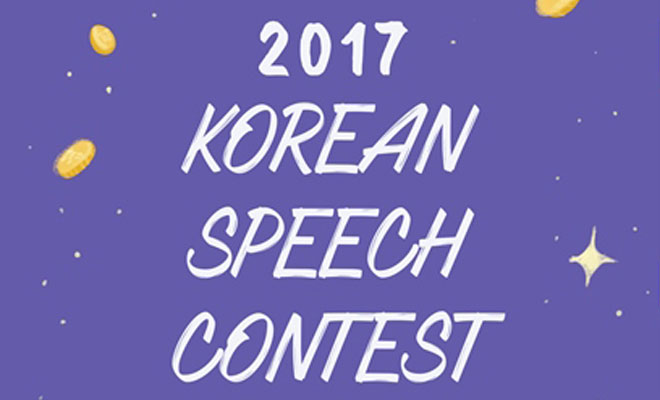 Application For 2017 Korean Speech Contest Opens In The Philippines

Win a round-trip ticket to Korea and cash prize!

Filipinos fluent in speaking Korean language are once again invited to take part in the ‘2017 Korean Speech Contest’.

Organized by The Korean Cultural Center in the Philippines (KCC), United Korean Community Association (UKCA), and University of the Philippines, interested parties are required to compose an original speech that would relate to the main topic of “My Treasure”. 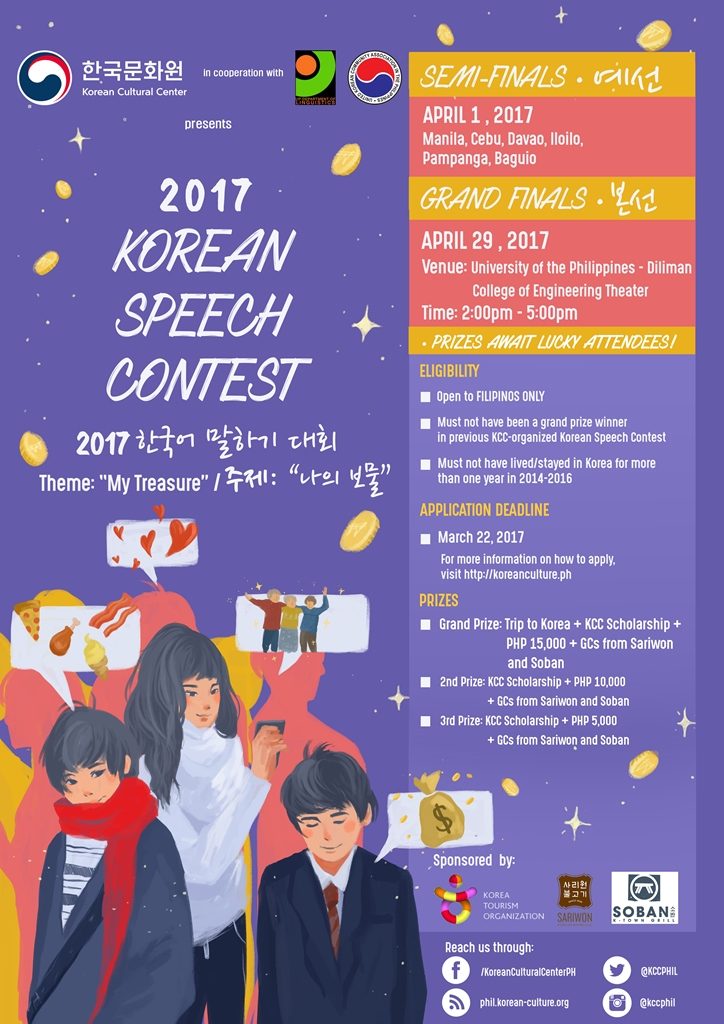 The length of the speech must be a minimum of four minutes to a maximum of five minutes. Speech content must be originally composed by the contestant, and is not plagiarized from previous works.

Applicants may submit their forms on or before March 22, 2017, with the announcement of qualified applicants on March 25.

Contest is open to Filipino citizens of all ages with good proficiency in Korean language. They must not have lived or stayed in Korea for more than one year in the past three years.

In 2016, the Korean Speech Contest was held together with TESDA, the Korean Community Associations, and Ateneo De Manila University.

This year KCC will be holding the ‘2017 Korean Speech Contest’ regional competitions on April 1 in the cities of Cebu, Davao, Iloilo, Baguio, Pampanga, and Manila.

Winners of the regional leg will compete in the grand finals, which will be held on April 29 at University of the Philippines (UP) Diliman.

Regional grand prize winners will win 5,000 pesos and a round trip to Manila to compete in the grand finals.

The grand winner for the grand finals competition will win a round trip to South Korea, courtesy of Korean Tourism Organization, and a cash prize of 15,000 pesos.

Complete guidelines of the contest are available at koreanculture.ph. For further information and queries on the guidelines, please contact the Korean Cultural Center at 02 555-1711 or email [email protected].