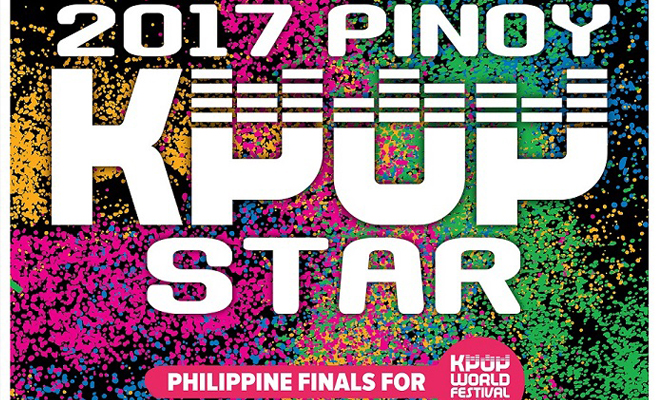 KCC in the Philippines

The next potential K-Pop talent coming from the Philippines, who are you rooting for?

After screening hundreds of audition entries, the Korean Cultural Center in the Philippines (KCC) has released the list of competing individuals and performance groups for the 2017 Pinoy Kpop Star competition. 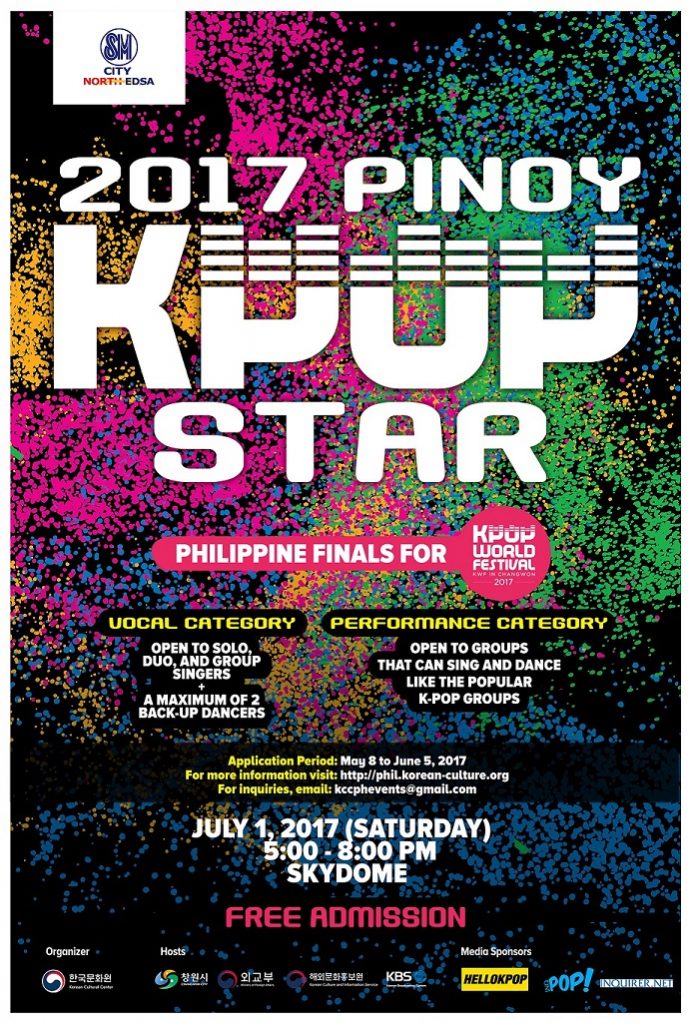 For the performance category, Kpop cover groups Class B, Campus Royalties, Fatal, GFries, Indigo, Saturn9ne, So Nice, Volo Pro Peritas, Whistlers, and Xyndria will be competing against each other.

The grand prize winners of both performance and vocal categories will each receive 20,000 pesos, and represent the Philippines in the 1st Round of Semi-Finals (online) of the 2017 K-POP World Festival in Changwon, South Korea.

Hellokpop is a proud media partner to the 2017 Pinoy Kpop Star, which will be held on July 1, 2017 a Skydome SM City North EDSA.