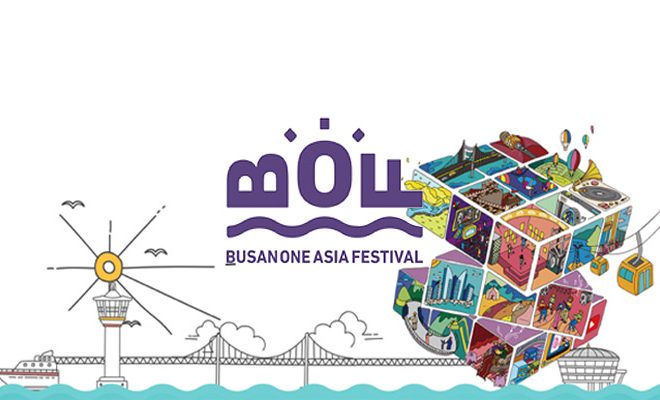 Photo from Busan One Asia Festival

The upcoming 2019 Busan One Asia Festival will be filled by performances from a lot of your favourite K-Pop stars!

2019 Busan One Asia Festival announced the performer lineup for its upcoming opening and closing ceremony this October! 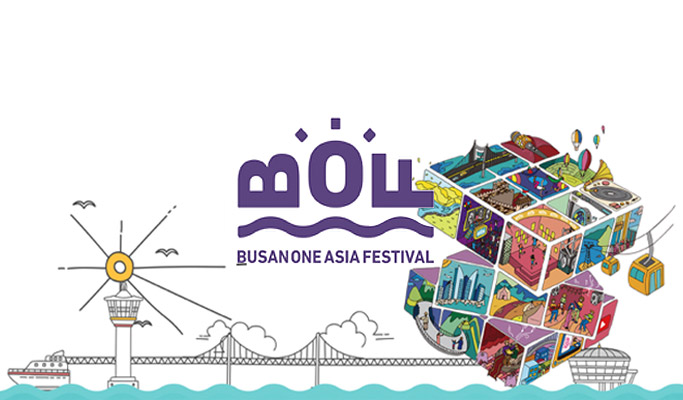 Opening the show on October 19, fans can expect superb performances from the explosion of huge boy groups on the new lineup – namely, Super Junior, NU’EST, ONF, The Boyz, ASTRO, and Golden Child.

The festival will also have a grand finale on October 25 with its closing ceremony full of exciting performances from Kim Tae Woo, UP10TION, D1CE, Newkidd, and GWSN. Busan’s pride and joy Kang Daniel will also be taking the stage to make his hometown’s festival become a music celebration like no other even more.

Both ceremonies will be held at the Hwamyeong Eco Park. Additionally, fan meetings will also be held on October 21 and 22 in F1963 for solo artist Yong Joo and Newkidd. 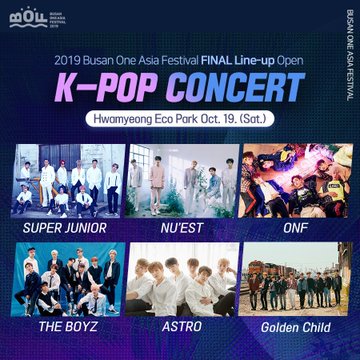 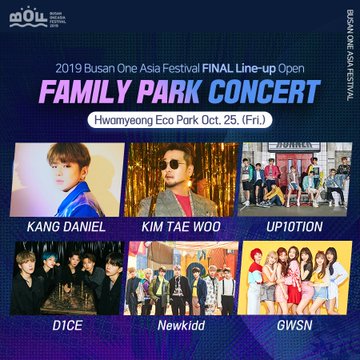 The 2019 Busan One Asia Festival earlier announced performances from Stray Kids, ATEEZ, (G)I-DLE, MAMAMOO, GFRIEND, AB6IX, ITZY, and Ha Sung Woon for the opening ceremony on the 19th – which will be hosted by Kim Jae Hwan and gugudan’s Sejeong.

Meanwhile, Gummy, Ailee, Lovelyz, Stray Kids, and JBJ95 were previously announced to be performing at the festival’s closing concert on October 25, which will be hosted by UP10TION’s Lee Jin Hyuk and Lovelyz’ Sujeong.

Busan One Asia Festival, more popular as the BOF, is the biggest Hallyu festival held in Busan every year with the entire city adding to the various festivities. Besides the shows in Hwamyung Ecological Park, fans can also expect various happenings connected to the event in other famous public areas in the city including Haeundae Beach and Busan Cinema.

Photos from Busan One Asia Festival

Hellokpop, as an independent Korean entertainment news website (without influence from any agency or corporation), we need your support! If you have enjoyed our work, consider to support us with a one-time or recurring donation from as low as US$5 to keep our site going! Donate securely below via Stripe, Paypal, Apple Pay or Google Wallet.
FacebookTwitter
SubscribeGoogleWhatsappPinterestDiggRedditStumbleuponVkWeiboPocketTumblrMailMeneameOdnoklassniki
Related Items2019 Busan One Asia FestivalastroD1CEGolden ChildGWSNKang DanielKim Tae-wooNewkiddNU'ESTONFSuper JuniorThe Boyzup10tion
← Previous Story BTOB’s Hyunsik Spices Up “Rendez-Vous” Solo Debut Countdown With Tracklist
Next Story → Taeyeon To Grace The Sound Waves With A Shiny October Comeback