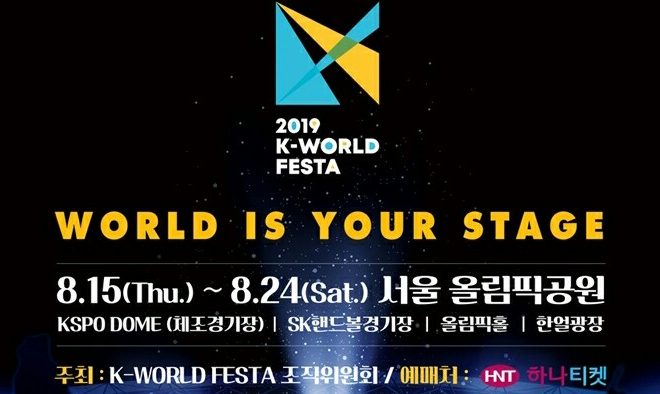 The 2019 K-World Festa is looking to be one of the most spectacular K-Pop celebrations this year!

The 2019 K-World Festa announced its jam-packed roster of performers for its opening and closing ceremonies as part of its ten-day celebration of K-Pop music this season! 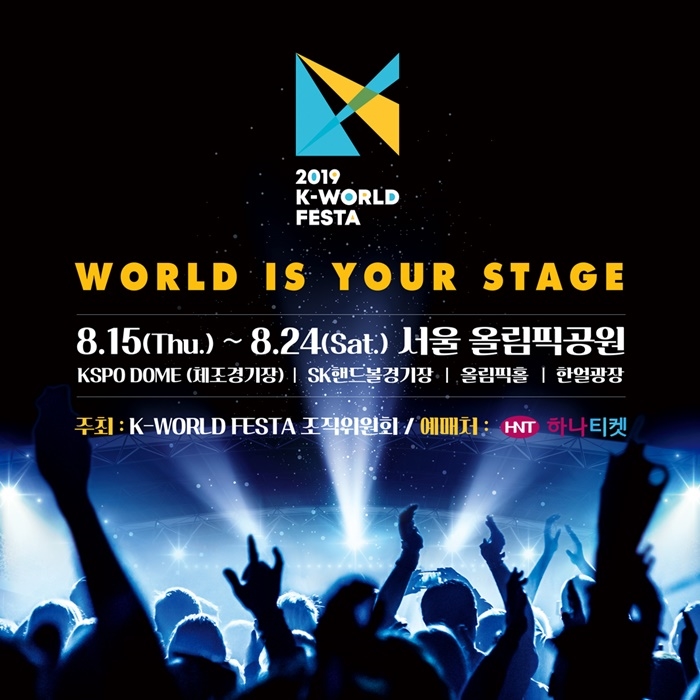 Bringing over K-Pop fans and stars through various programs including concerts, award ceremonies, fan meeting events, and exclusive fan zone areas, the huge festival will take Seoul by storm as it gears up to become one of 2019’s biggest K-Pop celebration.

Spanning ten days, the festival will take place from August 15 to 24. The events will be held at a number of venues varying per day – namely Seoul Olympic Park, which houses the KSPO DOME (Gymnastics Arena), SK Handball Stadium, Olympic Hall and Haneul Plaza.

Kicking off the festivity, the opening ceremony will take place on August 15 at the KSPO Dome. Additionally, it will feature performances from the following artists:

Following its launch, the second day of the opening ceremony will continue to showcase explosive stages at the KSPO Dome on August 16. The lineup of the artist are as follows:

The festival’s closing ceremony will also take place at the KSPO Dome and is scheduled on August 24. K-Pop artists that are scheduled to perform are as follows:

Meanwhile, the 2019 Soribada Best K-Music Awards will happen from August 22 to 23 at the KSPO DOME as well.

Lastly, an exclusive concert from Kim Jaejoong will take place on August 24 at the SK Handball Stadium.

Ticketing details for the event are yet to be released – so stay tuned.