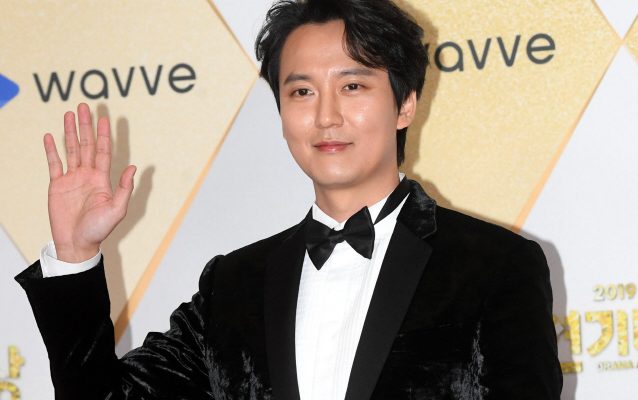 With his portrayal of a hot-tempered priest in the highly popular drama The Fiery Priest, Kim Nam Gil bags his first ever Daesang at the 2019 SBS Drama Awards.

Hosted by Shin Dong Hyeop and Jang Na Ra, the award ceremony was held on December 31, 2019 at SBS Prism Tower in Sangam-dong.

SBS Drama Awards is an award ceremony which takes place annually to acknowledge the most outstanding performances for the dramas that were aired on its network. The biggest award for the night is the Grand Prize also known as the Daesang.

The Fiery Priest took home a total of eight awards including the Daesang won by Kim Nam Gil at the 2019 SBS Drama Awards.

Kim Nam Gil begins his acceptance speech by congratulating all the fellow actors who had won the awards.

In his speech, Kim Nam Gil said, ” The actors all seem to have similar thoughts. I am not someone who dwell on big or small things.”

Getting emotional he further adds, “It’s been a while, but I’m so grateful to the viewers who loved me so much. Actors want their work to be loved and not want to be ignored by many people. Standing in front of a camera and acting can be considered as a natural thing to do for the actors since it is our profession, but sometimes I needed courage. ”

He further expresses his gratitude towards drama team and said, “Thank you to the enthusiastic team that encouraged me and helped me reach here. I think it is hard to meet with a good staff and a director but it is even harder to meet good fellow actors.”

Ending the speech on a positive note, he wished for everyone to meet good people in 2020.

Kim Nam Gil has been in the acting for two decades. He rose to fame from his supporting role in the historical drama Queen Seondeok which is one of the highest rated TV series peaking at over 40%. He is also known for his performances in Bad Guy, Shark and Live Up To Your Name.

As she got on stage Jang Na Ra thanked the viewers who watched VIP. She also thanked the VIP team whom she acknowledged to be a great support force while working on the drama.

The Top Excellence Award in Miniseries were awarded to Lee Seung Gi and Suzy respectively for their roles in Vagabond.

Additionally, the duo also won the Best Couple Award at the 2019 SBS Drama Awards. Besides this, Vagabond received award for Hallyu Content.

Lee Seung Gi in his speech acknowledges the entire team and says, “Thank you to the actors, directors, and writers who are firmly helping each other despite the situation where they may be tired and somewhat less nervous for the shooting.”

He also thanked his fans and said, “I’ll do my best in the future. I’ll greet you with good work next year.”

Suzy also acknowledges the staff of Vagabond for their dedication during the entire time of shooting. She adds, “Vagabond is a work that has a special affection for me. I have been shooting for a long time for a year, so I have a lot of precious memories.”

The recipients of the Top Excellence award in a mid-length drama series are Jo Jung Suk for Nokdu Flower and Lee Ha Nee for The Fiery Priest.

As he accepted the award, Jo Jung Suk thanks the viewers. He said, “I’m lucky to have worked on Nokdu Flower which dealt with meaningful times. Nokdu Flower focuses on the time period that I wanted to know about more. It was a time of crying and laughing deeply. ”

He also thanked the staff, his acquaintances and family members. He also mentioned his wife Gummy who despite being busy with preparation of her year-end concert has also been taking care of him.

Lee Ha Nee talks about not on dwelling on acknowledgments. She also proceeds to mention her parents who are raising her daughter and added her family and friends to the acknowledgements.

Speaking about the drama she said, “The Fiery Priest team was really good at teamwork. Looking at it, my heart was palpable.”

The Top Excellence award in a long drama were awarded to Seo Do Young and Shim Lee Young respectively for their performances in Want A Taste?

For the Best Supporting Actress category, there were two winners. The award was given to Lee Chung Ah for VIP and Moon Jung Hee for Vagabond.

Below is the list of winners at the 2019 SBS Drama Awards: