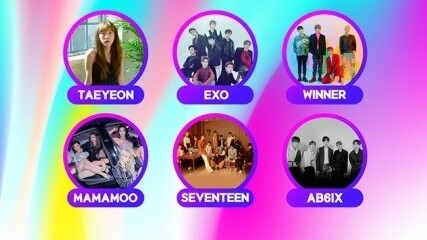 SBS just dropped the list of K-Pop artists, who will be gracing the stage at the upcoming 2019 SBS Super Concert in Hong Kong. 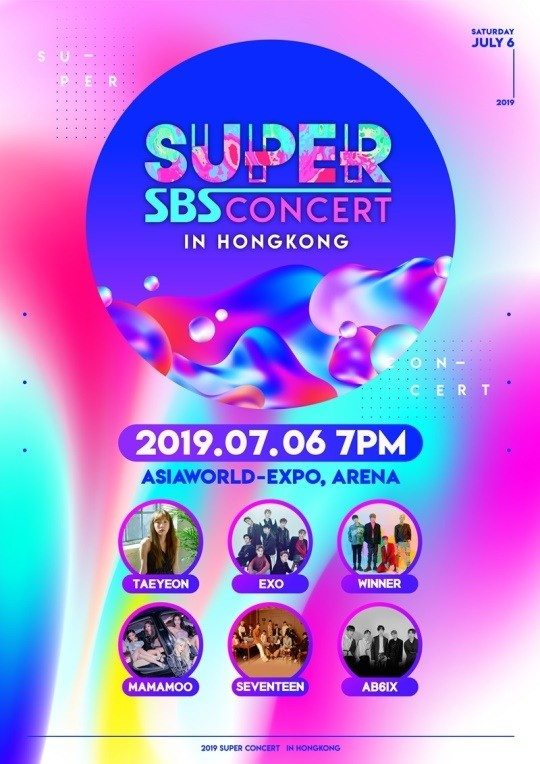 Set to take place on July 6 at the Asia World Expo Arena, the spectacular music festival will feature some of the industry’s “super” groups and artists on its stage once again.

Included in its star-studded line-up is vocal queen Taeyeon of SNSD, who will take the reins on her own, with her soothingly beautiful and enchanting voice as made evident by her stint as a solo artist.

Her labelmates EXO will also go up on stage with their powerful performances as one of K-Pop’s top boy groups, shooting fans with love as they jive together to the group’s tempo.

Additionally, WINNER will make the Hong Kong crowd go wild with their “really, really” remarkable stages featuring their catchy, chart-topping hits. Another boy group taking over will be SEVENTEEN, who is set to show just how at “home” they are on stage as they get closer to fans with various showcases of their round of talents.

MAMAMOO will also add to the girl power exuded by the event, with their eye-catching performances overflowing of charisma and brimming with energy. Finally, upcoming rookie group AB6IX, who is currently gearing up to make their much-awaited debut, will also show off their talent as they join the list of superb performers for the event.

READ: Meet The K-pop Idols Who Will Perform At The SBS Inkigayo Super Concert 2019

Earlier on, the SBS Super Concert series for this year kicked off in Gwangju on April 28, with a successful one-night show filled with performances from current K-Pop biggest names as well.

Hellokpop, as an independent Korean entertainment news website (without influence from any agency or corporation), we need your support! If you have enjoyed our work, consider to support us with a one-time or recurring donation from as low as US$5 to keep our site going! Donate securely below via Stripe, Paypal, Apple Pay or Google Wallet.
FacebookTwitter
SubscribeGoogleWhatsappPinterestDiggRedditStumbleuponVkWeiboPocketTumblrMailMeneameOdnoklassniki
Related Itemsab6ixEXOMAMAMOOSeventeenSNSDTaeyeonWinner
← Previous Story Super Junior’s Kyuhyun To Make His Solo Debut At The “Seoul Jazz Festival 2019”
Next Story → TWICE Shines Light On United States And Malaysia Leg Of World Tour