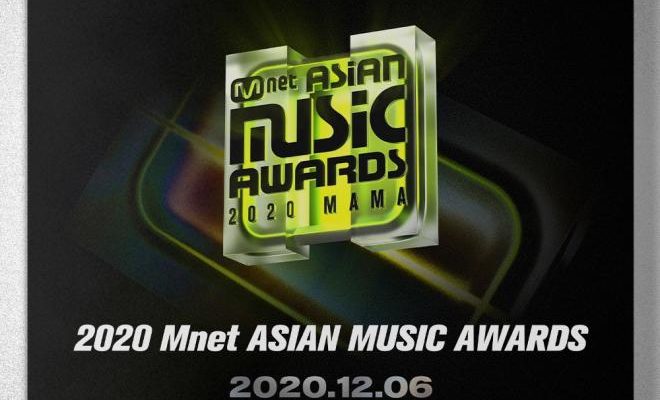 Don’t forget to cast your votes for MAMA 2020 before time runs out!

2020 MAMA is almost here and that means voting will close up soon. With that in mind, here is a quick update on the current rankings. Remember to continue voting, you never know how things might turn out at the end!

So far, there is not much change since last week. Fans continue to vote for their favorite artists and making sure to secure the top spots that have been established so far.

BTS continues to dominate on five categories, including the two big ones “Artist of the Year” and “Song of the Year”, showcasing the group’s popularity.

BLACPINK stays strong on their all-female nominations with TWICE running on second place. IU fans also do not give up her number 1 spot, showing their love and support for the talented singer.

TREASURE continues to have a tremendous lead for the male rookie group awards, whereas SECRET NUMBER leads for the female one.

BAEKHYUN is leading for “Best Male Artist” and HWASA is shining on the “Best Dance Performance Solo” category. TAEMIN is following second on both, will his fans be able to turn things in just a few days?

Meanwhile, DAY6 and GAHO seem to have secured their respective nominations as well, leading with not a small amount of votes. 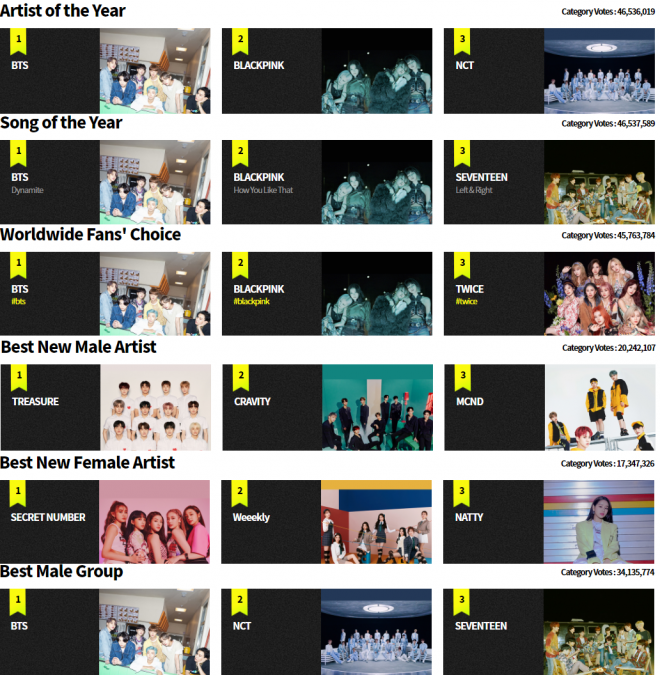 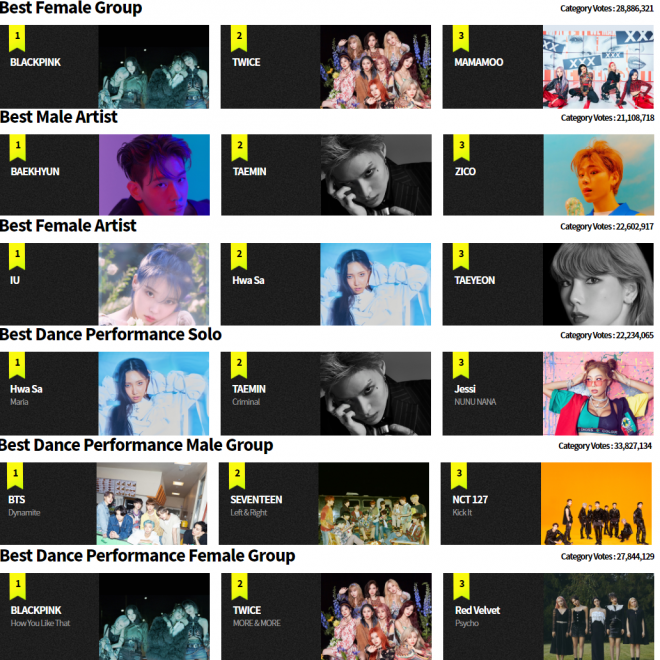 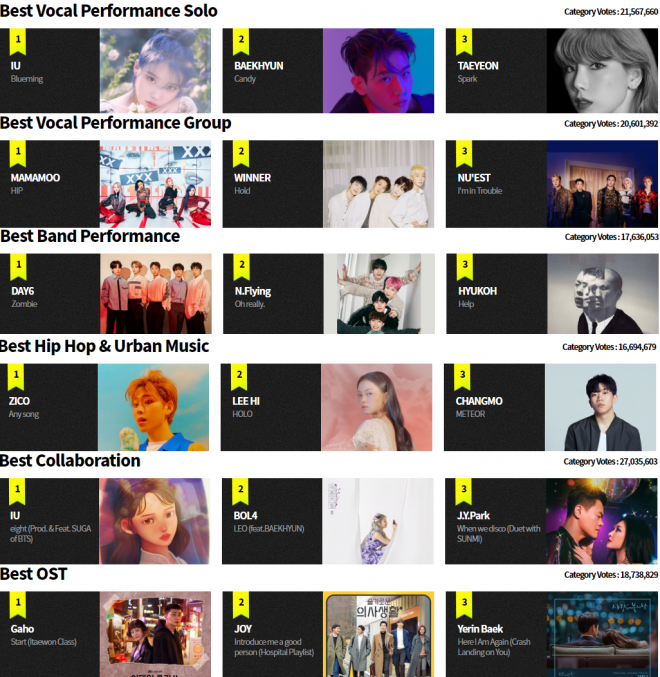 To continue supporting your favorites until the end, go to the 2020 MAMA official website and log in to cast your vote. In order for it to go through, you are required to vote for the two  mandatory categories “Artist of the Year” and “Song of the Year.” You can only do that once a day per account, so choose your pick wisely.

In addition, fans can also vote on Twitter, using a registered and public account. To do that, write the official hashtags (#MAMAVOTE) & the artist’s official hashtag (#artistname) in order for the vote to be accepted. Once again, this can be done only once per day and account.

Also, keep in mind that 2020 MAMA has a star-studded lineup of artists that will lit the stage on December 6 with their performances. That gives everyone one more reason to watch and anticipate the ceremony.

In addition, HELLOKPOP is giving a couple lucky fans the chance to win a signed album by 2020 MAMA artist nominees. This exclusive giveaway is held through the official HELLOKPOP Twitter and is running until December 5. 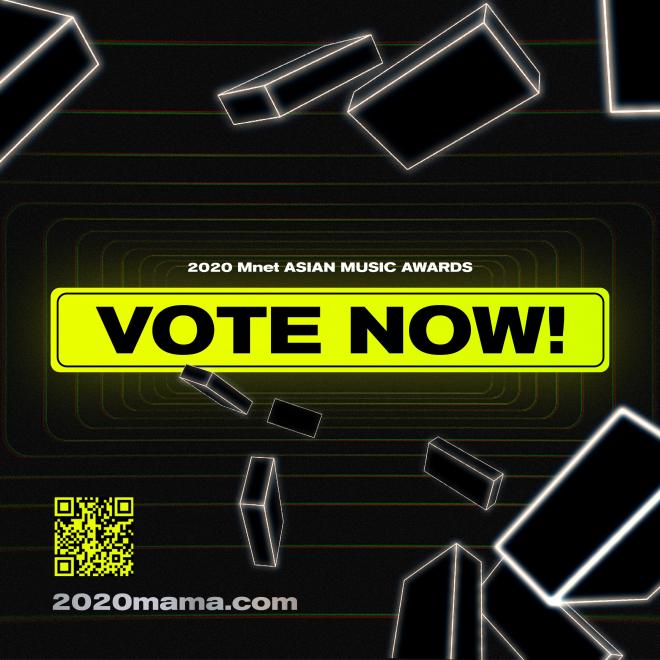