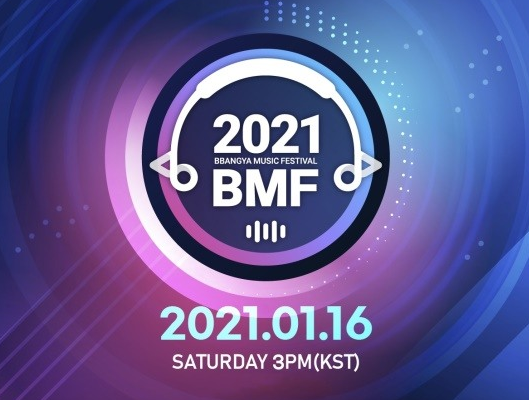 The BBANGYA MUSIC FESTIVAL, otherwise known as the 2021 BMF, unveils the first lineup for the digital event. This will be the first online streaming concert hosted by BBANGYA TV, a Korean streaming platform that is showing remarkable progress and popularity in the country. Its first performing artists include sensational boy-groups MONSTA X and AB6IX. 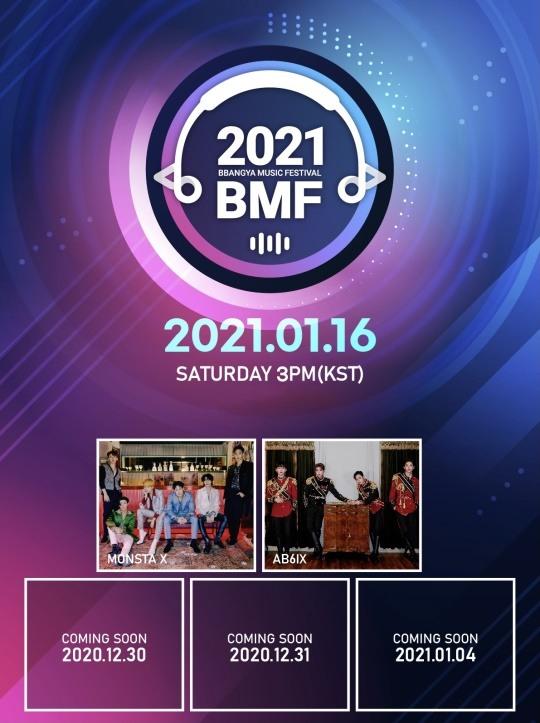 The 2021 BMF will broadcast on its streaming platform on January 16 at 3PM KST. In consideration for its younger audiences, BBANGYA TV has set ticket prices as low as 11,000 won.

The announcement of MONSTA X’s participation in the 2021 BMF has all eyes drawn to the event. Recently, the group was named in TIME‘s list of best K-pop songs and albums of 2020, for their album All About Love. Moreover, in June, the group was the headlining performer for TIME 100Talks, highlighting leaders of global influence and providing them a meeting place to discuss global issues.

Additionally, the group won the grand prize of “Stage of the Year” during the 2020 Asia Artist Awards, while earning the nickname “performance masters”, for their special sword stage during the 2020 Gayo Daejeon.

AB6IX also joins the 2021 BMF lineup. The four-member group from Brand New Music includes members Park Woojin, Lee Daehwi, and Kim Donghyun, who were selected from Produce 101 during its second season, in addition to member Jeon Woong. The group debuted on May 22 2019, gathering admiration as all members directly participate in the lyric-writing, composition, and production of their own music.

AB6IX recently achieved many awards during year-end ceremonies. This includes winning the “AAA Icon Award” at the 2020 Asia Artist Awards. Despite their recent debut, the group has encountered rising success throughout promotions, asserting themselves as a top group to look out for.

Meanwhile, fans can purchase tickets for the 2021 BMF on BBANGYA TV’s website after signing up for an account. Viewers can purchase only one ticket per account. An additional three artists will join the existing lineup, increasing excitement for the event.