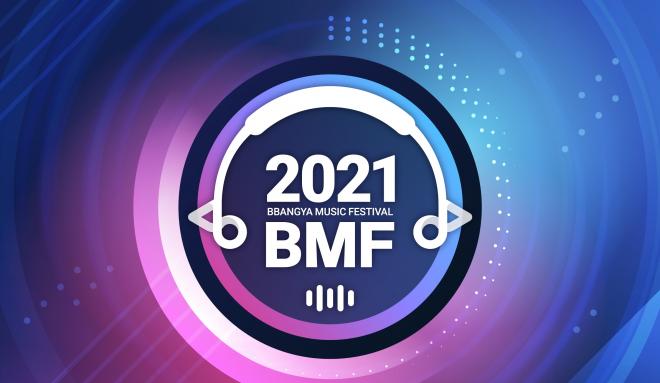 The 2021 BBANGYA Music Festival, (2021 BMF), delivered high-quality stages to fans all around the globe. BBANGYATV, a Korean streaming platform, hosted the event, as it was also its first online streaming concert. 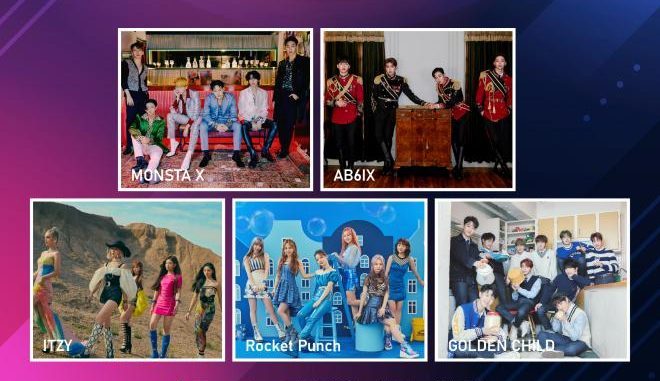 The festival included some of K-pop’s well-known and loved groups, which took upon themselves to bring the best experience for the viewers. The lineup included the astounding Monsta X, AB6IX, Golden Child, Rocket Punch and ITZY.

Each group performed five brilliant tracks that entertained fans who tuned it for the concert. From hit songs to some b-side tracks, they delivered a colorful range of music to enjoy. In addition, between the stages, small interviews and talks with the idols took place to further engage the audience.

AB6IX’s Daehwi took the role of an MC during the event, interacting with all the present artists. Since it was a show that had only one group at a time on stage, a fun “game” was created in order to connect them. Each group left a question for the following artists, which were delivered by MC Daehwi. 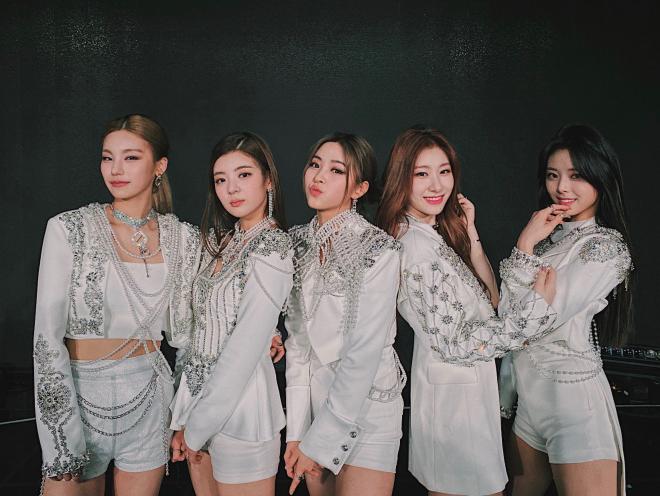 Girl group ITZY opened the concert with their performance of “Not Shy”, the group’s latest hit. They showed powerful stages with great dancing and vocal skills. The artists presented some of their hit and much loved tracks like “Dalla Dalla”, “Be In Love”, “Icy” and “Wannabe”.

With a strong opening, the girls put the start to a promising concert. Aside from the stages which delivered appealing choreography, they sat down for their “Be in Love” stage, portraying another lovely charm.

Above all, ITZY drew attention with catchy beats and confident moves. The girls were not shy to show how talented they are during each and every song. It nearly felt like they were trying to transfer some self-esteem onto the viewers as well, and bring up their spirits.

The group took short breaks between tracks to have a little talk with the MC. Just like the following artists, the idols did not forget to mention their fans and the love, and appreciation they hold for them.

Another big topic that was mentioned was the lack of seeing the fandoms in person, wishing for that to become possible soon. 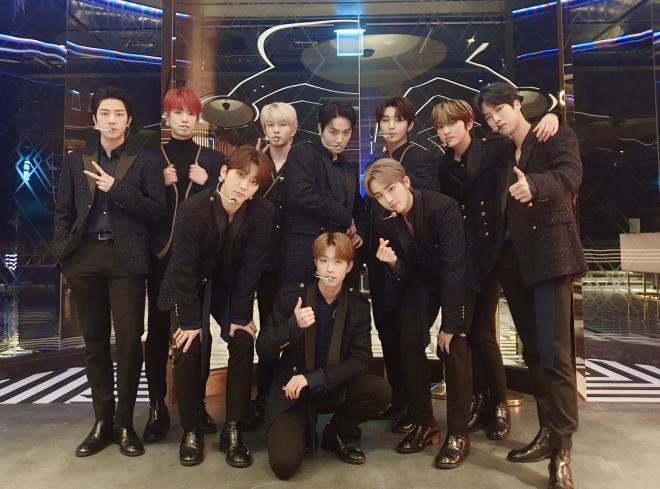 Next up in the concert is the talented boys from Golden Child and their song “Wannabe”. The group showed its unique colors through their magnetic pick of tracks such as “Without You”, “One (Lucid Dream)”, “OMG” and “Pump It Up”.

Boasting a diversity of charisma, they showed their sensuous and compelling dances that let them shine in a more mature way. Not only their dancing, but also their vocal and rap abilities stood out.

After the three songs with a more grown up feel to them, the boys switched things up with their livelier tracks. Golden Child served refreshing aura that pops out especially well in music pieces like “OMG” and “Pump It Up”, which they took for a spin during the festival.

The idols showed contrasting performances filled with lots of energy and the boys’ excitement. Overall, their charms burned bright throughout their screen time, leaving fans in awe.

In addition, during their short talks with MC Daehwi in between songs, the group briefly spoke about its upcoming album. They even gave out a short spoiler for their new song, hyping fans further and making them crave more. 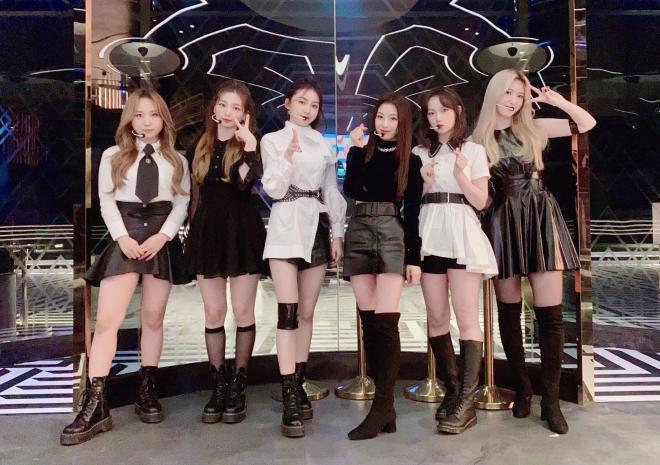 Following their seniors from the same company, Rocket Punch were the next group to take on the stage of 2020 BMF. The girls started with the fun and up-beat “Bouncy”, taking over with their own freshness.

Talent and appeal were everywhere during the five music numbers that the idols brought to the festival. The artists shined with powerful vocals delivered from each member, and added flawless dancing to match.

They carried on with “The The” and “Twinkle Star”, both from their last album Blue Punch. Combined with the pretty choice of clothes, the stages were filled with energy unique to Rocket Punch, that successfully transferred over to the viewers.

Continuing with another captivating performance of their catchy number “BIM BAM BUM”, not only were their vocals striving once again, but also their dance moves caught the eyes of fans with its dynamic vibes.

The artists saved a bright and cute piece for their last stage. “Juicy” brought us back to the summer, when the track came out. With its sweet sound and the members’ precise movement, the group reminded of a holiday time near the sea.

During the question times, Rocket Punch expressed its wishes for the new year, which also included hopes of releasing more music and being active throughout the year. 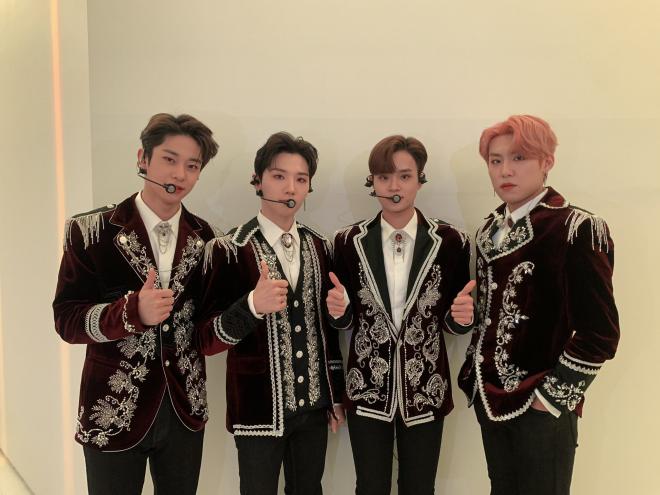 Another group that draws people in joined the stellar lineup, AB6IX marched in with a powerful and eye-catching performance of their latest song “Salute”. The boys had all the attention on them, shaking heart with their addictive number and stage energy.

Thing turned a bit sweeter with the next piece, “The Answer”. The members pulled out their playful side in this also catchy track. They showcased this through their expressions and fun dance moments, like lifting each other up.

The contrast continued with “Blind For Love”. Still addictive with its lyrics, the members grabbed the attention with their specific to the song dance moves and dedicated portrayal.

The idols did not miss the opportunity to present more of their charming points, such as their clear vocals in “Maybe” and the gentleness delivered with “Behind You”.

We got a good feel of the talent that these four boys harbor inside them. They stood out with both their slower and the faster tracks, delivered with fitting stages.

AB6IX are also one of the groups with a comeback this month. Just like Golden Child, the boys gave a brief sneak into the mood of their new song, as a way of exciting their fans more. 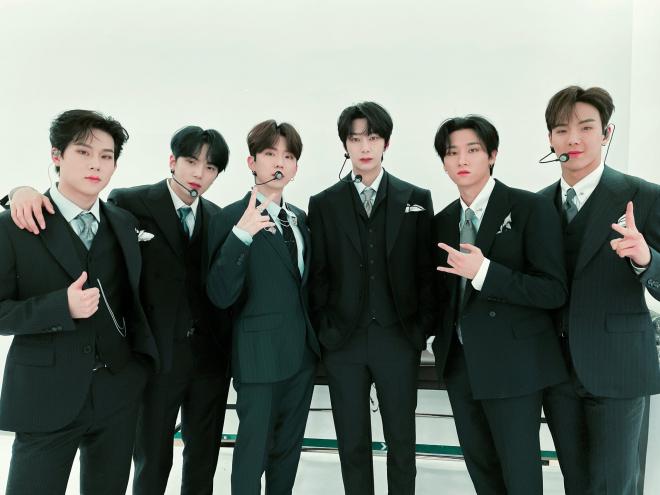 Global phenomenon Monsta X wrapped up the festival with a set of electrifying performances. The artists paraded powerful stages, as well as their more gentle songs. It was truly a riveting time with the boys and their music that reached and touched hearts in different ways.

Starting with their latest hit track “Love Killa”, the group most certainly proved they are here to “slay”. With their simple yet stylish suits, they made hearts beat fast and eyes unable to look away even for a second.

Following with a more relaxed track, “Night View” presented a dreamy atmosphere to melt into. On top of the beautiful melody, the members’ distinct and talented vocals further drew viewers’ attention on the stage.

The boys also performed one of their English tracks from the group’s all-English album ALL ABOUT LUV. “Someone’s Someone” melts away with its pretty lyrics portrayed by the members who briefly swayed along to the rhythm as they focused on their vocals and the message of the track.

The idols surprised with a performance of one of their older and much loved hit songs “Dramarama”. It felt ecstatic to watch this iconic power stage. Lastly, they finished off with the uplifting and hopeful “Stand Up”. The energetic performance put smiles on fans’ faces and delivered some cute interactions between the members.

Of course, would it be Monsta X if they did not shout their love for their precious fandom Monbebe at the end.