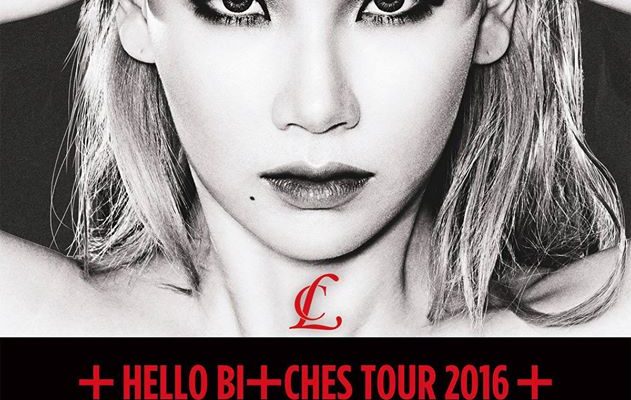 2NE1’s CL will soon embark on her North America Tour.

It was recently announced by YG Entertainment that 2NE1‘s frontman will kick off her ‘Hello Bitches Tour 2016’ on October 29 at the Hammerstein Ballroom in New York. She will cap off at Sound Academy in Toronto on November 14, with a total of nine cities which will witness CL‘s foray as a Korean solo artist.

Her solo debut single Lifted has since taken off and stood ground on the Billboard Music Charts and iTunes, and prominent US media outlets took notice as well.

CL’s recent appearance on The Late Late Show with James Corden, a CBS talk show, proves to be a strong introduction and unstoppable presence in the American music scene.